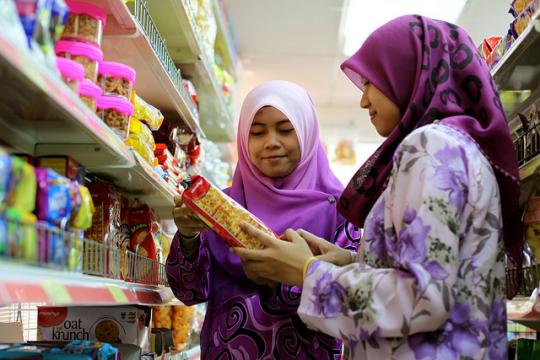 Let me start with a disclaimer: I am overweight.  My kids and my wife keep telling me that I need to be mindful of what and how much I eat and be more disciplined with my exercise regime.  Why do people like me have to listen and heed this advice?

The reason is simple.  As was recently noted on the occasion of the World Diabetes Day, the overweight-obesity-diabetes continuum is an exploding health threat that urgently needs to take the public spotlight.  Data from the International Diabetes Federation (IDF) and the World Health Organization (WHO) paint a picture of a silent, undiagnosed, and uncontrolled diabetes epidemic that has spread across the world and that increases the incidence of a variety of health conditions and the likelihood of an early death.

Indeed, the numbers are sobering. Diabetes, particularly Type 2 diabetes that accounts for 90% of cases globally and which is largely the result of excess body weight and physical inactivity, already affects 400 million people in 2014, particularly those between 40 and 59 years of age. And more than 21 million live births were affected by diabetes during pregnancy adding to the burden.

Diabetes results in more than 5 million deaths annually and incurred almost US$612 billion in health-related expenditures in 2014 alone.  This is not only a problem of the rich -- or the rich world-- as commonly assumed;  about 80% of people with diabetes live in low- and middle-income countries.

We should be clear that this public health problem is not going away, but rather stands to grow more challenging in the years ahead as it is rooted in ongoing societal changes.  Rapid urbanization is one such change, particularly in the developing world, where internal migration to megacities is altering the spatial distribution of the population and changing traditional diets and lifestyles.  The aging of the population is another contributor, as it results in the natural deterioration of multiple organ systems which contributes to the onset of diabetes.

China exemplifies both of these phenomena.  While rising incomes, an improved food supply, and a variety of food products have contributed to significant reduction in malnutrition and improved health status in China over the past 20 years, decreased physical activity in cities and skyrocketing consumption of processed foods, fast food, and sugar-rich soft drinks, have led to a significant increase in prevalence of overweight and obesity, particularly among adolescents.  As a result, the prevalence of diabetes increased from less than 1% recent in the 1980s, to about 10% in the late 2000s.  Now China has the greatest number of  diabetics in the world--96.3 million--followed by India’s 66.8 million, and the U.S., with 25.8 million.

Countries in other regions are also experiencing this public health challenge.  South Africa, Ghana, Gabon, Cape Verde, and Senegal have already relatively high levels of obesity/overweight, low levels of underweight in women, and high intakes of energy and fat. In the Middle East and North Africa, 1 in 10 adults has diabetes.  In South and Central America, the number of people with diabetes are estimated to increase by 60% by 2035 if current trends continue.

In Southeast Asia, almost half of people with diabetes are undiagnosed.  Diabetes prevalence among adults in the Pacific Islands is among the highest in the world; 47% in American Samoa compared with 13% in mainland U.S.  Prevalence ranges from 14% to 44% elsewhere in the region.

What to do?  Prevention plays a big part, since the majority of the costs related to diabetes are spent on treating complications, which can affect the heart, eyes, kidneys, and feet.  These complications can be prevented through information, education, and communication activities to raise public awareness about the health risks from obesity and high sugar intake; adoption of regulatory and fiscal measures from labelling foods to taxation; public and private sector policies to nudge increased physical activity (e.g., reimbursements by companies for the cost of fitness center memberships of their employees); and early diagnosis and proper management of diabetes as part of accessible and affordable integrated care services.

While available and new treatments could help improve the life of diabetes patients, the top priority must be prevention.  A good example of what to do is offered by Mexico, a country that has the highest prevalence of obese and overweight individuals among the world’s most populous countries—with 7 out 10 adults considered overweight or obese and an estimated 70,000 diabetes-related deaths in 2014.

The government of Mexico, with the support of international partners such as the Bloomberg Foundation, is not only leading public awareness-raising efforts about the negative effects of obesity, the leading factor of type 2 diabetes, and disseminating the findings of research on the economic and health impact of soda taxation, but more importantly is implementing a 10% tax on sugar-sweetened beverages and an 8% tax on junk food. Mexico’s Congress enacted these taxes in November 2013 to increase the price of these products and reduce consumption.

If these preventive measures are adopted and sustained over the medium term, IDF assessments indicate that more than 70% of type 2 diabetes cases can be prevented or delayed--equivalent to up to 150 million cases by 2035.   But, as shown by Mexico’s pioneering effort, reaching this outcome will require concerted, multisectoral policies and actions by the government as a whole and not only by Ministries of Health.

If no serious prevention efforts are mounted, the growing tide of obesity and diabetes will overwhelm health systems and make diabetes treatment unaffordable, particularly for millions of poor people across the world.


Related:
2014 IDF Diabetes Atlas
Toward a Healthy and Harmonious Life in China: Stemming the Rising Tide of Non-Communicable Diseases
The challenge of non-communicable diseases and road traffic injuries in Sub-Saharan Africa : an overview
Prevention of health risk factors in Latin America and the Caribbean : governance of five multi sectoral efforts
Healthier workplaces=healthy profits