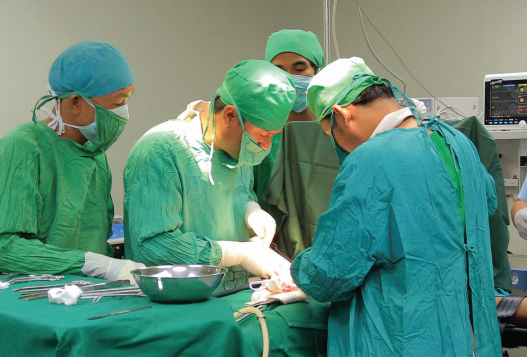 The past few decades have seen enormous changes in the global burden of disease. Although many people, especially those living in (or near) poverty and other privations, are familiar with heavy burdens and much disease, the term “global burden of disease” emerged in public health and in health economics only in recent decades. It was coined to describe what ails people, when, and where, and just as reliable quantification is difficult, so too is agreeing on units of analysis. Does this term truly describe the burden of disease of the globe? Of a nation? A city?

We have also learned a thing or two about how to assess this global burden, and how to reveal its sharp local variation and transformation with changing conditions ranging from urbanization to a global rise in obesity. Measuring illness has never been easy, nor has attributing a death—whether premature or at the end of fourscore years—to a specific cause. Even countries with sound vital registries generate data of varying quality, given that cause of death is rarely confirmed by autopsy. When nonlethal or slowly debilitating illness is added to considerations of burden of disease, the challenge of both measurement and etiologic claims can appear overwhelming.

The challenges of measuring the burden of disease only get more complex when attempting to use the category of surgical disease. For starters, even experts do not agree on definitions of ostensibly simple terms such as “surgical disease”. Some illnesses rarely considered to be surgical problems pose threats to health if neglected long enough. Some trends are clear, however. Take the examples offered by Haiti and Rwanda, where different types of trauma (intentional or the result of crush injuries) account for a majority of young-adult deaths. How many of these deaths are classified as attributable to surgical disease?

A sound grasp of the burden of disease is essential to those seeking data-driven methods to design and evaluate policies aimed at decreasing premature death and suffering. But surgical disease was not often on the agenda. The immensity and complexity of the task of quantifying the surgical burden of disease has led many to avoid that task, leading to an analytic vacuum with adverse consequences.

For too long, the global health movement has failed to count surgery as an integral part of public health. Prevailing wisdom dictated that the surgical disease burden was too low, surgical expenses too high, and delivery of care too complicated.

Nine years ago, the second edition of Disease Control Priorities in Developing Countries, changed this paradigm. Published in 2006, it included, for the first time in a major global health platform, sustained attention to surgery. The editors sought to marshal the experience of its contributors to help quantify and classify the burden of surgical disease. Admittedly, this most widely cited estimate of surgical need—11 percent of the global burden of disease was surgical—was based on the best educated guesses of a convenience sample of 18 surgeons on an online survey. Nonetheless, this figure was later validated by the common experience of providers and patients alike from the poorest reaches of the world: the burden of surgical disease was never trivial.

The third edition of Disease Control Priorities (DCP3), which will be released in nine volumes over the next 18 months, builds upon this foundation and substantially improves it. It enhances our understanding of the second edition’s pioneering work with more robust methodology. Over the years, researchers—led by the editors of and many of the contributors—have devoted attention to cancers, orthopedic injuries, disfigurements after burns, congenital defects such as cleft lip and palate, blindness from cataracts, and the many causes of death from acute surgical needs. DCP3’s first volume, Essential Surgery, collates the knowledge gained through the increased attention to global surgery since 2006.

Essential Surgery underlines the central importance of surgical care because, by these measures, surgical disease is thought to account for a significant portion of the global disease burden. Essential Surgery helps definitively dispel many of the myths about surgery’s role in global health, in part by showing the very large health burden from conditions that are primarily or extensively treatable by surgery. It dispels the myth that surgery is too expensive by showing that many essential surgical services rank among the most cost-effective of all heath interventions. Essential Surgery begins to dispel the myth that surgery is not feasible in settings of poverty by documenting many successful programs that have improved capacity, increased access, and enhanced quality of surgical care in countries across the globe.

As argued many times in the past—and worth repeating to clinical colleagues, students, trainees, and diverse interlocutors—global surgery is one of the most exciting frontiers in the quest for global health equity. Patients and providers, along with those who set and evaluate policies, will want (or need) to join this quest if we are to avert unnecessary suffering. We all have cause to be grateful for the many individuals whose time and energy have been invested in producing the wealth of knowledge presented in the Essential Surgery volume of DCP3.

The nine volumes of Disease Control Priorities will be published by the World Bank Group and released over the next year and a half, with Essential Surgery the first on March 26. Co-Founder of Partners In Health

Thanks Paul for bringing to the table essential surgery as a vital intervention to deal with conditions that are primarily or extensively treatable by surgery. This is a great example that illustrates the urgent need to move away from specific disease categories or to combine disease-specific programs with broader approaches for health improvement so that positive synergies are capitalized and negative impacts minimized. The time for greater integration of service delivery along a care continium--from primary prevention, clinical services for individual-level prevention, treatment, care and rehabilitation--has arrived to avoid the traditional false dichotomies that have plagued the global public health discussion. So let's promote essential surgery as a "treatment as prevention" and effective care approach that can save lives, reduce the incidence of short-term disability, and dramatically improve long-term consequences for patients and their families.