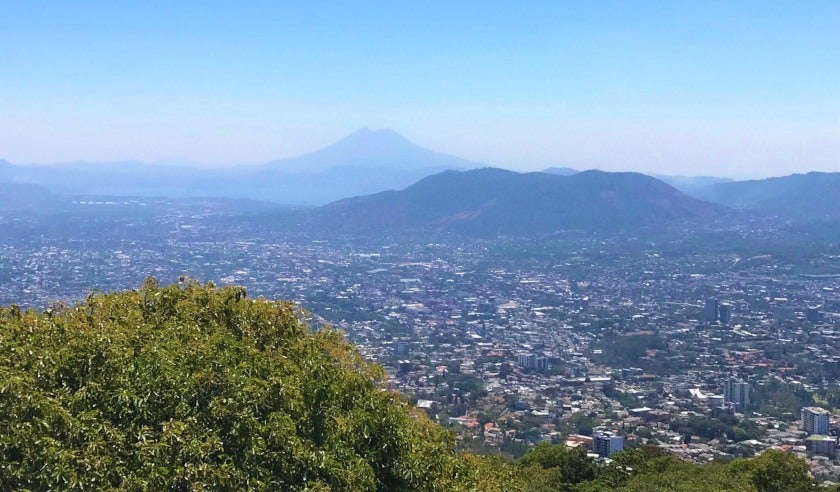 In a recent visit to El Salvador, the smallest, yet beautiful most densely populated country in Central America, I attended an international event organized by the Secretariat of the Framework Convention on Tobacco Control (FCTC) for the FCTC 2030 project.  During this event, I had the opportunity to learn from government officials and the Solidarity Fund for Health (FOSALUD) team about the significant tobacco control steps taken by the country.

According to data presented at the event, 1 in 10 adults in El Salvador smoke; the prevalence of current cigarette consumption is 17 percent among men, 2 percent among women, and 10 percent among young people.  Data from the IHME Global Burden of Disease study indicate that, in 2016, of the more than 1,600 tobacco-attributable deaths in El Salvador, almost half of them were premature deaths (before the age of 70 years). This contributed to an estimated 34,000 years of life lost due to tobacco-related premature mortality and disability. Besides these impacts, an assessment done by FOSALUD with the support of the FCTC Secretariat, UNDP and PAHO/WHO, estimates that tobacco use causes significant economic losses, including both health care costs (US$115.6 million) and loss of productivity (US$148 million), amounting to US$264 million or 1 percent of El Salvador’s GDP.

The good news is that El Salvador has responded strongly to this social and development challenge.  Since its establishment by law in 2004, FOSALUD, has been leading the tobacco control effort, under a funding arrangement that allocates up to 35 percent of tax revenues from tobacco, alcoholic beverages, arms and ammunition to implement preventive campaigns to control tobacco and alcohol consumption, as well as for cessation services.

This sustained effort over the past decade has paid off.  Following ratification of the FCTC, El Salvador now has a strong legal tobacco control framework, including a comprehensive smoke-free public space legislation adopted in 2015, prohibition of advertising, promotion and sponsorship by tobacco companies, graphic health warnings covering 50 percent of cigarette packs, and free and accessible cessation services for people who want to stop smoking.

Tobacco excise taxes, both specific and ad-valorem, have also been hiked up regularly over this period, representing 41 percent of the average retail price of a 20-cigarette pack. As a result, the price of a pack of the most popular cigarette brand in El Salvador increased from US$1.4 in 2008, to US$1.75 in 2010, and US$1.95 in 2012; an increase of 39 percent in four years.  By 2016, the price rose to US$2.0.  More importantly, between 2012-2016, cigarette price growth in El Salvador exceeded both inflation and per capita GDP growth, thus leading to a reduction in the affordability of cigarettes.  Indeed, while cigarette prices increased by 70.6 percent, inflation rate rose by 9.6 percent, and GDP per capita by 10.4 percent.

All these actions, particularly the hiking of tobacco taxes that increased prices and reduced the affordability of cigarettes, contributed to reduce tobacco use in El Salvador.  Annual cigarette consumption decreased from 1.5 billion cigarettes in 2002-2009, to 0.75 billion cigarettes in 2015-2016. Smoking prevalence surveys also show that smoking prevalence among adults declined between 2005-2014 period, as well as among teenagers between 2003-2015. 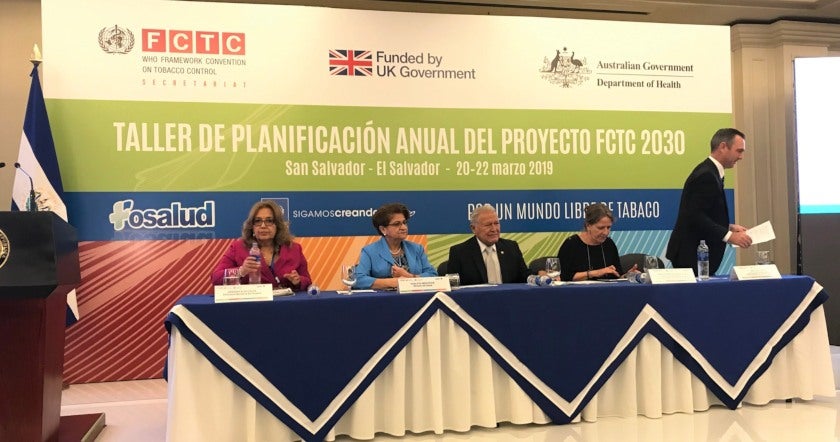 FOSALUD’s outstanding leadership and impactful work has been recognized internationally. It received the Bloomberg Philanthropies Award for Global Tobacco Control during the 2018 World Conference on Tobacco or Health held in South Africa.

Moving forward, additional focused work needs to be done to reduce the health risks associated with tobacco-attributable diseases and save lives.  The specific excise rate for cigarettes, along with the ad-valorem rate, for example, would need to be annually increased to ensure continued reduction in tobacco price affordability, and hence in consumption. This strategy would also increase excise revenues, which could contribute to domestic resource mobilization efforts recommended by a recent IMF mission to the country. In addition, tobacco use surveillance and monitoring would also need to be further developed in El Salvador, including regular collection of information on cigarette prices, sales, and revenue collection, in addition to the undertaking of smoking prevalence surveys that help distinguish daily, current and ever smokers’ categories of users. The adoption of effective policies and institutional reforms and enforcement measures would be key to counteract tobacco smuggling and other kinds of illicit tobacco sales in line with the provisions of the FCTC Protocol to Eliminate Illicit Trade in Tobacco Products, that is yet to be ratified by the country.

I left San Salvador convinced that under the leadership of FOSALUD, El Salvador will continue to actively strengthen its tobacco control effort.  This conclusion was reinforced by considering the “can-do” spirit of the Salvadoran people despite all odds in life.