Financing health for all 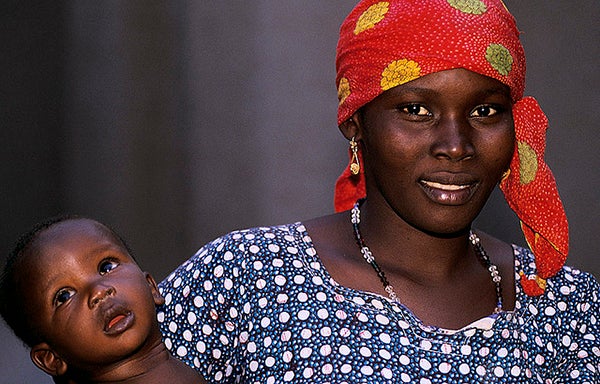 Universal health coverage, a pillar of sustainable development, is highlighted in Agenda 2030, to promote health and well-being for all. Propelled by the United Nations and global partners, the universal health coverage movement has gained momentum, calling on countries to scale up efforts so that every person—but especially the disenfranchised and most vulnerable amongst us—can access affordable, quality care.

Despite international mobilization, 400 million people still lack access to basic health services. Every year, about 150 million of those who do have access to health care are subjected to financial ruin, and almost 6% of the population in low- and mid-income countries are tipped or pushed further into extreme poverty because of out-of-pocket health expenditures.

As we start to implement the new development agenda, we must act on these gaps, or the world’s poor and particularly women, children and adolescents risk being left behind. Universal health coverage goes hand-in-hand with health systems strengthening and resilience, key action areas of the Every Woman Every Child movement and its Global Strategy for Women’s, Children’s and Adolescents’ Health, launched by UN Secretary-General Ban Ki-moon along with the Sustainable Development Goals (SDGs).

Increased global awareness of  the importance of universal health coverage follows major development milestones. Public health improvements, including sanitation, which, together with medical breakthroughs, have helped control diseases like smallpox and polio, reducing premature deaths. In order to have an even greater impact on public health, we must now change how health is financed and how health systems are organized.

For a long time, getting health care has meant first paying a fee—a practice that burdens the sick and those in the greatest need. For many, it also means choosing between their own health or financial ruin.

As more and more countries move toward universal health coverage, we must find financing mechanisms that minimize out-of-pocket expenses. Pre-payment and pooling, as well as more efficient use of available funds, have been suggested as alternatives. By spreading costs across the whole population, everybody would contribute, but a lot less. Those requiring treatment for serious diseases would be spared from extremely high costs. Illness would no longer regularly bring financial catastrophe.

The Global Financing Facility in support of Every Woman Every Child (GFF), a key financing platform for the implementation of the Global Strategy for Women’s, Children’s and Adolescents’ Health, can also help countries prioritize the most vulnerable. By blending domestic and international, public and private resources, aligned behind country-led plans, the GFF represents an innovative way to grow financing for women, children and adolescents’ health.

There isn’t one single model to achieve universal health coverage: steps can be taken in different ways. Each country must develop its own path, but adapting, rather than adopting, what others do, makes more sense in a world where countries' domestic finances are increasingly more important.

The global community has to also think—and act—to ensure that quality care is available in crises and emergencies. Women, children and adolescents bear extraordinary burdens in such circumstances. As displaced persons, refugees or migrants, and without access to health and other support systems, their needs are rarely met.

Fifteen years from now, we hope that every person has access to quality and affordable health care, everywhere. Healthy, educated and empowered women, children and adolescents can bring about the change to create a more sustainable and peaceful future for all. For this vision to happen, we must redouble our efforts to ensure more equitable systems for health coverage that is genuinely universal.

Nana Taona Kuo is the Senior Manager of Every Woman Every Child in the Executive Office of the United Nations Secretary-General.

Launched by UN Secretary-General Ban Ki-moon in 2010, Every Woman Every Child is an unprecedented global movement that mobilizes and intensifies international and national action by governments, multilaterals, the private sector and civil society to address the major health challenges facing women, children and adolescents around the world.