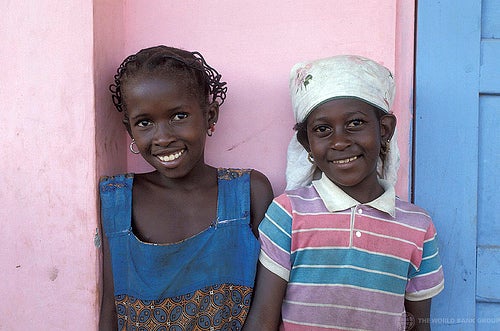 As a newcomer in my new post in Accra, I am starting to learn about Ghana’s achievements and challenges.  I have been impressed with some innovative policies and measures adopted to address difficult development challenges in the social sectors.

This week the country is celebrating the 10th anniversary of the National Health Insurance Scheme (NHIS).  This scheme is mandatory for all residents and largely funded from general tax revenues and a specifically levied ad valorem tax* on goods and services.  The enrolled beneficiaries are entitled to receive a broad package of services covering 95% of the disease burden.  While many challenges remain for achieving the universal health coverage goal, the institutional building blocks are firmly in place to continue to improve and innovate for providing financial risk protection to the Ghanaian people against the impoverishment impact of out-of-pocket health care expenditures.

The celebration is justified as a lot has been accomplished in a short period of time.  Since its establishment in September 2003 following a series of pilots in different districts, many policy and institutional measures  have been launched to support the growth and expansion of coverage from a membership base of 1.3 million in 2005 to 9 million in 2012 (about 35% of the total population).

Some of these measures merit highlighting, such as the development of an ICT platform in 2007, the introduction of the Free Maternal Program in 2008, the development of a formal accreditation system for service providers in 2009, the institutionalization of a clinical audit system to improve patient care and outcomes, the establishment of the Claims Processing Center in 2010, and the creation of a Call Center in 2012 to facilitate the interaction with the members of the scheme.

And currently, the National Health Insurance Authority, which runs the scheme, is rolling out an instant ID card regime with biometric registration that includes details such as fingerprints and pictures for efficient authentication of members at health facilities to prevent fraud and abuse. Also, arrangements are underway to undertake electronic claims processing to pay services providers on time, introduce uniform prescription forms, and review capitation as a provider payment mechanism.

As the scheme evolves into the future, a widely acknowledged critical challenge is how to accelerate the enrollment of the rest of the population, particularly the poor and vulnerable, so that the universal health coverage ideals are realized, but in a manner that ensures the financial sustainability of the scheme. It is expected that after the successful completion of the pilot project to register new beneficiaries onto the NHIS and to process membership renewals biometrically that began in mid-2013 in two districts, Ayawaso and La, in the Greater Accra region, a nation-wide scale-up of this exercise will follow. While this measure will help increase population coverage, the long term sustainability of the scheme would perhaps require a broader discussion on the content of the benefits package, measures to promote the rational use of drugs, and possible complementary funding sources.  With the expansion of coverage, a concerted effort to improve the supply of quality health services across the country would also be required—from infrastructure and technology improvements to medical care delivery in accordance with evidence-based norms and guidelines that promote integrated health service arrangements along a care continuum.  Equally important to the registration of new beneficiaries, particularly the poor, would be the need to inform and educate the public about the benefits of the scheme (e.g., the free maternal care services) so that they can be motivated to register and be empowered with an informed “voice” to demand good services from providers.

While a good share of problems and challenges exist, Ghana’s experience has a lot to offer to other countries still struggling to find a path towards universal health coverage.  So, a warm “happy birthday” to the Ghana NHIS is amply deserved.

Having been engaged with the Ghana health sector since 1996, I find it really encouraging that a (self declared) newcomer looks at NHIS as a glass half full! I was one of many so called experts advising against this scheme before the inception, and we were fortunately proved wrong! I have like Patricio been continuously impressed by the NHIS' innovations and its ability to address challenges. Yes, there are still many and difficult problems, some of which pointed out above, but not many back in 2003 would have dreamt that the scheme would be where it is only 10 years later. More happy birthday to NHIS and a big congratulation to Ghana.

Thank Finn for your candor and comment. As I been able to see elsewhere, the Ghana experience clearly illustrates that the building of institutions and systems is a medium term effort that is required to ensure the sustainability of development programs. Those of us working in international agencies will do well to understand that to effectively support countries in operationalizing the social aspirations and goals of governments and citizens, we need to strike a better balance between the pursuit of short-term “easy wins” or “results”, usually associated with traditional investment projects, and “medium- term engagement” approaches that are sometime painfully slow and fustrating but that are required to construct strong and effective institutions and systems.

Ghana is to be commended for early efforts to provide a comprehensive health service to all, in collaboration with the communities and health providers. These efforts are to be upscaled by linking them to the social protection network, and making sure the poor have access to health service, by reducing the economic barriers to reach a health center and/or buy medicines. Thanks Patricio for sharing this good practice.

Thanks Dante. It should be interesting to note that this week a delegation from Tanzania led by the Minister of Health is visiting Accra to learn about the Ghana NHIS experience, focusing on areas such as the financial model, risk management, legal framework, provider payment mechanisms, accreditation. quality assurance, and financial and fund management. In other words, the Tanzanian delegation is concetrating on the existing institutional building blocks that are key for improving the scheme and addressing its many challenges.

congrats to my country Ghana but the authorities should do more to get rid is the corrupt officials. thanks too Patricio.

Please take into account that the Ghana NHIS 10TH ANNIVERSARY CONFERENCE “TOWARDS UNIVERSAL HEALTH COVERAGE: INCREASING ENROLLMENT WHILST ENSURING SUSTAINABILITY” is scheduled to take place on November 4 – 6, 2013, as organized by the National Health Insurance Authority, in Accra, and as sponsored by different international such as the Rockeffeller Foundation and USAID. The WB also sponsors it.

Thanks, Patricio, for sharing your thoughts on Ghana's National Health Insurance Scheme. I had the opportunity to learn a bit about the health system there and was impressed by their insurance scheme. I also heard an interesting comment about how the use of biometric information may make it more difficult for people in the rural areas to enroll, given that many of them rely on friends and colleagues to take the paperwork to enrolment offices located far away from their villages. I imagine these issues are taken care of, but it just strikes me as yet another example of the importance of taking into account the customer/user when designing processes and innovations.