Almost a half century ago, the U.S. government declared war on cancer with a law that sharply increased funding for research. This research, along with global efforts, has produced new treatments and preventative measures extending survival and reducing death rates. In fact, cervical cancer, a type which kills 250,000 women annually—90 percent of them in developing countries—could be eliminated, with global access to existing vaccines and early detection. 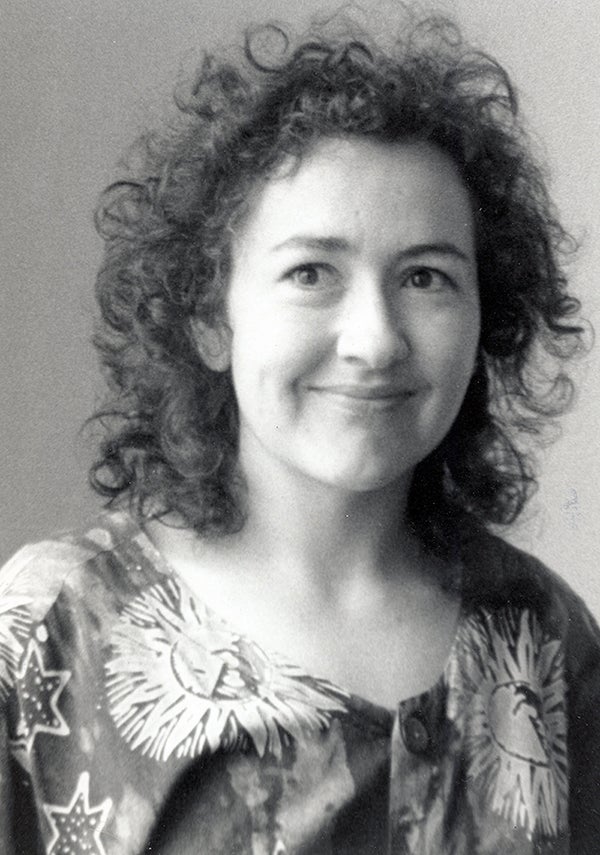 Melitta Carter, a mother of three children and wife of Laurence Carter, World Bank Senior Director for Infrastructure, Public Private Partnerships and Guarantees, lost her battle with cervical cancer in 2015. Laurence is taking a break from his career to raise money for cancer research and to increase awareness of how we can achieve the first eradication of a type of cancer. He stopped to talk about his quest with IFC.

What exactly are you doing and why?

From June 2018 to June 2019, I’m walking 3,500 miles around the coast of England and Wales. The idea is to walk 10 to 12 miles a day, most days, apart from holidays.  My wife, Melitta, the mother of our three children, a sister, a daughter and a beloved friend to many, died from cervical cancer.  I am doing this to raise awareness that we can eradicate this disease in this generation.  I am also raising funds for Cancer Research UK for a research project at the University College London led by Dr. Jo Waller. She’s investigating how to get more people to get vaccinated and regularly screened for cervical cancer. 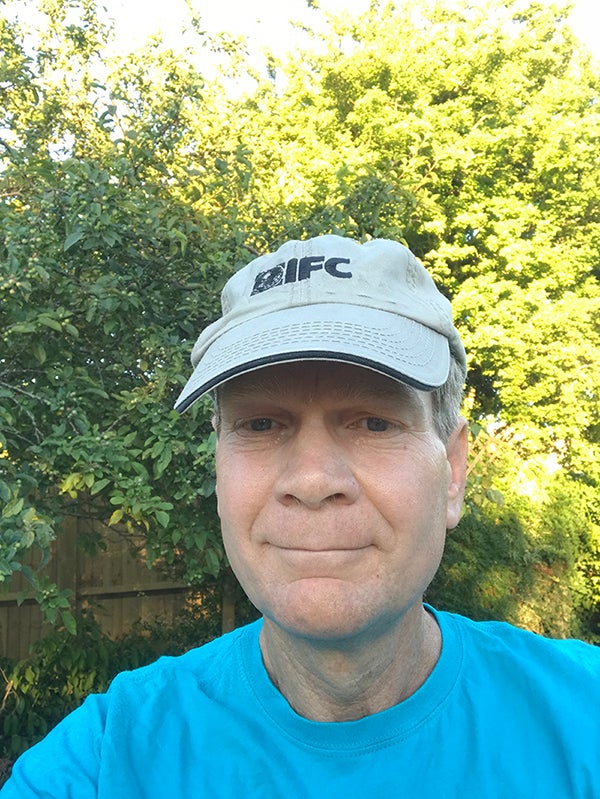 The first month has gone well. I’ve walked around 400 miles, and have been joined by a wide array of friends and relatives. England’s unusually warm, sunny weather has helped.

What factors put this victory over cervical cancer within reach?

Cervical cancer is caused by a virus, HPV. Around 8 out of 10 of people are exposed to it at some point in their lifetimes.  Early screening can catch cell changes before they become cancerous. In the UK, around 28% of women miss their screening appointments. If that number falls, more women will live. Now, we also have a safe and effective vaccine to immunize women from contracting the virus in the first place.  In Australia, ten years after its introduction, HPV infection among young women has fallen by 90 percent! England just released similar results. In that age group, hardly anyone can ever get cervical cancer.

Every other week there are new articles about the efficacy of the HPV vaccine. It’s just a matter of rolling out vaccination and screening programs more aggressively in more countries.

Cervical cancer is a major type of cancer in developing countries. Why doesn’t it get the attention it deserves?

I think that gynecological cancers are where breast cancer was about 25 years ago. Awareness is gradually increasing, but too many people think we shouldn’t talk about it. Vaccination and screening have been shown to work. What’s missing is awareness. Take myself as an example. When I turned 50, my wife reminded me to have a prostate exam and a colonoscopy. But I never thought to remind her to go for her pap smear. I don’t think my ignorance was unusual. She was just a few months late, and in the end, that was the difference between life and death. We all need reminding every now and again to look after ourselves.

Are women in emerging markets more likely to die from cervical cancer than women in developed countries?

There is a wide gap between developed and developing countries, in terms of burden of disease and funding. Death rates are highest in sub-Saharan Africa. It’s partly because those countries haven’t had the resources for screening programs. We are seeing a welcome push for universal health coverage in developing countries and cervical cancer screening, diagnosis, and basic treatment in benefit packages should be part of that agenda.  Vaccination programs should make a huge difference.  For example, in Rwanda, they’ve vaccinated over 90 percent of girls in the relevant age range, which will virtually eliminate the chance of that cohort getting cervical cancer.

Has there been resistance or outright opposition to HPV vaccination campaigns?

Unfortunately, some people believe that vaccinating girls promotes promiscuity. In some countries there has been an anti-vaccine movement that is not backed by evidence. HPV vaccines have been studied for more than a decade and are some of the most tested in the world. They are shown to be very safe and effective.

Is it important to vaccinate boys too?

Girls are the priority, as only they can get cervical cancer. But if the country can afford it, vaccinating boys helps accelerate herd immunity, and there is some evidence HPV can lead to some cancers for boys as well.  In the UK, the National Health Service will soon extend the vaccination program to boys.

How much does the vaccine cost and what can be done to make it more affordable?

The cost of the vaccine is coming down sharply. It is now being purchased by GAVI, The Vaccine Alliance, for around $4.50 a shot. Two injections are required for immunity.  But only the world’s poorest countries are eligible for Gavi support, so there remains an important role for vaccine producers to scale up and reduce costs. Even in higher income countries, there is inadequate access to vaccines and screening for poor people.

Many other costs must also be factored in, including the cost of training medical personnel, communicating to parents and women, undertaking the procedures, and dealing with follow-ups.  Eliminating this cancer will require coordination between governments, the World Health Organization, GAVI, development institutions, donors, pharmaceutical companies and civil society. It sounds complicated, but I think we can do it.

Has anything surprised you about your walk?

To be honest, I hadn’t realized how something like this can release all sorts of positive energy, not just from friends and family, but from a lot of people I don’t know. As well as all the contributions of help, time, and funding, it’s been great to see how many people have been joining me for a leg or two. And I’ve received many messages from people saying this reminded them to schedule an appointment for themselves or for their child. It’s most heartening! Good show Laurence. Good luck. Sorry to hear about Melitta. I did not know. I believe I met her in Dhaka in 2006/7

A truly inspiring blog! Best wishes for you in months ahead for accomplishing a noble endeavor.

Laurence,
What a beautiful tribute to your wife Melitta.
You turned your sorrow into something hopeful and humbly bringing awareness about the ways to avoid this terrible disease.
I wish you all the best and hope the walk keeps being enjoyable and there are not too many blisters on your feet!

Dear Laurence:
Thank you so much for honoring your beautiful wife in this special way. Thank you for raising awareness that we can indeed eradicate cervical cancer in this generation. May God bless you abundantly for such a sacrifice. Well done on achieving so much already.
Warmest regards, Arunma Oteh

Laurence,
We have been following your journey from afar. We are inspired by you and your cause, and cheer on your every step.

Dear Laurence,
May Melitta Carter, your wife and mother of your children rest in peace.
Thank you so much for sharing with us this testimony and incredible project for the sake of human beings. Your contribution to humanity is amazing.
Yes, indeed, raising awareness counts a lot in decision-making process, offering or asking health services as soon as possible.
All the best. May God bless you family and the large network along your way.
Pulchérie

Hello Laurence - Guy told me about Melitta in Nice last week. We are so sorry. Hopefully, we can talk. I am a Western test patient for a new platinum cancer drug. Mike in DC

Laurence. I am so sorry about Melitta. And so proud you are doing allá this awareness . From Bogotá I send you a Big hug as well yo Emily, Nicholas and George.