Neglected Diseases of Neglected People: The Case for Investing in Neglected Tropical Diseases 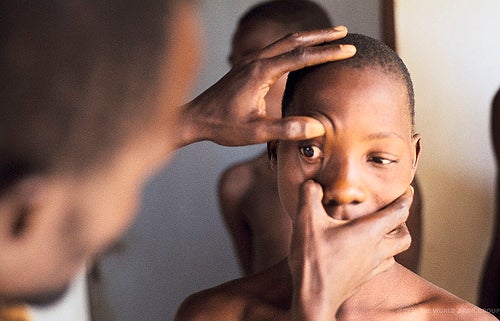 Infecting more than 1 billion people globally, the 7 major Neglected Tropical Diseases (NTDs) cause blindness, disfigurement, anemia and cognitive impairment, and yet can be controlled or even eliminated by taking pills once or twice a year.NTDs are not simply neglected in terms of awareness and resource allocation but also in the sense that they affect some of the most neglected communities on the planet – those at the end of the road, those for whom fresh water and hygiene are challenging and those whose access to the health care is limited.

In fact, diseases such as river blindness, elephantiasis, trachoma, bilharzia, and various types of worms are so closely linked with poverty that they can be used as effective indicators to gauge the success of health systems in terms of equity.

Last month, I joined a panel in Washington D.C. to discuss the launch of a new report, The Economic Case for Neglected Tropical Disease Control and Elimination from the Hudson Institute and the Global Network for NTDs. The report cites investment in NTDs—which include onchocerciasis (river blindness), elephantiasis (filarial) as one of the “best buys” in public health, offering a highly cost-effective intervention with far-reaching macroeconomic and equity benefits.

Indeed, the actual cost of NTD programs is close to zero for most diseases, due largely to drug donations from the pharmaceutical industry. But also because most NTDs can be controlled simply, often with a single pill once a year, offering the opportunity for integration into community health systems, and thereby further reducing the cost. With estimates as low as $0.50 per person per year, the health and macroeconomic benefits to treating these debilitating diseases quickly outweigh this minimal investment.

This isn’t just theory. There is strong empirical evidence of successful NTD programs. For example, the African Programme for Onchocerciasis Control (APOC), led by WHO with the support of many partners through a World Bank trust fund, is operated by governments in 28 countries and reaches 95 million people every year. The program has freed up 25 million hectares of arable land, effectively assured that people no longer go blind from onchocerciasis (more commonly known as river blindness), and has interrupted transmission in some countries.

With simple, cost-effective interventions and robust empirical support, the case for controlling and eliminating NTDs is as much about enhancing equity and reducing vulnerability as it is about health. The findings of the new report lend added weight to a global effort currently underway to tackle the seven major preventable NTDs through drug donations and existing community-level health systems. To the list of potentialy controled NTDs I propose to add taeniosis/cysticercosis by simple chemotherapy of human carriers of Taenia solium, confirmed or suspected. A longterm disregarded problem in comparison with vaccination attempts, treatment of pigs, coralling of pigs etc. etc.

We can together step up to end disease.