Do Cash Transfers Have Sustained Effects on Human Capital Accumulation?

Cash transfers are great – lots of people are telling you that on a continuous basis. However, it is an open question as to whether such programs can improve the wellbeing of their beneficiaries well after the cessation of support. As cash transfer programs continue to grow as major vehicles for social protection, it is increasingly important to understand if these programs break the cycle of intergenerational poverty, or whether the benefits simply evaporate when the money runs out…

The extant evidence on this question is growing, albeit still scant, and it is not particularly promising. For example, a recent paper by Araujo, Bosch, and Schady (2016), evaluating the 10-year effects of Ecuador’s Bono de Desarollo Humano cash transfer program, concludes that “…any effect of cash transfers on the inter-generational transmission of poverty in Ecuador is likely to be modest.”

In a recent paper, co-authored with Sarah Baird and Craig McIntosh, we report the effects of a cash-transfer experiment in Malawi more than two years after it ended, tracking a broad range of outcomes for females aged 18-27. Our earlier work has demonstrated the short-term effectiveness of cash transfers in improving school participation and test scores as well as reducing the incidence of pregnancy, marriage, psychological distress, and sexually transmitted infections during adolescence, indicating the possibility of finding longer-term improvements in well-being as young adults (Baird, McIntosh and Özler 2011; Baird et al. 2012; Baird, De Hoop and Özler 2013). In the new paper, following a pre-analysis plan, we first examine human capital accumulation, marriage and fertility, labor market outcomes, and empowerment among the beneficiaries to assess the persistence of the short-term effects. Then, as the majority of the study participants were married and/or had children at the latest follow-up, we examine their marriage market outcomes and their children’s physical development using data we collected on their husbands and anthropometric measurements of their children.

Here is a summary of our findings, which cannot possibly do justice to the paper, aided by some interesting figures: 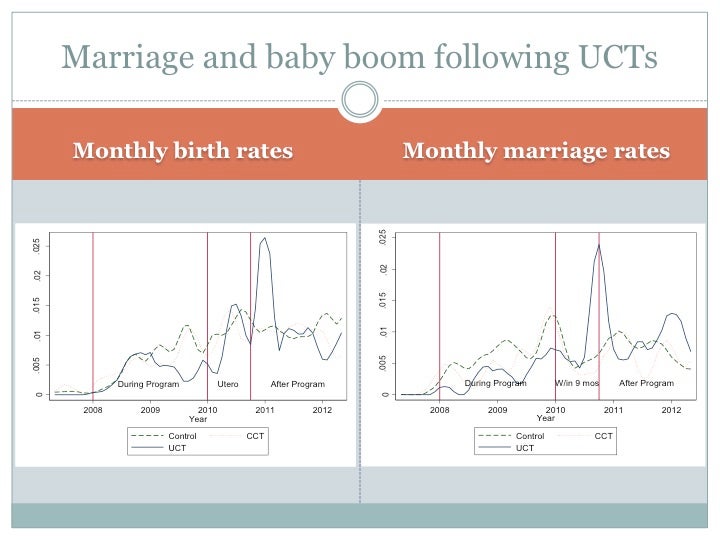 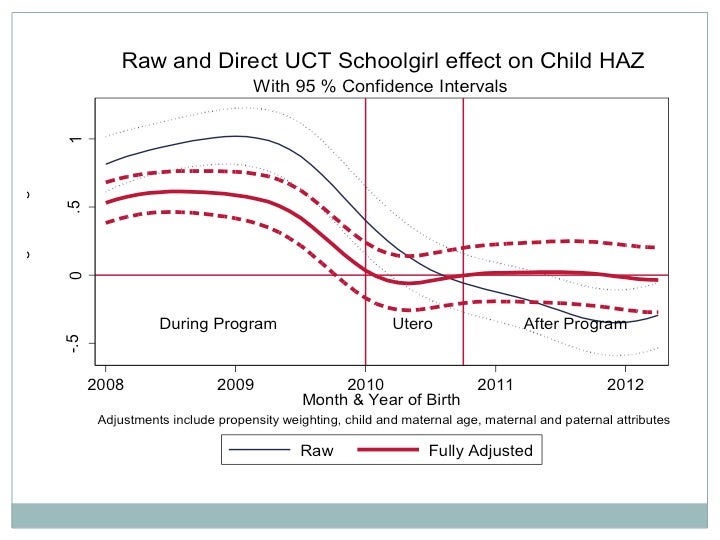 What are some of our takeaways for the design of cash transfer (and other) programs targeted to adolescents? Hi Berk, this is a very interesting post. Thanks for mentioning our paper. A quick note to mention the BDH is Ecuadorian, not Nicaraguan, there is a small typo in your post. Best wishes!

Hello Berk. I am researching issues of sustainable development in West Africa. Your blog was interesting. But, I wonder how the the UNICEF Office of Research - Innocenti Working Paper
WP-2017-11 | June 2017 sits with your conclusions. UNICEF appears to paint a more positive conclusion on the effectiveness of UCTs.
Kind regards
Darrold