Insights from 15 years of Fieldwork in Thailand

A new book Chronicles from the Field: The Townsend Thai Project provides a behind-the-scenes look at putting together one of the most impressive data collection projects in development  - Rob Townsend’s Thai data, which has conducted monthly surveys on a panel of Thai households for over 150 consecutive months, as well as annual surveys. The Townsend Thai data is available online and has spurred a number of research papers by Rob and his co-authors. This book looks at what it takes to produce all this data. 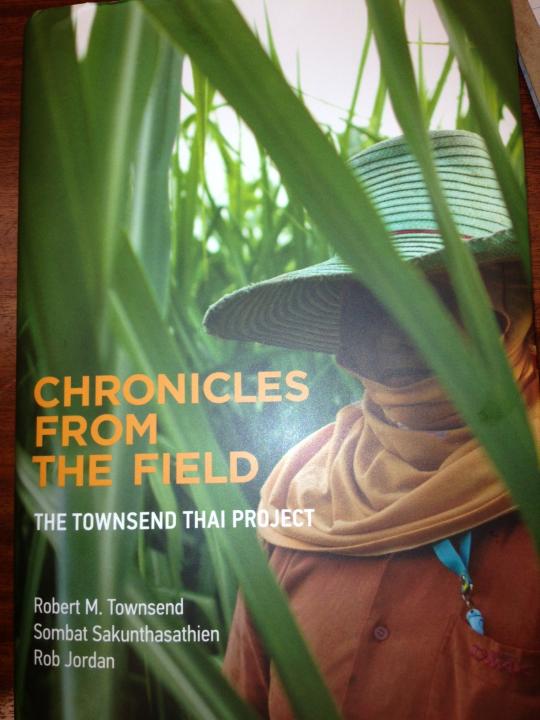 The book describes the origins of the survey, and provides plenty of detail about how the survey is run in the field. As well as the basic descriptions, we get to hear many of the challenges of doing surveys that never make it into the academic papers. Some examples I liked:
In running a survey for this long, one of the key challenges is in keeping both those being interviewed, and those doing the interview, motivated and willing to continue. The book discusses the approaches the Townsend Thai project has used to do both.

When the monthly survey began to dissuade households from cooperation, they broke the survey into modules to do over multiple visits – so now they get a visit 3-4 times a month for a shorter time (still up to 1.5 hours per visit). Interviewers from the local area, but not same village, are used, and encouraged to establish a rapport with those being interviewed. Small gifts are given at New Years (fish sauce, drinking glasses or blankets), sick interviewees are visited in hospital, and enumerators are encouraged not only to send a small gift, but also attend funerals and weddings.

To keep up morale among survey staff, a group vacation for the staff and their families is held in a beach or mountain area; staff are encouraged to have a second job or study to set themselves up for post-interviewing careers; and a voluntary group mutual fund was established to help them save and borrow. One nice feature of the book is provided profiles of some of the key members of the survey team – the journalist Rob Jordan is a co-author of the book and as a result the book is written in a much easier to read linguistic style that offers color and humor to these profiles.

The book is interesting reading for people involved in surveys or thinking about conducting one, and it is nice to see some of these insights and experiences from this fieldwork shared. The one area that I would have liked to hear about but which the book was pretty quiet on was the issue of the extent to which the Thai project shares findings with participants. I’ve blogged on this topic before, noting the tension in panel studies between not wanting to change behavior too much, yet wanting participants to get a sense of some of the uses of the data and the research findings from it.

I followed up with Rob Townsend on this, who told me that he is currently taking advantage of research findings from the 15 year-long monthly panel to give something back to the households. Randomly selected households will be given results from the research, and information on financial services providers that is not readily available to them, all with the explicit goal of seeing if this can help them with their financial decisions. The point is to see how much of an impact this has, if any. The regular panel data collection (with supplements) will be continued for both treatment and control groups. Results will be the next chapter of the Thai story.