The latest research in economics on Africa: The CSAE round-up 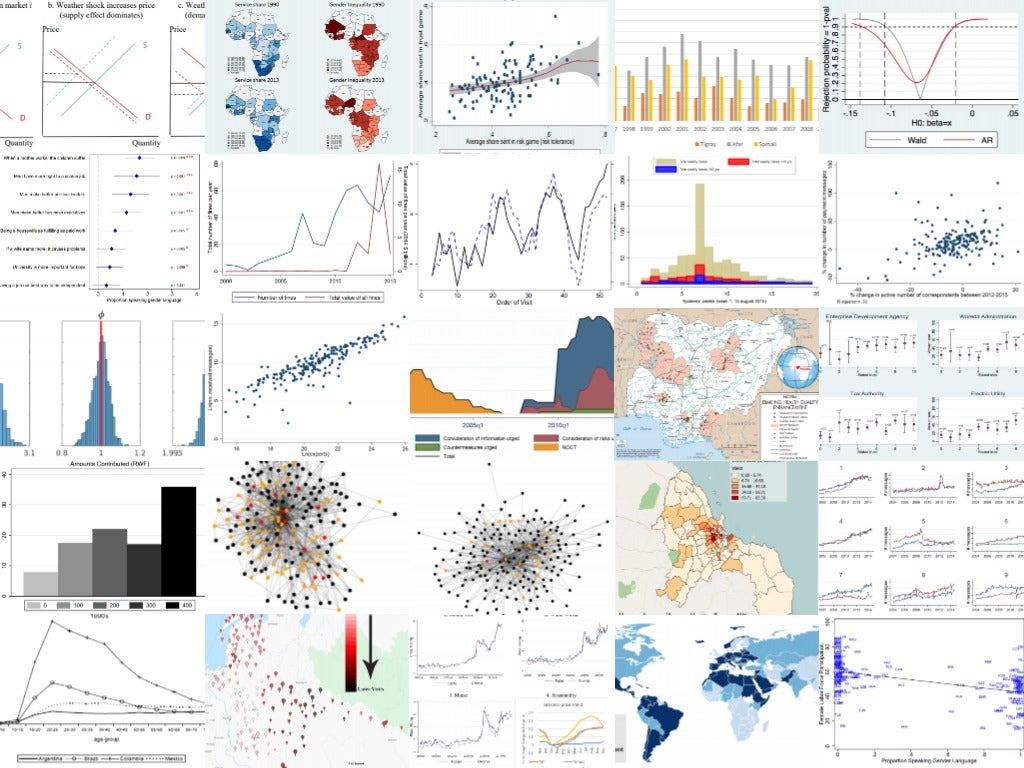 This post was coauthored with Niklas Buehren, Joao Montalvao, Sreelakshmi Papineni, and Fei Yuan.   This team couldn’t attend all 106 sessions so coverage is limited.  If there is a paper you saw that you think people should know about please submit a comment.

You can skim the full summary, or you can skip to one of the topics: Agriculture, conflict, credit, savings, risk and insurance, education, electricity access, firms, health and nutrition, households and networks, institutions, labor, political economy, poverty and inequality, and using evidence to inform policy.

The full program and links to most of the papers is available here.

I'm sure some of these papers are really interesting, but you've summarized them in such a dense, jargon-strewn form that only your tribe (economists? MEListas?) can understand them. Shame. When someone translates them into English, please let me know!

There are links to the papers you can click that dedicate many pages to unpacking the one sentence summaries. Be the change you wish to see in the world.

Philippines, Pakistan, Bangladesh in Africa? I'm not sure what's going on there with CSAE. Were they thinking along the lines that the studies from Latin America and Asia are relevant for African development?

This is awesome! Thanks so much!

Thanks Markus, Dave, and all. Very complete, though I think people should also know about Hombrados / child marriage in Ethiopia (link below). "Exposure to a legal age of marriage at 18 years (instead of 15) increases significantly the mean age at cohabitation by 2 years and decreases the incidence of child marriage by approximately 20 percentage points." Bonus: it has an impact on infant mortality!
https://www.sussex.ac.uk/webteam/gateway/file.php?name=wps-13-2017.pdf&…