Like a growing number of development economists, I am now convinced of a simple truth about our understanding of economic development: hope is underrated.   Indeed the importance of hope and aspirations among the poor are the subject of a growing literature, where work by researchers such as Debraj Ray and Stefan Dercon has made important theoretical and empirical contributions, respectively.   This new body of work views aspirations failure as an important contributor to development traps.

My colleagues, Paul Glewwe, Laine Rutledge, and I stumbled across hope in our recent study on the impact of child sponsorship (JPE, April issue). Analyzing the impacts of Compassion International’s child sponsorship program via an age-eligibility rule used when programs were rolled out across six countries during the 1980s, we find that being a sponsored child led to significantly better adult outcomes years later. This includes a 12-18 percentage point increase in secondary-school completion (baseline 45%) and a 6.6 percentage point increase in the probability of having a white-collar job as an adult (baseline 18.7%). Formerly-sponsored children were also more likely to become community and church leaders.

But what was driving these outcomes? Could covering the cost of school uniforms and tuition for these children during their nearly ten years of sponsorship mainly account for these impacts—or was it something else about being a sponsored child. We decided to ask Compassion what they thought made their program tick. Their response: “Try hope.” During their years of sponsorship, Compassion children spend an average of about 4,000 hours in after-school programming, much of which is devoted to nurturing their self-esteem and aspirations. So—we tried hope. In follow-up studies in Kenya, Bolivia, and Indonesia, we began to ask currently sponsored children about self-expectations: How far did they expect to reach in school? What did they hope and expect to be when they grew up?

In a follow-up study (using a similar IV strategy to the original) we find that the difference in educational and vocational aspirations between currently sponsored children and their counterfactuals roughly corresponded to the actual impacts we had found in adulthood after sponsored children had grown up. But if aspirations are important to development, a number of questions remain:

·         First, how does a development economist doing fieldwork measure aspirations?

·         Second, while we clearly find an association between elevated aspirations and better adult life outcomes, how does one establish a causal link between the two?

·         Third, suppose we find that aspirations are important. What are the policy implications—how would one go about creating hope?

Focusing on the first issue here, I will describe one somewhat novel technique with which we have experimented in analyzing the presence of hope and hopelessness in impoverished children. I present this approach mainly for the purpose of beginning a discussion about different ways that one might approach the “hope-measurement” issue. We do not claim to be experts here.

Empirical psychologists describe a kind of data-quality pyramid in behavioral research: Subject behavioral responses to hypothetical scenarios lie at the bottom of the pyramid. Ranked barely higher are answers to direct questions (e.g. do you consider yourself a hopeful person?). These approaches are dominated by reported (actual) behaviors, and even more so by behaviors that are observed by the researcher in non-experimental and experimental settings, which lie at the apex of the pyramid with fancier techniques such as directly analyzing brain-scan activity.

Children’s self-portraits are an approach that resides close to the top of the pyramid as an observed behavior, one that may reveal more about the secrets in a child’s mind than any battery of survey questions. In our Indonesia work, we studied 540 children living in the slums of Jakarta.  About half of these were sponsored children; the others were siblings, children on the sponsorship waitlist, and the siblings of waitlist children. After a short survey, we sat each child at a small desk with 24 colored pencils and a blank sheet of paper and asked each to “Draw a picture of yourself in the rain.”

Nearly any conceivable attempt to measure a psychological variable, such as self-esteem or aspirations, creates a research scenario that pleads for a data reduction technique. For example, each of our children’s drawings was coded by 20 dummy variables related to drawing characteristics. In this type of research, we don’t care as much about whether a child draws herself with a missing mouth per se, as much as we care about a family of observable variables that may be driven by a single underlying factor, such as hopelessness.

One possible technique is the use of factor analysis or principal components, which the analyst runs in a first stage to obtain a set of m factors (often with an orthogonal factor rotation such as varimax).   From this exercise, factor loadings, which are typically named based on the correlation of these latent factors with a given subset of variables, can be used as dependent variables in a second-stage linear estimation.

1)      Ordering the variables in a consistent direction within the variable grouping, switching signs when necessary;

2) De-meaning each variable, then dividing each by the control group standard deviation; and

3) Creating a summary index by setting the weight on each variable equal to the sum of its row entries in the inverted covariance matrix of that variable grouping.

Hope as a Research Agenda

In our follow-up paper, we use the former technique, where our analysis yields three factors which we identify as happiness, self-efficacy, and hopelessness, and based on our drawing characteristic data we find sponsorship to have strong causal effects toward improved psychological well-being for all three factors.  I show two children’s drawings here, where the top one ranks in the 93rd percentile in hopefulness (inverting the index), and the bottom one ranks in the 15th percentile. 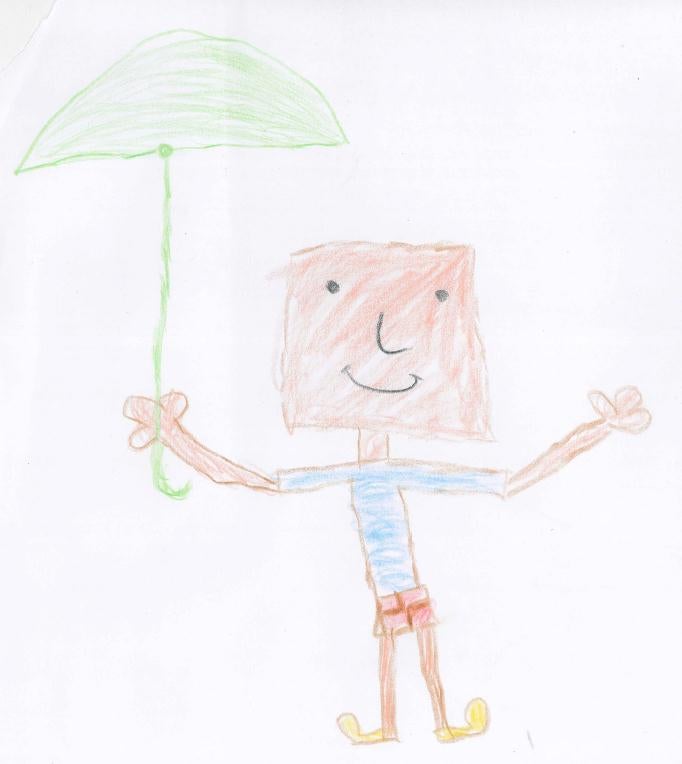 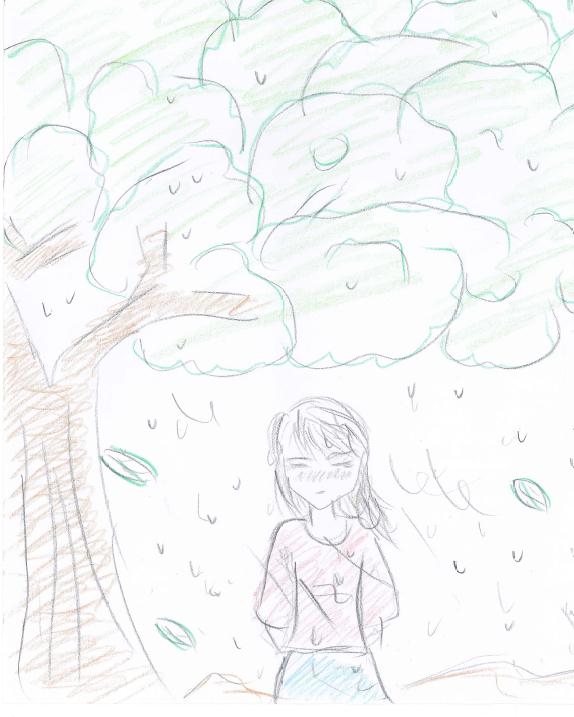 We have come to view “bringing hope to the children” no longer as the trite phrase of a development NGO, but rather as an exciting and potentially fruitful research agenda. Could it be that hope elevation drives many of the impacts of microfinance, educational interventions, or cash transfers? Perhaps an understanding of elevated aspirations and expectations could help us bridge the micro and macro development chasm.  We have taken one approach to measuring hope and aspirations, but welcome a fruitful dialogue with others on the same journey.

Bruce Wydick is a Professor of Economics at the University of San Francisco.

Interesting blog – and good to get into issues of well-being. Clearly how children feel about their lives is important in and of itself and maybe also to how they do later. You argue this in an interesting way and drawings of how children think about their lives are intuitively compelling. Just some additional evidence – writing from perspective of Young Lives (a longitudinal study of child poverty in 4 lower and middle-income countries). A recent synthesis of Young Lives evidence highlights the extent to which poverty is associated with lower levels of felt well-being (see http://tinyurl.com/bfoc8do).

This is an important argument to get right in policy/programmatic terms (your 'what you can do' point) both because of its importance and to avoid the risk of spillage into appearing to ‘blame’ poor people for low aspirations etc. Two points therefore:

First, the experience of poverty is clearly often associated with the experience of shame (we see this in both our qualitative and quantitative data – for instance poorer children reporting lower pride in their appearance, or feeling they are treated differently). Children often understand well the circumstances of their parents and may adapt their views accordingly. There is some policy learning there about inclusive systems and it is great that the recent ILO social protection floor recommendation contained a reference to dignity, highlighting the importance of inclusive social protection policies that manage/reduce the risks of poorer people experiencing stigma connected with receipt

Second, on the structured nature with which well-being is shaped. Some analysis (by Dercon and Sanchez) of Young Lives evidence demonstrated that (on top of the underlying wealth drivers of stunting and well-being) that a child being stunted at age 8 was independently associated with lower aspirations self-efficacy and self-esteem at age 12. The working paper is at http://www.younglives.org.uk/publications/WP/long-term-implications-und…. So both poverty and some of the correlates of poverty affected well-being – suggesting the potential for better nutrition and less poverty could pay off in improved well-being (and more hope!).