I love a great discontinuity!

Most of my own evaluation work has centered around randomized trials, but when I teach non-experimental IE methods, regression discontinuity is my favorite to teach. Regression discontinuity is, in short, when assignment to a development program is made based on some sort of score (e.g., a poverty score or a test score), and we compare the people immediately above and below the score to each other, since they should be very similar except for (a) a few points on a test score and (b) some people received the program! Here is why I like teaching it:
In honor of the last point, here are a few great visual discontinuities.  Which am I missing?

Pugatch & Schroeder (2013) analyze the impact of hardship allowance for teachers in the Gambia, using the required threshold in distance from the main road to qualify for the allowance. 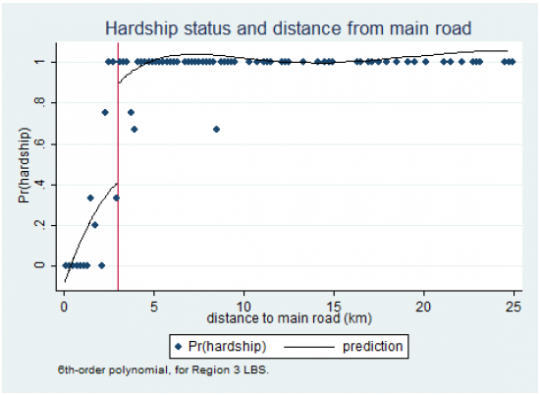 Ozier (2011) examines the impact of secondary school in Kenya on schooling, social, and labor market outcomes, using the fact that students need a pass on the primary exit exam in order to enter secondary school. 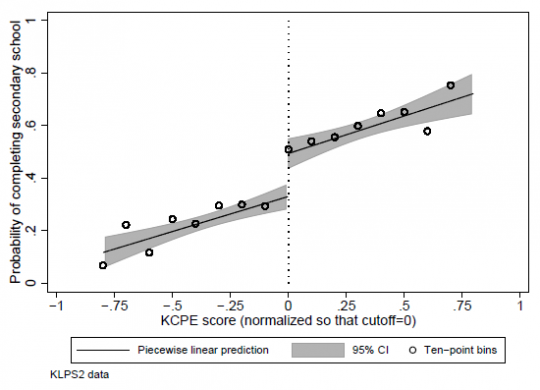 Mbiti & Lucas (2013) test the impact of secondary school quality on student achievement in Kenya, using the cut-off on the primary exit exam required to get into better secondary schools. 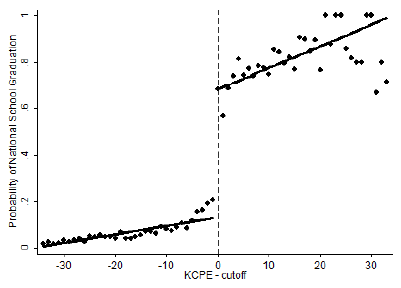 Clemens & Tiongson (2012) use a language test in the Philippines that permitted workers to travel to Korea, in order to see impacts on household investments. 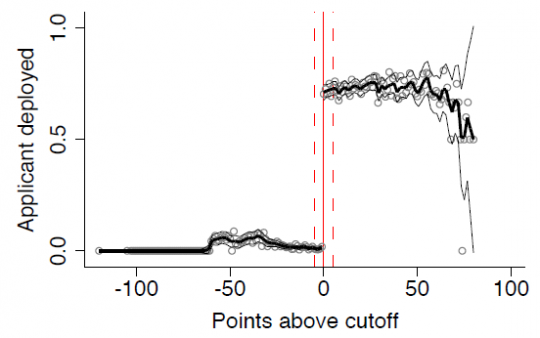 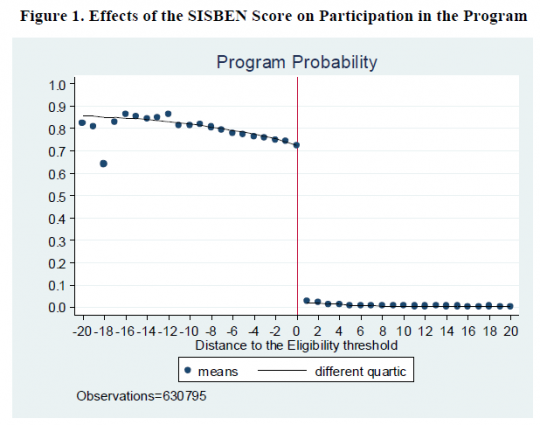 Kazianga et al. (2013) estimate the impact of constructing girl-friendly schools in Burkina Faso on school enrollment, using the school's score in terms of the number of girls likely to benefit from the school. 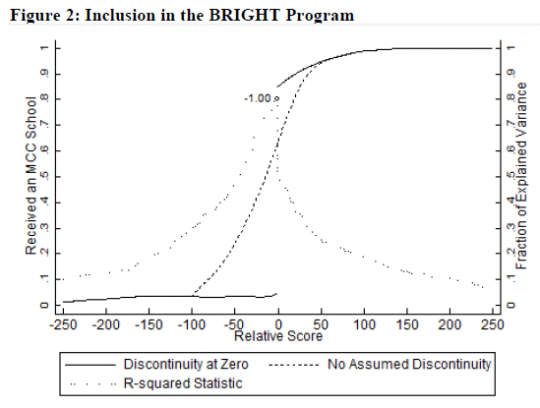 Urquiola & Verhoogen (2009) show how schools make different policy decisions when they are close to class size limits, violating some of the assumptions of regression discontinuity analysis. But the figure is still striking. 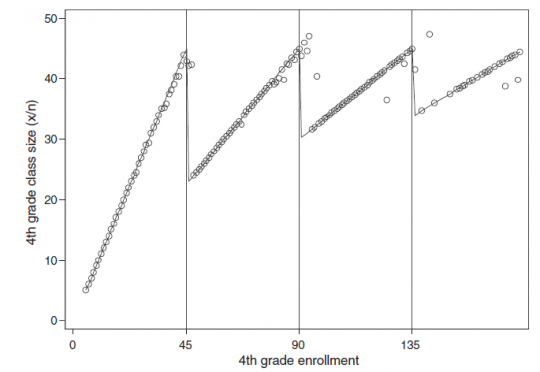 Barrera-Osorio & Raju (2011) analyze the impact of subsidies to private schools in Pakistan using the fact that schools had to achieve a certain average on an achievement test. 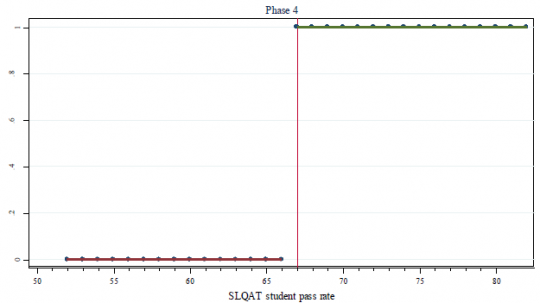 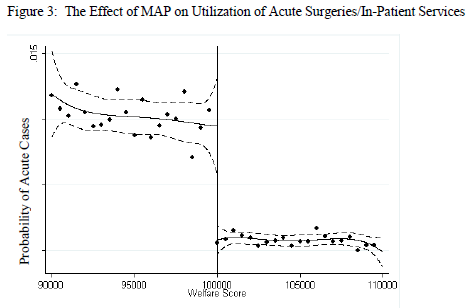 Manacorda, Miguel, & Vigorito (2011) used the cut-off in income eligibility in a large anti-poverty program in Uruguay to show how the program significantly increased political support for the incumbent party. 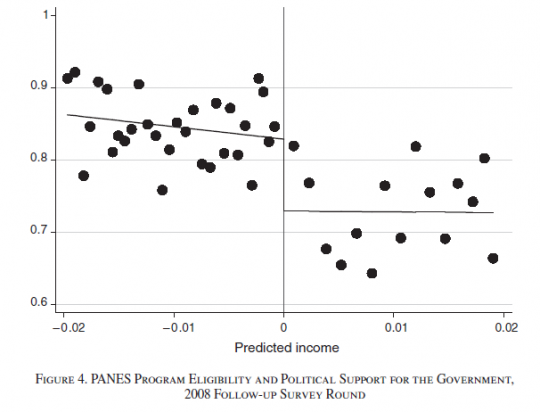 Ali, Deininger, & Goldstein (2013) use spatial discontinuities in Rwanda to evaluate the impact of land tenure regularization. (The working paper version, without the great visuals, is here.) 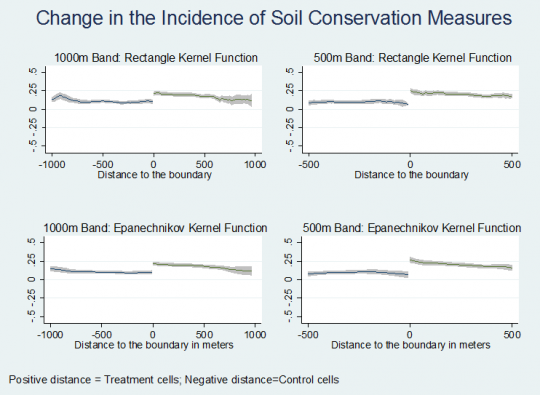 Apparently Reichardt, Trochim, and Cappelleri were right almost twenty years ago when they entitled their paper “Reports of the Death of Regression-Discontinuity Analysis Are Greatly Exaggerated.”

There are many more regression discontinuity papers, but not all with the same impressive figures.