What’s the latest in development economics research? A round-up of 150+ papers from NEUDC 2015 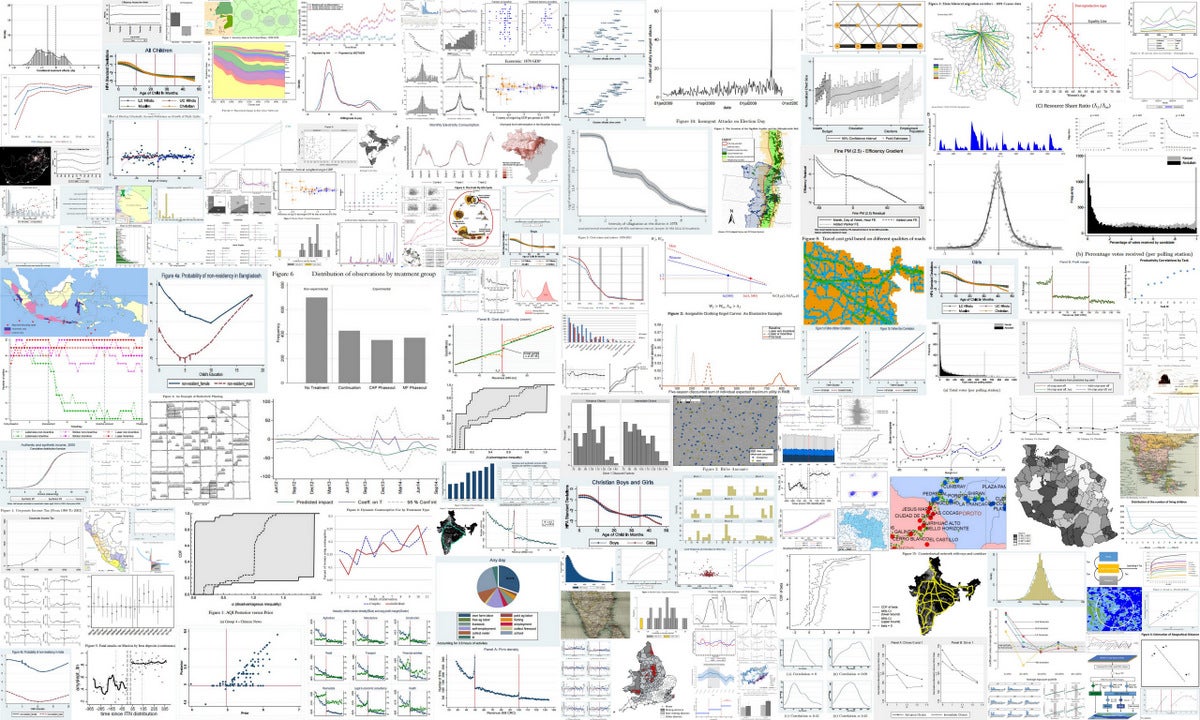 Over the weekend, I briefly reviewed about 175 development papers from the 2015 Northeast Universities Development Consortium Conference. That’s not all the papers, but it’s a lot of them. (I tended to leave out pure theory, pure macro, papers the authors didn’t want cited, and a few I just didn’t get to.) If you want to review the papers exhaustively, you can find them here.

It’s an impressive array of research, a lot of exciting work with a wide spectrum of methods.

I’ve grouped papers by category, and I’ve tagged each paper by country and by method, in case you really want to know everything on Uganda or Kyrgyzstan, or you just want to skim the latest randomized controlled trials (RCTs). The categories are Education, then Health (the two biggest groups of papers), then the other categories alphabetically: Agriculture, All In Utero All the Time, Cash Transfers, Conflict, Contracts, Energy, Firms, Governance, Households, Labor, Land, Methods & Measurement, Migration, Randomization, Savings, Credit, & Insurance, Transport, Trade, Tax, and a few others.

This is awesome, it would be interesting use your powers of fast reading to create a database of research trends in the world.
thanks for this!

Thanks for the suggestion. I'll add it to my list. :)

Thanks David for this list! It would be interesting to see it organized by positive results, null results, and negative (against theory) results. A quick read suggests a lot of reporting bias.

That would be interesting, but of course it would be a whole other layer of analysis. Hopefully some ambitious person will take it on! :)

Hi David, great summary. The link to Abel et al. (Dice games listed under "A few other papers") seems to be pointing to the wrong place.

Thank you for catching that. I have fixed it, and the proper link is here.

I salute you for having synthesized/categorized such a great number of literature. That alone provides us what [kept] researchers interested finding about. On land, hmmmm.... not much worked on the theme while is is the most "controversial" resource that many endure being marginalized... did we get tired producing evidence on this? Whatever happens to the follow up action from WCARRD to ICARRD? Any other thoughts outside integration and balance or these were too hard to get excellent results?

David, Thanks for this heroic task which was passed onto me by a new contact at a reception this evening! Some real gems in here related to gender equality and women's empowerment. Sandra

Brilliant! Thanks! Curious if next NEUDC 2016 will have more natural capital and climate papers.. Eoin

The link for this item is pointing to a wrong article: "High historical social status but current-period economic performance not keeping pace with industry peers" predicts "large-scale bribery" #Korea

Thank you for catching that. I have fixed the link, and it is also available here.