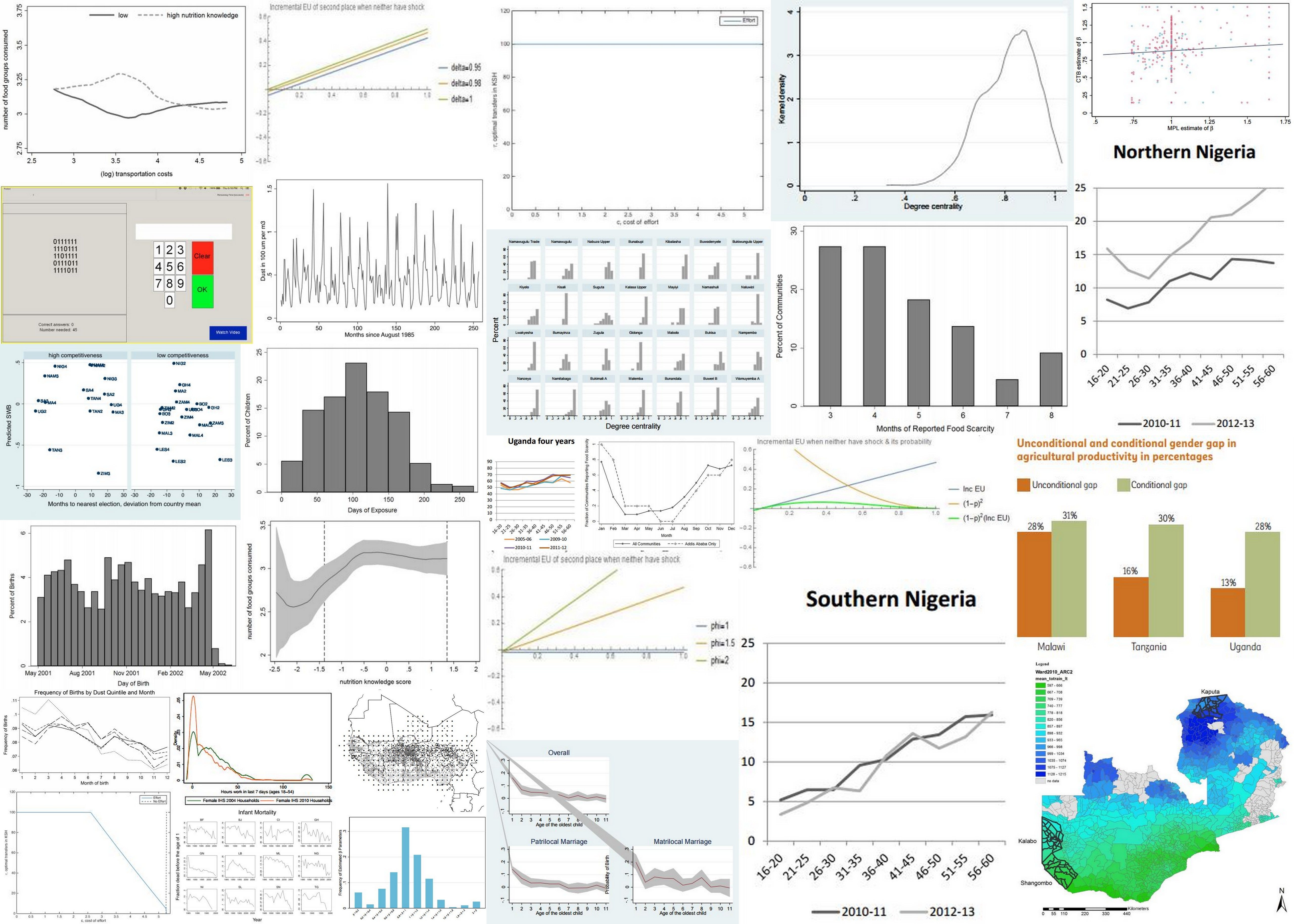 This post is a joint production with contributions from Pamela Jakiela, Michael O’Sullivan, João Montalvão, and Owen Ozier.

This week Oxford University’s Center for the Study of African Economies holds its BIG annual conference. Two plenary panels, one keynote speech, one presentation of the World Bank’s new report on Poverty in Africa, and almost 300 papers being presented. Wow!

So, what’s going on in economic research in Africa? Today’s post provides micro-summaries of the papers presented on the first day of the conference. You can skip to posts on Agriculture, credit, savings, and insurance, health, household and social networks, political economy, or poverty and inequality. Each micro-summary is tagged by country and (where straightforward) empirical method, so you can just search for those.

On Thursday, we’ll post summaries of the second and third days of the conference. These posts focus on applied micro papers, and they are not exhaustive. If your paper isn’t listed, feel free to give a one-line summary with a link in the comments! (If your paper was presented Monday or Tuesday, just wait.)

You can also watch a video of the plenary on What We Have Learned in 25 Years of Research on African Economies, with talks by Augustin Fosu (growth and poverty), Anke Hoeffle (conflict and development), and Stephen O’Connell (macro policy); of Mthuli Ncube’s keynote on Global Growth and Financial Spillovers in Africa; or of several of the regular sessions.

The list is a great great help. Thank you, David.

Interesting research in Malawi on women's competitiveness #Malawi #LabintheField (Flory et al.).
Although the summary highlighting that discrimination patterns affect women in patrilocal villages "only" (?) between adolescence and menopause fails to capture the impact of gender roles allocating care work for newborn babies (and all other care) only to women.