The Dismal State of Numbers for Economic Governance in Africa

Morten Jerven is an Associate Professor at Simon Fraser University in Vancouver.

In 2010, Ghana announced that, thanks to a GDP revision, its GDP had almost doubled. In April 2014, an even larger increase in GDP, again thanks to a statistical revision, was announced by Nigeria, catapulting it into Africa’s largest economy, ahead of South Africa. How were these vast increases in wealth possible? In both cases, they had changed the “benchmark” year for making the calculation – Ghana from 1993 to 2006, and Nigeria from 1990 to 2010. Are Ghana and Nigeria exceptional cases? I don’t think so. In fact, I would argue that the huge jumps in GDP in Nigeria and Ghana were symptomatic of major knowledge gaps in Sub-Saharan Africa data that make it extremely difficult for statistical systems to capture economic trends and development – and thus for policy makers to shape an agenda for sustainable economic development. 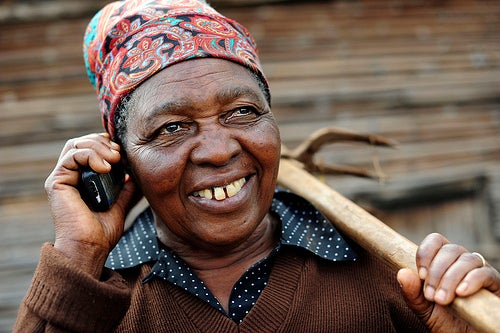 Inadequate and Misleading Data on GDP

How inaccurate are SSA statistics? Over the years I have done a lot of work on this topic, including surveying the methods and sources used for estimating GDP, the most fundamental measure of any economy. The reality is that the GDP level estimates are very soft – and the problem starts with the basic input: information. In the informal economy, the great majority of economic transactions in the rural agricultural sector and the urban medium- and small-scale- businesses sector go unrecorded. Data on the formal economy (such as exports, imports, and government revenues) are available, but may still have weaknesses (such as outdated business registries and a lack of employment statistics). This problem is compounded if the benchmark year – which reflects the latest data from government surveys, such as those for households, agriculture, or industry – is too old. In Ghana’s case, sticking with a 1993 benchmark meant that almost half of its economy had gone missing from the official count.

While the AfDB reported that 19 countries have base years older than 10 years old, including 8 with base years greater than 20 years old, the IMF found 28 countries with base years more than 10 years old, while 13 countries are still using base years more than 20 years old. The discrepancy between the metadata collected by AfDB and the IMF in the same month is not only disturbing but underscores why it is so difficult to interpret growth over short and long periods. Furthermore, benchmark changes causes breaks in the series, a situation that is complicated by international dataset providers using different methods to harmonize the breaks.


Decent Jobs Data are Hard to Come By

While these metadata on benchmark years for GDP statistics illustrate the questionable quality of the numbers for economic governance and send a stern warning to scholarly researchers – this metric may be less directly relevant for voters and citizens, given that presidents are in part elected and rejected on the basis of promises of delivering jobs. But here, too, the data are troublesome.

Just how big is the labor statistics gap? I tried to get a sense of that by collecting metadata on labor statistics from the ILO and the IMF. The results showed that only 5 to 6 countries have up-to-date statistics provided at least annually.  If we take 2011 as “today,” the average gap between today and the last survey is either 4 (ILO) or 7 years (IMF), and most disturbingly ILO has no metadata for 19 of the 54 countries. So not only is there a lack of data but there is even a lack of data on the size of that data gap.

In sum, one of the most urgent challenges in African economic development is to devise a strategy for improving statistical capacity. At a minimum, reliable estimates are needed of the size of the economy, the rate of growth in the economy, how much the various sectors contribute to this growth, and key variables that capture living standards (like poverty, inequality, employment and wages). The paucity of accurate data on these indicators isn’t merely a technical problem – it has a massive impact on the welfare of citizens in developing countries.