Moving toward solutions for youth employment: improving the odds for the next generation 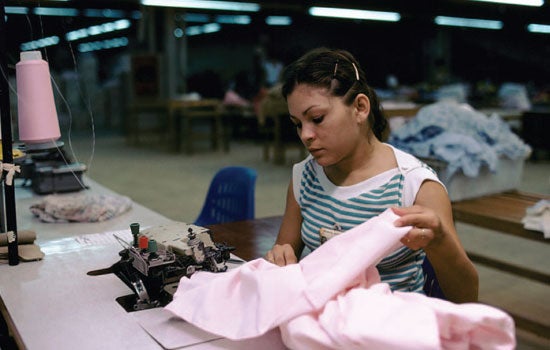 It sometimes seems like a lifetime ago, but I can still remember what it felt like going off to work after school as a teenager and then as a young adult. I was excited.  I was sometimes nervous and challenged by new responsibilities.  I felt empowered. I felt valuable. I felt independent - especially when I got paid. I started thinking about what might be next and I was optimistic about my future.  Today, however, hundreds of millions of youth around the world do not share these feelings and will not have these warm memories in the years ahead.

In fact, as affirmed in the new flagship report from the Solutions for Youth Employment (S4YE) Coalition entitled Toward Solutions for Youth Employment: A 2015 Baseline Report, today’s youth are still reeling from the global financial crisis.  The report explores and analyzes the state of play in youth employment. In terms of the statistics, the facts may startle you:  young people are up to four times more likely to be unemployed than adults and roughly a third of them are essentially inactive – they are not in employment, education or training (NEET); and an estimated 500 million youth are unemployed or in insecure or vulnerable jobs for low pay, no benefits, and limited opportunity.

These realities not only upset the lives of youth and their families, but they are undercutting national prosperity and security, and are a stain on the prospects for the global economy and for international peace.  This generation of youth is the largest in human history – numbering roughly 1.8 billion – offering a reservoir of productivity, especially to economies of the global south where a significant majority (85%) live. The demographic edge, however, will not be realized without human capital investments that ensure youth are adequately prepared for work, and without the generation of new jobs and livelihood opportunities that offer sustainable incomes, purpose and a future.

In the next 10 years alone, more than one billion young people will enter the job market and 600 million new jobs will need to be created to simply keep employment rates constant - that’s 5 million jobs a month. And, as the report begins to uncover and explain, the jobs dilemma among youth is uniquely complicated; and not least of all because constraints vary by person and place.

We show for example that young women – nearly universally – have weaker labor market outcomes than young men, and explain this is due in part to more limited education, early marriage, and limited choice or power in the household.  We report that informality is the dominant feature of youth’s employment experience across contexts – rural, urban, fragile or conflict – affected — and explain how the nature of informality varies, but may also provide entrepreneurial opportunity. Patterns, commonalities and differences are also illuminated with findings from background research in four diverse focus countries: Bangladesh, El Salvador, Tunisia and Uganda.

While resources for policy and program initiatives to shift youths’ trajectory may be increasing, the needle on youth employment has to date not moved far or fast enough.  Such investments are often ill-informed at best or ineffective at worst, uncoordinated, or unworthy or unable to be scaled.

To this end, I am encouraged that, based on findings from an empirical study discussed in the report’s evidence baseline, we are able to assert for the first time with some certainty that youth employment interventions can work – especially those that support youth entrepreneurship and skills. At the same time the evidence and knowledge baseline affirms that while we have learned and know some things, there is still much we don’t. This is especially true in terms of understanding, for example, the nature of youth employment in the digital age, new skills dynamics, or how to scale sustainable entrepreneurship.

This is the raison d’être for S4YE’s formation one year ago – to disrupt the youth employment landscape by providing leadership, catalytic action and mobilizing multi-sector efforts to significantly increase the number of young people engaged in productive work by 2030. Just weeks ago, the international community made great promises in the Sustainable Development Goals to achieve full and productive employment for all young people by 2030, and to substantially reduce the number of NEETs by 2020.

Given the scope of the challenge, the report also explores questions around scale and highlights the importance of partnerships.  We illustrate this point with promising examples among S4YE partners including a public private partnership to prepare urban youth in Chihuahua, Mexico for the city’s burgeoning aerospace industry; and a partnership between business and civil society to support thousands of young entrepreneurs worldwide with training, mentors and networks.

Recognizing the development and growth opportunity in today’s young generation, the findings in these baselines—context, evidence and knowledge, inclusion—signal the road ahead.  Against this report, S4YE is recommitting itself to its vision to get all youth into productive work and asking you to join in linking, learning, and leveraging towards solutions at the frontier of youth employment. This report shows that without a renewed sense of purpose and action from all, these worthy intentions will ultimately wane—and a generation could be lost. I am inspired by this write up and interested to read your articles in the future.