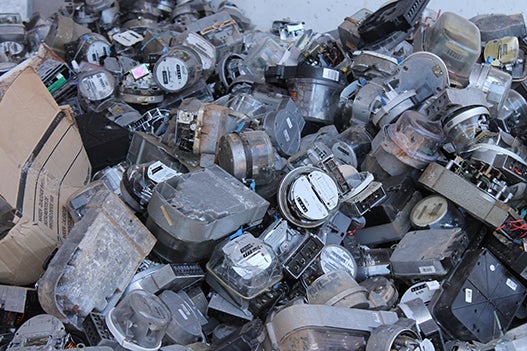 What do electricity meters and mobile phones have in common? Answer: both are present in millions of Brazilian homes and both become electronic waste as soon as they are discarded. Though they do not contain heavy metals, their materials pose risks from the moment they are discarded in waste dumps or landfills.

Interestingly, the components of a meter - plastic, iron, copper, glass and aluminum - are fully reusable and may even generate jobs and income. That is what we found by working with Eletrobras on a project to modernize the network and combat electricity theft in six Brazilian states: Acre, Alagoas, Amazonas, Piauí, Roraima and Rondônia.

One of the activities under the Energia Mais project involved replacing obsolete meters in the homes and businesses in those states. This begs the question: what are we going to do? In 2014, about 10% of all electronic waste in the world came from Latin America; Brazil was the biggest contributor, with 1,400 kilotons discarded in 2014 alone, according to a GSMA study.

Amidst this scenario, the entire team was worried about the possibility of seeing all this waste simply discarded in a garbage dump - especially team members working on environmental and social safeguards and who strive to minimize the impact of the Bank's initiatives. Thus began the work to bring greater visibility to the meters - usually well-hidden inside homes - and turn them into objects capable of transforming lives and businesses.

This is no exaggeration. The change began within Eletrobras itself and its subsidiaries: they adjusted their legal and warehouse departments (among others) to store meters and dispose of them properly.

The next step was organizing the auctions. These were surprisingly successful, considering the interest shown by recycling companies on meters located in far-off states of Brazil. Buyers agreed to destroy obsolete equipment to prevent its reuse in the power distribution network - which would aggravate power theft and incorrect measurement problems.

The sale of equipment - cables, transformers, etc. - generated R$ 5.4 million ($1.73 million) for power distribution companies; the idea is to pass this amount on to social projects supported by those companies.

Recycling companies are at the other end of this process. We have seen many of them grow and build capacity to participate in the auctions and work on the reverse logistics of the equipment. 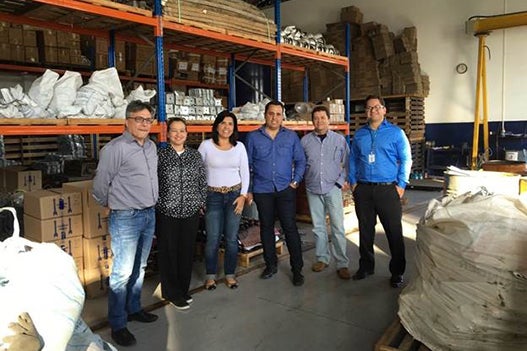 We recently visited one such company: Trafominas (photo above), in city of Guaxupé (state of Minas Gerais). This company was founded by Geovani Marques, who began his working life picking metals and closing small deals in the south of Minas Gerais and the northern part of the state of São Paulo. He had to invest and improve his small business to participate in the auction and to process and recycle the meters, but it was worth it.

Trafominas is managed by Geovani and members of his family. They operate in, and create jobs for, other residents of the small town. The company produces iron, copper, glass, aluminum and plastic - all the material is separated and certified, so buyers (companies looking to use these materials in other products) know that none of it was stolen.

After visiting Geovani and the project team and witnessing their excitement, we are convinced Energia Mais will continue to yield very interesting results. The entire process (from beginning to end) is fully aligned with what we are looking for - the concept of sustainability and efforts to prevent materials from being lost or wasted. This small-scale project activity has become an example that can be repeated across the country, and throughout Latin America, to help address the increasingly pressing issue of electronic waste.
Topics
Climate Change
Energy
Environment
Urban Development
Countries
Brazil
Regions
Latin America & Caribbean
Series
Sustainable Communities I would be interested in learning about similar opportunities in other Latin American counties. Thank you for your feedback.