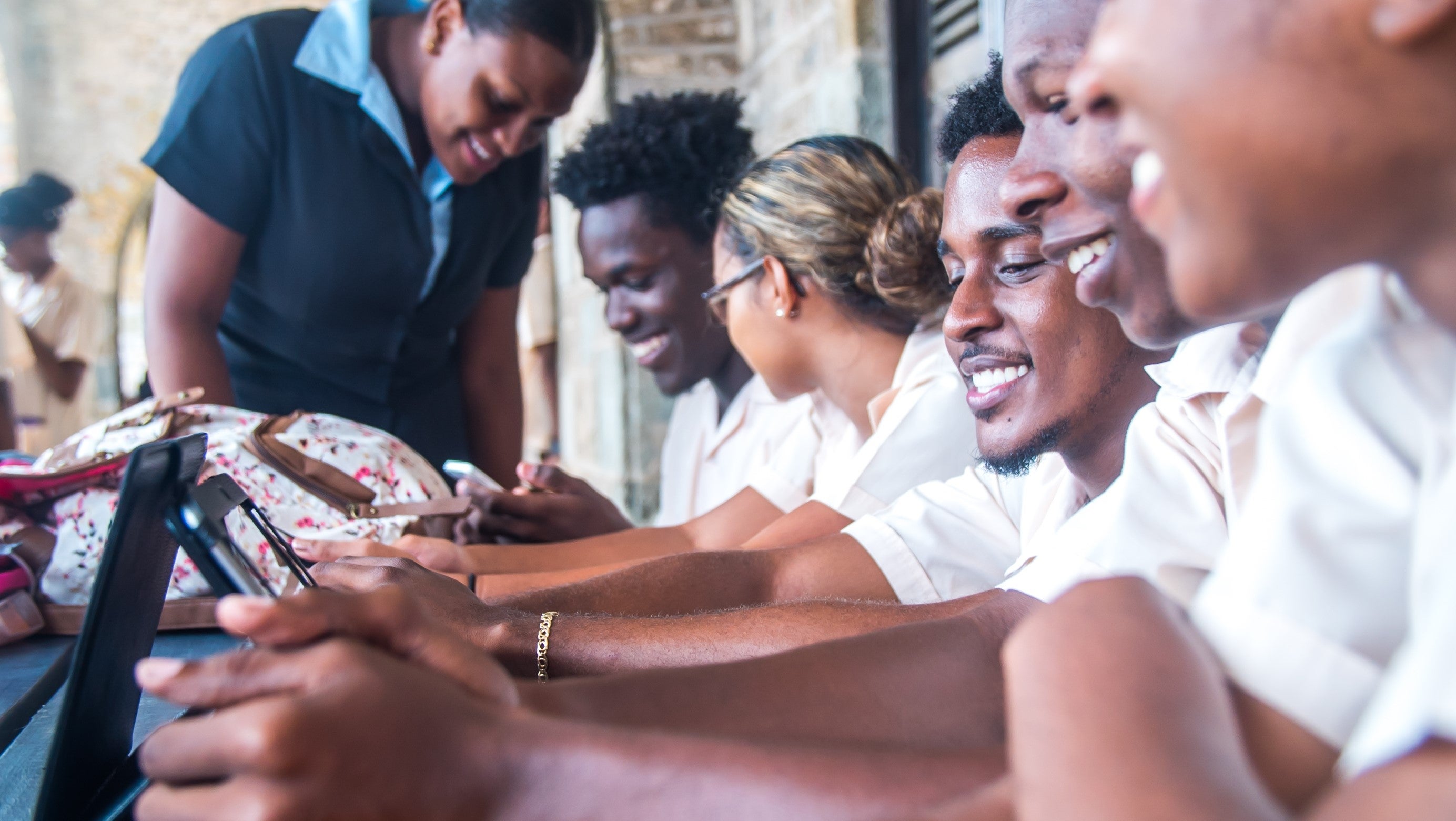 Imagine disaster early warning systems using the latest tools offered by artificial intelligence and augmented reality. Imagine tourists having ubiquitous access to 1 Gigabit secure wireless hotspots. Imagine students engaged real time in data analytics with environmental scientists across the world via advanced networks. These are just a few examples of the leapfrogging possibilities that three Caribbean islands are signing up for now. Can this imagination become a reality by 2020?

The three small island states of Grenada, Saint Lucia, and Saint Vincent and the Grenadines have just punched their tickets to the future.  With technical and financial assistance from the World Bank and in partnership with Digicel, they have started the development of a future-proofed broadband infrastructure that will connect homes, schools, government offices, and businesses to each other and the rest of the world by 2020.

In July, the three countries signed contracts with Digicel for the construction of new Government Wide Area Networks (GWANs), educational networks for schools, libraries, and community centers; and a new submarine cable connecting Saint Vincent and the Grenadines and Grenada. These contracts were made possible through the Caribbean Regional Communications Infrastructure Program (CARCIP) with the Caribbean Telecommunications Union (CTU) as coordinator.

So how far of a leap is this? When CARCIP was initiated, telecommunications were plagued by low bandwidth, high prices, and poor service quality due to a reliance on legacy copper networks. There were also several large coverage gaps. Governments were often paying high prices for obsolete services and equipment, and citizens had to deal with substandard services and limited access to global networks.

Schools in Grenada and Saint Lucia had serious network capacity problems. Many had limited Internet connection to support up to a thousand students. Weak connections made the service so slow that it was generally unusable. In addition, the existing mobile carriers did not have sufficient capacity to offer 4G mobile services, the building block for eEducation initiatives in most countries.

The Grenadines were becoming uncompetitive in the tourism industry due to slow speed Internet services. Residents also faced a severe "digital divide".

An undersea fiber optic cable could create the lily pad needed for technological leapfrogging, providing higher capacity connections. This submarine fiber is also essential to connect critical government buildings in Carriacou (such as customs offices and health clinics) and to deliver improved Internet services to schools and community centers.

The three governments recognized that an advanced, safe, affordable, and reliable digital infrastructure was essential for economic growth, and opted for a complete fiber optic makeover of GWANs, with a special focus on adequate Internet services to the education community.

Infrastructure for the future

More than 500 government buildings will be connected, an advanced data centers will be installed in Grenada and Saint Lucia, and approximately 300 schools will have access to high-speed Internet. Security will be ensured, as contracts include technology updates.

But building the digital economy is not just about providing connectivity. CARCIP focused first on creating an updated policy and regulatory environment managed by the CTU and the regional regulatory authority, ECTEL. The program also includes skills development for women and youth employability and digital entrepreneurship.  Digicel will simultaneously roll out advanced networks to provide a broad range of services, including high speed broadband.

The innovative contracting process and resulting PPP (Public Private Partnership) structure is a first for digital infrastructure in the region. It is also the first of this magnitude, requiring approximately US$45 million from governments and private partners.

This is possibly the first joint tender by three countries for such wide-ranging infrastructure, including both new construction, then transferred upfront to the governments, and service provision over a 15-year service period.

The unique contracting approach allowed all three governments to obtain substantial economies of scale, allowing lower pricing and better quality of service than if they had purchased the networks separately. In addition, governments will own the GWAN networks upon completion and have guaranteed access to large amounts of capacity.

This approach provided significant gains, but included risks: the three governments had no experience with PPPs, nor with complex digital infrastructure contracts. So how was it put together? There are five key success factors:

Time has come to make the Caribbean’s digital economy happen. WBG assumes crucial responsibility and assistive leadership with helping many countries in their transformation. Digital divide is often so deep that makes dramatically difficult for those countries to catch up the race. To achieve a better and more sustainable world we all should support such efforts. Congratulations to all team members and hope to hear more on implementation stories.