No mystery: What is Brazil doing to address climate change?

“There is no plan B because there is no planet B.”
(Ban Ki-moon, former Secretary-General of the United Nations, on climate change)

At first glance to those who know little about climate change, the term "Nationally Determined Contribution" and its acronym "NDC" may seem mysterious. But they are not! To understand them, we must start with the principle that each country must do its part and contribute to lowering carbon emissions and reducing global warming and the likelihood of extreme events - like droughts, floods, and hurricanes.

This commitment was signed in December 2015, at the 21st United Nations Climate Change Conference (COP 21) of the United Nations Framework Convention on Climate Change (UNFCCC). At the occasion, the Paris Agreement was signed with the goal of keeping the increase in global temperature well below 2°C (as compared to pre-industrial levels). The agreement entered into force on November 4, 2016 and, to date, of the 197 countries that are parties to the Convention, 180 have ratified the Agreement. Under the Agreement, each country has established its own Nationally Determined Contribution; the NDC promised by Brazil is considered one of the most ambitious.

The country has committed to implementing actions to reduce greenhouse gas emissions by 43% by 2030, in comparison to 2005 levels. To achieve this target, Brazil intends to adopt measures that include, among others: 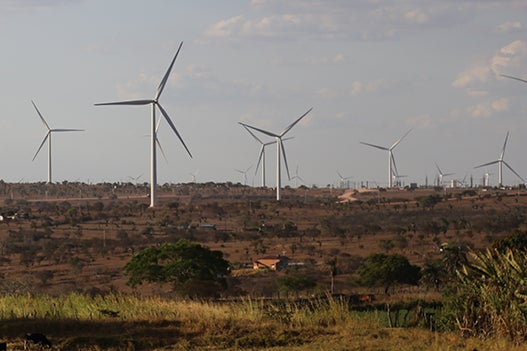 And how do the projects by the World Bank contribute to - and support - Brazil's implementation of the NDCs? By supporting priority items in the country's Nationally Determined Contribution, such as clean energy, low carbon agriculture and reduced deforestation. These projects have a direct impact on Brazil's ability to achieve the reductions enshrined in the NDC. Learn more about them: 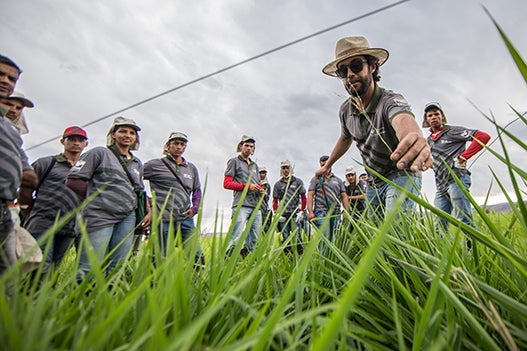 Higher ambitions
Not all countries have established such bold goals as Brazil, and experts on the subject are worried. According to some international estimates, all NDCs that form the basis of the Paris Agreement (together) cover only about one-third of the emission reductions needed to achieve the global temperature containment targets.

The Talanoa Dialogue is being held to inspire and raise the level of ambition in the actions carried out by the parties under the Agreement. Introduced at COP23, under the presidency of Fiji, the dialogue aims to collect contributions, stories and ideas from the parties and actors involved in the process about the collective efforts and challenges to achieving long-term goals, as well as to inform the preparation of the NDCs. These contributions will be presented at the COP24 in Katowice (Poland) in December 2018.

The Talanoa Dialogue is based on three questions related to climate actions: where are we? Where do we want to go? How do we get there?

In addition to supporting a range of projects that bolster Brazilian NDCs, the World Bank has recently facilitated the Talanoa Dialogue Brazil, with resources from the NDC Support Facility, and whose history is recounted in the video for the event. At the event, representatives of the public and private sectors and civil society leaders were invited to a participatory, inclusive and transparent dialogue on what should be considered in the implementation of Brazil's contributions. Plans for additional and broader dialogues with civil society, the private sector and NGOs are underway. 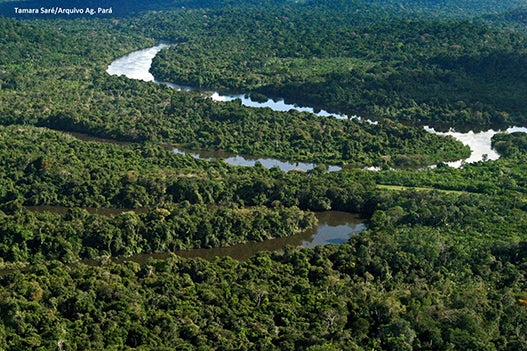 Climate and poverty
As parties directly accountable for global warming, we have a responsibility to reduce emissions to avoid climate disasters that pose imminent risks to ecosystem maintenance and to future generations. There are currently 7.6 billion people on Earth, and we account for only 0.01% of all lifeforms on the planet. However, we have already caused the extinction of 83% of all mammals and 50% of all plants on the planet, especially in the last 50 years, which many scientists define as the sixth mass extinction of life in Earth's 4-billion-year history.

The global temperature today is 1.2 degrees Celsius above pre-industrial levels; without urgent action to reduce vulnerability, climate change may push 100 million people into poverty by 2030. In fact, climate impacts on poverty are much greater than we thought until just a few years ago. A new report by the World Bank shows that the annual impact of extreme natural disasters is now equivalent to US$ 520 billion in loss of consumption capacity. As such, all actions aimed at reducing climate change, including the NDCs, are intrinsically linked to the World Bank's mission to eradicate extreme poverty.

Now that the NDCs are no longer a mystery, it is easier to know what Brazil is doing to address climate change and contribute to a more sustainable future. Why dont world goverments post small tree saplings to all there citizens . They can plant them in there gardens or for people who live in flats go to the local park or countryside to plant theres.
That would be 3.7 billion more trees on earth taking in co2