Paying for ecosystem services, a successful approach to reducing deforestation in Mexico 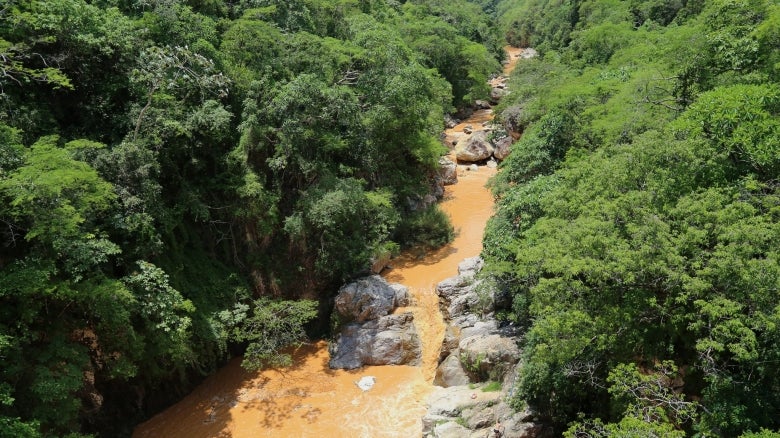 Forested land provides a wide variety of benefits: they regulate water flows, sequester carbon, and harbor biodiversity. But farm communities receive few of these benefits.  For them, forested lands mean some fuelwood, timber, perhaps some fruit — benefits that are much lower than those they could get by cutting the trees down and cultivating the land or using it for pasture. It’s not surprising, then, that many of them choose to do so, resulting in high rates of deforestation throughout the world.

Efforts to halt this trend have usually focused on regulations banning deforestation. These efforts have not worked. This is not surprising. Farm communities would give up a lot of potential income by conserving forests and receive few of the environmental benefits.

In recent years, a new approach has been tried. Instead of trying to force farm communities to conserve forests, they are being paid for the environmental services they provide by doing so.  This Payments for Environmental Services (PES) approach was pioneered by Costa Rica and has become particularly common in Latin America.

Mexico has the largest such program in the region, with over 2 million hectares of forest receiving conservation payments. The program, which is administered by the National Forest Commission (CONAFOR), pays forest communities $10-$40 per hectare per year to conserve forests, depending on the type of forest and the risk of deforestation.

But, as with any policy, we have to ask: is it working? Are farmers who receive conservation payments actually conserving more forests than if they had not? After all, any farmers who had intended to conserve their forests (perhaps because the underlying land is too steep or rocky to have viable alternative uses) would be particularly eager to participate, as they would be paid to do something they would have done anyway. This is the problem of additionality: whether the policy is actually generating additional benefits (here, forest cover) than would have occurred otherwise.

Mexico, under evaluation
To test whether Mexico’s PES program is in fact reducing deforestation, an impact evaluation was conducted by a team of researchers from Oregon State University and Amherst College, with funding from the Mexican Government, the i2i Program supported by the United Kingdom, and the Program on Forests (PROFOR), and with technical expertise from the World Bank.

Results ongoing
These results tell us two things: First, that PES can be an effective way to reduce deforestation. Moreover, it does so without imposing costs on local communities. Indeed, local communities would likely only participate if payments are at least as large as the income they’re forgoing by conserving forests. The same assessment also showed that participating communities increased their social capital thanks to the program.

But these results also tell us that how PES is implemented matters. Without targeting, most PES payments might be made in areas at low risk of deforestation, where the program’s impact is minimal.

PES is not a magic formula that, when invoked, solves all problems. We must take great care in designing the program — setting eligibility rules, targeting high priority areas, establishing payment levels —to obtain the results we want.

Fortunately, PES is an on-going program, so it isn’t necessary to get everything right from the start. Rather, each year improvements are made in light of experience and new information. Helping CONAFOR get these details of implementation right and gradually improve the  program has been a major focus of World Bank support to Mexico’s forest sector.

For over a decade, a series of projects has supported Mexico’s PES program and other forest policies, with a third that just began implementation; another project that leverages PES to conserve high-priority areas is also under implementation.

Many of the benefits of better natural resource management — regulating water flows, conserving biodiversity, and sequestering carbon — are not enjoyed by those who decide how to manage resources.

PES is a valuable tool to address these situations, and can make important contributions to increasing sustainability, mitigating and adapting to climate change, and preserving biodiversity — and is already doing so, in countries as diverse as China, Brazil, and Ghana. As with any new tool, it is important to learn how to use it well. PES will only help us achieve our desired environmental outcomes — and do so in a cost-effective way — if it is well designed and continuously improved considering lessons learned and new information.