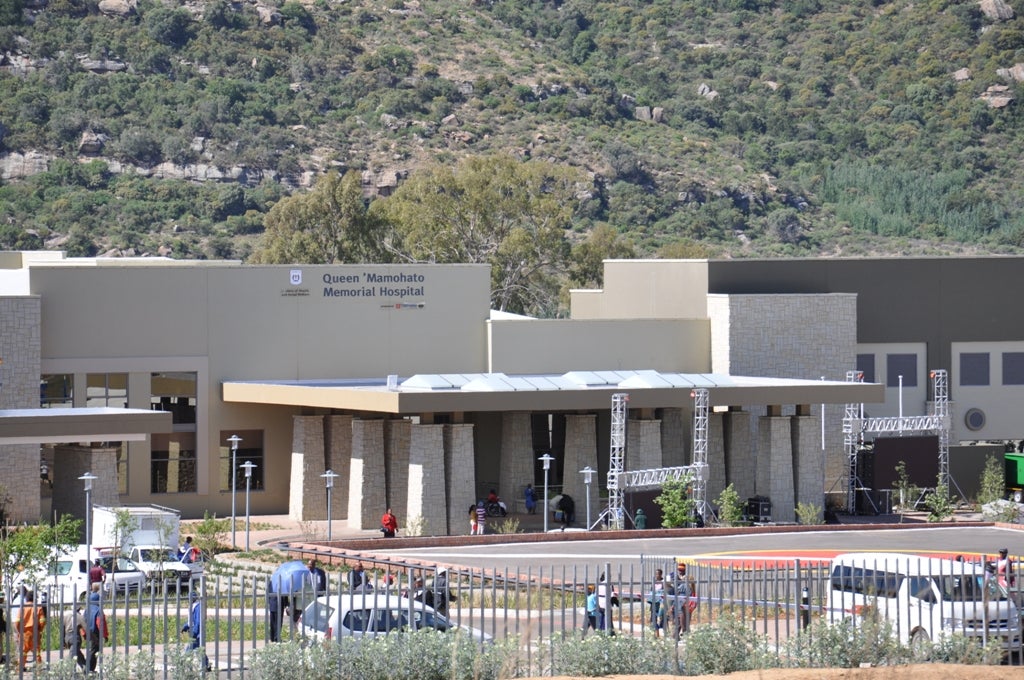 Thousands of Basotho joined HM King Letsie III last Friday at the inauguration of a state-of-the-art hospital in Maseru, Lesotho. The new hospital, together with its three filter clinics, is bringing modern, high-quality health care to about half a million people—or a quarter of Lesotho’s population—living in Maseru district, and also serving the country as a revamped national referral and teaching hospital.

Prime Minister Mosisili reminded the audience of Lesotho’s history as a British protectorate. “The protectors gave the country its first national hospital in 1957 and named it Queen Elizabeth II after their Queen,” the PM said. “The new hospital is ours and we named it after our Queen, ’Mamohato.”

Why is this hospital so important? It symbolizes a fundamental change in publicly-funded health services in Lesotho.  The transformation in the country's health sector is supported by a unique partnership between the government and the private sector that is truly exciting as Africa looks for ways to reach the 2015 Millennium Development Goals, especially those related to saving mothers and children and fighting HIV/AIDS.

The new public-private partnership, one of the first of its kind in Africa, is managed by the Tsepong consortium, led by Netcare, a leading South African health care provider. Netcare’s CEO Richard Friedland said that the new hospital is their third largest public-private partnership hospital and that his company is committed to achieving results.

The filter clinics opened in April 2010 and have maintained zero maternal mortality (1,000 deliveries so far), an important achievement in a region with high maternal mortality rates. What is truly remarkable is that the running costs of the new hospital are no more than in the old defunct QEII. Patients pay the same fees as before.

The private sector arm of the World Bank Group, IFC, provided technical assistance to design and implement the facility as a public-private partnership, working closely with the Ministries of Health and Finance. IFC’s work has been fully aligned with Lesotho’s health sector reforms, which are supported by the World Bank's health team. A grant of US$6.25 million was provided through the World Bank-administered Global Partnership for Output-Based Aid to support the process.

It was simply wonderful to be able to share in the national pride of Lesotho. As the Queen said to me, "This beautiful new hospital brings us a sense of hope. It is a dream come true."  I could not agree more. This is how our work in health in Africa should be – contributing to transformation, supporting national aspirations, bringing hope and achieving results!

I met with several young female pharmacy technicians who had recently started working at the new hospital. They were busy dispensing drugs, using their computers. While they are paid the same as before, they were attracted to the new hospital because of opportunities for professional growth.  Notably, three quarters of the health professionals at the Queen ’Mamohato Memorial Hospital are Basotho.

I also met with a group of physicians and medical technicians who hail from Bangladesh. One of them, Dr. Ali, who has worked in Lesotho for over six years, said that the old QEII and the new hospital were as different as "night and day." I thought that was amazing testimony coming from someone practicing at the frontlines of healthcare delivery.

Beyond Lesotho, several countries are interested in this model, including Nigeria. This is no surprise as the current Minister of State for Health, Dr. Muhammad Pate, was one of the Bank’s task managers of the Lesotho project. Imagine what this approach could do in Nigeria, the second largest contributor to maternal and child mortality in the world—and a country that could afford many hospitals like this. A small country such as Lesotho can show the way to big positive change in Africa. A true beacon of hope for all Basotho. I just hope it stays that way!

This seems to be a good example of an initiative that while focusing on the overall goal—-achievement of the health MGDs-—was able to develop an innovative mechanism or means to achieve the goal.

What really caught my attention was the integrated health care delivery approach adopted—it is not only a national referral hospital but it has filter facilities. This has the potential to offer services across the care continuum and prevent the unnecessary hospitalization of cases that could be easily be treated at less cost and more convenience to the patient at the filter clinics.

It would be important that both the processes --“the how to”--for putting togehter this initiative and its outcomes be documented and assessed to derive lesson for other countries in the region.

I remember meeting with the project team in Johannesburg in the early days of the project, back in 2008, when I was based in the region. Catherine O'Farrell, an IFC Investment Officer working on the project, was hosting Netcare, its partners, and the local stakeholders in Lesotho, and helping to structure the project. At the time, it was hard to visualize the end result.

Now, three years later, to see the project launch - that is truly special. It makes me proud to be part of the Bank Group, when I see projects like this that show how our work supporting clients can lead to tangible results.

Congratulations to the people of Lesotho.

Great example Ritva. Thanks for sharing. Would love to know how the Global Partnership for Output-Based Aid can be leveraged to support such experiments in other countries. How do we do more of this?

all out of words.....am just hoping and praying that the services will be as beautiful as the hospital its self..i love it......thnx to those who made it possible.

How wonderfully recommended. We pray God Almighty as the Christian nation that we are provided wisdom and strength to continue the good work. No wonder someone just from nowhere called this country "The kingdom in the Sky". What a revelation Lesotho is indeed "next" to God himself. All we could do is to tap efficiently on the heavenly resources. Let this hospital be 'Treating while GOD heals"

The Lesotho Hospital PPP is a great example of IFC/Bank collaboration and will serve as a model for other countries.

There is a series of articles in Handshake, IFC's journal on PPPs, that tell the story from several perspectives, including the Lesotho government and the COO of Netcare, the private sector partner in the project. You can read them at http://goo.gl/MzZG7 or www.ifc.org/ppp.

Thank you all for your comments, which are very helpful. I just wanted to let you know a few things in response. We are working on a cross-country South - South learning program so that other countries in Sub-Saharan Africa can both learn how Lesotho made this happen, as well as bring some of their own experiences and innovations to the table. Countries that are already showing interest in finding out more about the Lesotho model include Benin, Burkina Faso, Mauritius, Nigeria, and Uganda. Also, we will be making every effort to document and share the progress of the hospital and the filter clinics, including by seeking the views of patients and practitioners to assess how satisfied they are with the quality of care and the work environment. Thanks again for great feedback. Stay tuned!

One can only react with considerable pride and gratification in regard to the October 21, 2011 Maseru opening of Lesotho’s 425 bed National Referral Hospital. This state-of-the-art hospital, along with three filter clinics, is a major contribution toward a robust Lesotho national healthcare system. The achievement is all the more prominent because of the Public Private Partnership (PPP) model used to make the opening a reality, a pioneering effort in Africa.

The Global Partnership on Output Based Aid (GPOBA) is a committed stakeholder in this healthcare infrastructure facility having contributed US$6.25 million to help make access to services more affordable for the poor.

But there is more—much more—GPOBA can do to make healthcare for all a reality in Lesotho and beyond.

For example, GPOBA is nearing completion of a large scale, voucher based reproductive healthcare project in Western Uganda. The project provides the poorest of poor Ugandan women with subsidized Safe Delivery (SD) and Sexually Transmitted Diseases (STD) services at prices far below services cost. The project is tightly controlled and highly transparent because the flow of funds begins with the prospective patient. Revenue streams are tied to service delivery and are therefore services are of very high quality.

The project and other highly successful voucher driven projects in other parts of the world have given GPOBA a wealth of experience in creating marketing infrastructure for the delivery of essential services to the neediest populations. It is in this area of marketing infrastructure that GPOBA’s experience can enhance the international commitment to improving access to healthcare.

Given that over half of Lesotho’s population lives in poverty, and the country
has the third highest HIV/AIDS infection rate in the world, GPOBA’s experience in being able to engage this demographic in seeking professional maternal care and receiving healthcare services for STDs could fill a gap that would make Lesotho’s bricks and mortar facilities even more successful than they are likely to be.

Not only that but the recognized success of GPOBA’s OBA portfolio with its transparency, independent verification/audits, and levels of accountability, along with technological innovations such as the use of text messaging for timely data transmission and integrity are fully compatible with the independent monitors and contract compliance provisions already at work in Lesotho’s National Referral Hospital and clinic facilities.

One can hardly imagine a more appropriate addition to Lesotho’s new healthcare facilities than a GPOBA voucher project.