End gender-based violence in Kenya through education and law enforcement 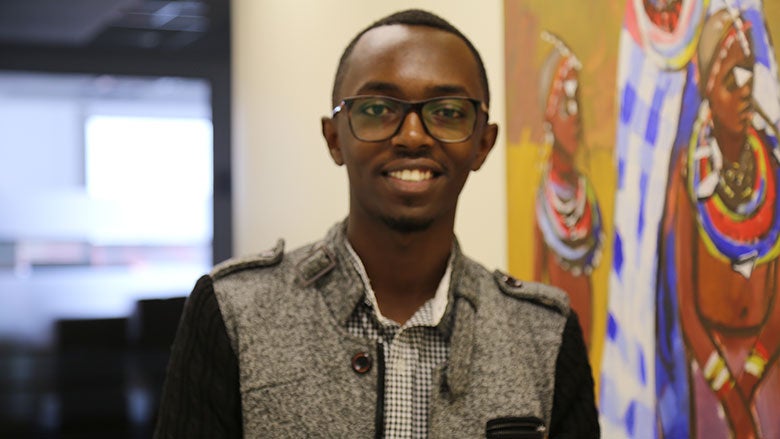 Growing up in the slums of Kawangware, gender-based violence (GBV) was no new term.

My earliest recollection of GBV is of my father, who was a drunkard shirker who jumped on any prospect to physically hit my mother. There had to be a reason to justify her swelling black eye.

It was either the food was too cold, she came in too late, or she didn’t respond to questions fast enough. These and all manner of vindication. The fights would grow to murderous magnitudes as both my parents would hostilely hold knives at each other. Although my siblings and I would incessantly cry the whole night away in fear, we grew accustomed to the barbarity. Partly because the exact same thing was happening in our next-door neighbor’s house, which was only separated by a corrugated iron sheet. It took a little education and exposure to understand what all that was. It was GBV in its essence, deeply entrenched into a poverty-stricken family with little or no education to know any better.


While it is generally understood to refer to violence against women, GBV takes several forms. These include both physical and psychological harm to a person’s wellbeing, because there are socially ascribed differences between different sexes. The term has also been broadened to accommodate rape, female genital mutilation (FGM) and forced marriages.

Kenya records one of the highest cases of incidents of GBV. Before the age of 18, four out of 10 ladies fall victim to one form of violence or another. This is vastly alarming in a nation that is the regional leader of civilization. Several efforts and interventions should be put in place to see a reduction in GBV. For starters, it is incumbent upon us to understand the root cause of GBV in an African setting.

For the longest time, it was believed that husbands showed dominance in their homes by battering their wives. Women did little to protest as it was a show of submissiveness, an act advocated in both religious and cultural settings. This brings us to the first step in eradicating all forms of gender violence; a little education and awareness on the insignificance of such beliefs would go a long way in demystifying GBV. It took me some primary school level education to understand it was wrong for my father to hit my mother. If the same effort is replicated on a national level to create a ceaseless campaign against retrogressive practices that are biased towards one gender, the effects would be immeasurable.

Although Kenya has one of the best laws against GBV, the only bottleneck that hinders their implementation is an enforcement authority that is not empathetic and accommodative to gender-based issues. A police station is the last place an abused woman would consider running to. To solve this, every police station should employ at least one official practitioner who can handle the violence at a more advanced psychological level. I am sure a university graduate with a degree in counselling would excel at this.

Bachelors of Science in Agribusiness and Trade

This is an incredible article, Patrick, you raise very valid points, thank you for sharing your personal story, and using your painful personal experiences to shed light on such a critical issue.