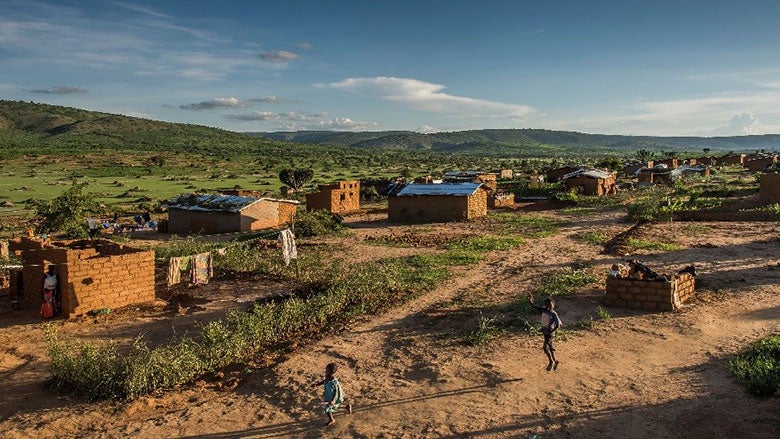 For several decades now, Uganda has been generously hosting refugees and asylum seekers from the conflict-affected countries in its neighborhood, especially the Democratic Republic of Congo, Somalia, South Sudan, Rwanda and Burundi. Since achieving its independence in 1962, the country has been hosting an average of approximately 161,000 refugees per year; and the numbers crossed 550,000 in August 2016. In three weeks since the latest fighting in South Sudan broke out on 8 July, nearly 37,491 people  were forced to flee to Uganda, more than in the first six months of 2016, according to UNHCR.

Uganda’s door is open to all asylum seekers, and the country is lauded for having one of the best refugee law and policy regimes in the world. Uganda has emerged as a country possessing a very receptive climate for refugees and “the place where the rest of the world can learn something about the treatment of refugees” according to a 2015 feature by ZIET Online editor Von Philip Faigle. While Uganda is experiencing an ongoing “silent emergency” due to a “slow but steady” refugee influx, especially from the Democratic Republic of Congo, and more recently, Burundi and South Sudan, it has nevertheless kept its asylum door open to all seeking refuge within its borders. Pope Francis himself, upon his visit to Uganda in November 2015, praised the country for showing “outstanding concern for welcoming refugees, enabling them to rebuild their lives.”

While the main focus of domestic refugee laws in many countries is regulating the asylum and refugee status determination process and setting up national refugee agencies, few have provisions effectively addressing the key development issues associated with displacement.

Uganda’s progressive refugee policy and legal framework has many impressive aspects: (1) opening Uganda’s door  to all asylum seekers irrespective of their nationality or ethnic affiliation, (2) granting refugees relative freedom of movement; administrative permits to leave and return to their designated settlements, and the right to seek employment; (3) providing prima facie asylum for refugees of certain  nationalities; and (4) giving a piece of land to each refugee family for their own exclusive (agricultural) use.

There is however one significant limitation of the legal framework as it does not provide the permanent solution of citizenship for refugees who can neither repatriate nor be resettled elsewhere; not very different from most countries in Africa or across the world. Refugees can, however, vote and be elected at the village level, per Section 46(3) of the Local Government Act and the constitution.

According to Uganda’s Approach to Refugee Management report, the 2006 Refugees Act and the 2010 Refugees Regulations embody key refugee protection principles and freedoms, including: (1) the right to own and dispose of movable property and to lease or sublease immoveable property; (2) the right to engage in agriculture, industry, and business; practice ones  profession; and access formal and informal employment opportunities; (3) the right to economic, social, and cultural benefits, including access to elementary education, protection of intellectual property rights; (4) entitlement to receive fair and just treatment, without discrimination – among others.

There have been attempts to understand why Uganda and Ugandans are exceptional in their openness and generosity toward refugees. Explanations range from many Ugandans themselves having been refugees or internally displaced at one time, the cultural and linguistic openness of Ugandan society, ethnic affinities between Ugandans and many refugees from across the border, the political ideology of Pan-Africanism, and decades of political stability despite its geographical location in a turbulent neighborhood.

It would however be remiss not to mention the effective partnership between the government and UNHCR which dates back to the early 1960s. It has matured into a strong and efficient collaborative relationship for the benefit of refugees, extending to all the reception centers and settlements located in the remotest corners of the country. It is this historical partnership that has ensured the effective protection of refugees and innovative programs for receiving, settling, and integrating them.

Refugee policy regimes globally fall along a continuum of allowing or disallowing refugee’s freedom of movement, the right to work, and property ownership rights; in countries hosting refugees. Global experience shows that self-reliant refugees are better prepared to return to their countries of origin. In both new and protracted displacement situations, enhancing self-reliance of refugees requires a conducive legal and policy framework as seen in Uganda.

A case in point are the refugee groups such as Rwandese and Sudanese who were able to secure some access to employment and education opportunities while in Uganda. When they eventually returned to their homes, they became the backbone of the new ruling elite, running the civil service, military, and private sector in their respective countries. Uganda has set an example for the world to emulate.