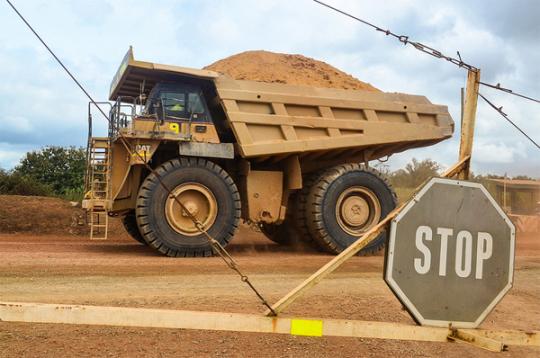 With oil in Niger and Uganda, natural gas in Mozambique and Tanzania, iron ore in Guinea and Sierra Leone―African countries are increasingly finding rich new deposits of oil, gas, or minerals and just as quickly, attracting the courtship of international companies that are drawn to Africa’s new bonanza in extractives wealth.

Some of Africa’s biggest oil and mineral-rich countries, with the highest per capita GDP on the continent, are also among the lowest ranked in terms of education, health, gender equality, and other key social indicators. Historically, export earnings and economic growth created by oil, gas, iron ore and other natural resources have not translated evenly by governments into much less poverty, more prosperity, and better health and education for all their citizens. The investments which drive oil and mineral extraction do not bring many jobs. Even in countries without oil and other mineral wealth, the focus on growth for its own sake clearly needs revisiting: as someone in Africa once said to me, “all this talk about growth is great, but I can’t eat growth.”

So striking the best possible deal for Africans in exchange for selling their minerals wealth is vital for their development future. Flanked by their highly-paid advisers, the international companies that visit Africa looking for minerals deals sit across the negotiating table from government officials who may be less well-versed in contracts, unsure about the true extent of their new mineral finds, or may be eager to strike a deal because their country has too much poverty and too few jobs. In many cases, the commercial playing field is not level, and African countries quickly find themselves on the back foot.

Deals are made and contracts signed, and it is not a surprise that they are neither equitable nor transparent; and that the benefits often do not reach the population.

This resources paradox, where countries neglect to invest in the better social and economic wellbeing of their people when new oil or mineral wealth floods into their economy, is not new. But Africa is now experiencing a major new wave of mineral discoveries, and while poor countries in the region surely welcome the prospect of more investment with open arms, past experience in this area is sobering.

Africa’s mineral and oil wealth is enormous. The continent has 30 percent of the world’s minerals and proven oil reserves equivalent to 10 percent of global stock. Yet, much of the natural wealth of the continent remains unexplored. In the past five years alone, major new discoveries of oil, gas, and minerals have been announced in Guinea, Kenya, Mozambique, Niger, Tanzania and Uganda, to name a few. The tendency is for additional finds as global demand opens new frontiers. As a result, African oil production, for example, is expected to continue to grow at an average rate of six percent a year for the foreseeable future.

Properly harnessed and managed, Africa’s mineral wealth could be transformational for the continent’s future. But avoiding the mistakes of the past depends upon a host of factors. Harnessing natural assets is typically subject to the “weakest link” problem – if any one link is broken the whole development chain can be jeopardized. Done poorly, there are risks that mineral extraction falls back into an enclave activity that generates limited local benefits with few links to the rest of the economy. Better education, health, nutrition, and other human development indicators, not just economic growth, should be the benchmark for smart, effective oil and mineral investments.

The period immediately after the discovery of new mineral deposits tends to be a vulnerable one for governments. They often come under enormous social and financial pressure to spend their new-found wealth on rushed or unplanned national investments which carry little benefit over to future generations. It would be better if countries took the breathing space to plan the use of their mineral windfall in a way that benefits current and future generations. This could be especially important for fragile and conflict affected countries, already under enormous pressure to use their little resources immediately. Again, fair and balanced contracts that are fully open to scrutiny by everyone in society are absolutely essential for wise, long-term development.

To help African governments get the best possible deals for their mineral discoveries, the World Bank is setting up a new multi-donor trust fund that will offer advice to governments as they negotiate deals with investors that are fair, environmentally responsible, likely to create jobs, and will create inclusive and lasting growth.

However, balanced contracts that are sensitive to local people and their air and water quality are one vital part of the equation, but not the only one.

It is no surprise that commodity markets have shaped much of Africa’s recent economic destiny, for better or worse, as global markets continue to wobble. The recent discoveries hint that many African countries will continue to increase their dependency on extractive industries in the foreseeable future. There is thus an even greater urgency to help countries manage their valuable resources prudently and tell a new story about modern Africa, one in which all Africans share the prosperity.

The World Bank is hosting a high-level discussion to address many of these issues at a world-wide level during the annual meeting of our Board of Governors. On October 11, 2013 the flagship seminar entitled Blessing or Curse: Making Earth’s Riches Work for Poor and Fragile Countries will be live from 11am to 12.30pm EST. Watch live and join the discussion here: http://live.worldbank.org/extractives-fragile-conflict-states. Let's Communicate.
It's unfortunate God has given us the resources but less talent to manage them. My advice is simple – let’s train our own talents – let’s make our own market – let’s bring up our own policies - let’s unite the mineral and extractive industries in Africa and focus on a long lasting goal that will benefits not just the people of today but also the people of tomorrow and generations to come.
We have reputable references all around the world… the middle east countries are a good example – see the Kingdom of Bahrain , see Saudi Arabia, see Kuwait, See the UAE.. And much more... They are united and focus – they are considerate in their deals and drilled towards the best for their people.
It all started long ago in these nations, they had no skills, no ideas, no man power, and no engineers. But could stand out to be what they are today…
Africa can do more than this and make good of their own mineral resources.
In a meeting with a business coach, I mentioned, we could work successfully with the westerners in our extractive and mineral industries. But the problem we got was effective communication. Go see the repetitive strikes in South Africa and other nations in Africa. What are the fighting for? Communication!
There is indeed much to do within this sector and definitely African countries will continue to increase their dependency on extractive industries in the foreseeable future.
Let’s communicate between nations, between the industries and the workers in those mines, let’s device our extractive norms and communicate that to the westerners that wish to exploit our resources. Let’s follow up to be sure the industry matches the terms that are set and brings in the social developmental factors we are expecting from it. Let our employees within this mines be aware of what their rights are and what the nation expects from the industry… Let’s work together – let’s communicate…
Asi Anold.
[email protected]