To improve disaster outcomes for persons with disabilities in Africa, disaggregate data

According to the World Health Organization, approximately 15% of the global population has some form of disability. Official government statistics from the Africa region report the percentage of persons with disabilities to be as low as 2-5%, but in some countries it is likely closer to 20-22%, due to the prevalence of conflict, forced displacement and a lack of access to adequate medical services. Data is essential for understanding challenges and identifying solutions to support persons with disabilities, yet it is lacking in many of the contexts where it is needed most.

Persons with disabilities are disproportionately vulnerable in disasters. They accounted for 70% of the fatalities in Hurricane Katrina in New Orleans, United States, in 2005, and twice the death toll in the 2011 Japan earthquake as the rest of the population. Due to a lack of comparative information available, the extent of these challenges in many African countries is unclear. It is unknown how many persons with disabilities were affected by the 2020 flooding across Niger, or by Cyclone Idai in 2019 in Malawi, Mozambique, and Zimbabwe — or whether the resulting deaths, physical injuries and/or emotional trauma could have been mitigated with better risk information.

According to the United Nations Office for Disaster Risk Reduction, only 20% of persons with disabilities surveyed worldwide indicated that they could evacuate immediately without difficulty in an emergency. By identifying where individuals live, barriers they face and their needs, data can be used to support persons with disabilities before, during and after a disaster. The 2015 Sendai Framework for Disaster Risk Reduction, which 187 countries have adopted, emphasizes the need for disability-disaggregated data that is accessible, up-to-date and used to inform decision-making. In addition, the World Bank has endorsed the Washington Group’s disability questions (WG-SS) as the global standard and best practice for disability-inclusive data collection and use.

Local leaders in New Orleans have established a database to better support persons with disabilities, which residents can use to share their location, contact information and needs. This information has been used in recent years to target accessible early warning messages, evacuation assistance and deliver critical medical supplies. The recent Inclusive Resilience report notes that there is growing recognition among some government authorities in South Asia of the benefits of creating social registries, which link personal information to social protection mechanisms and geographical hazard and exposure distribution databases. In other contexts, it is humanitarian agencies that work alongside community members to map the needs in their area, and use the information to identify priorities for first responders, inform the preparation of emergency shelters and support relief efforts.

This data is especially needed in Africa

Most disability-disaggregated exposure and vulnerability data comes from the South Asia, and East Asia and Pacific regions. While these regions have among the highest exposure to natural hazards, the 2020 World Risk Report demonstrates that social vulnerability is much higher in Africa, leading to a higher overall risk score for many African countries. Such measures of social vulnerability are based on levels of susceptibility, adaptation, and coping.

Many factors make it difficult to collect this data in Africa. Resources are often constrained due to competing priorities and/or capacity challenges, definitions regarding disability may vary, and in many places, disability-inclusive policy commitments have yet to be translated into targeted approaches or implementation efforts. 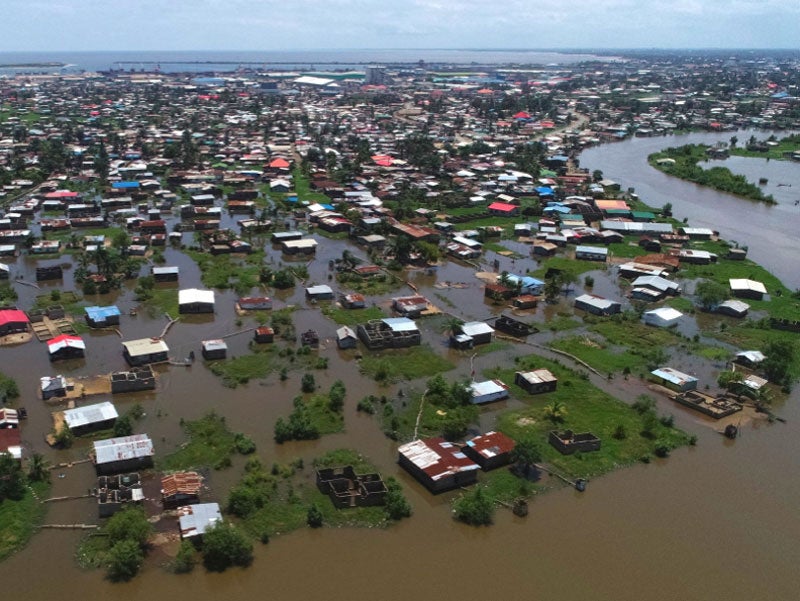 An aerial view of a flooded community in Monrovia, Liberia. Photo: iLab Liberia

The importance of the approach

There are often stigmas or social pressures that discourage community members from sharing information when a household member has a disability, such as implications on a family’s social status. The WG-SS accounts for these challenges by focusing on access or functional need while avoiding the use of specific labels that reinforce stigmas. These questions have been integrated into some African national census surveys, including Kenya’s 2019 census. The World Bank has developed resources developed resourcesto guide the use of these questions, including a forthcoming self-paced e-course on the collection and analysis of disability-inclusive data. It is also important that local enumerators receive adequate training on the methodology to ensure data quality. 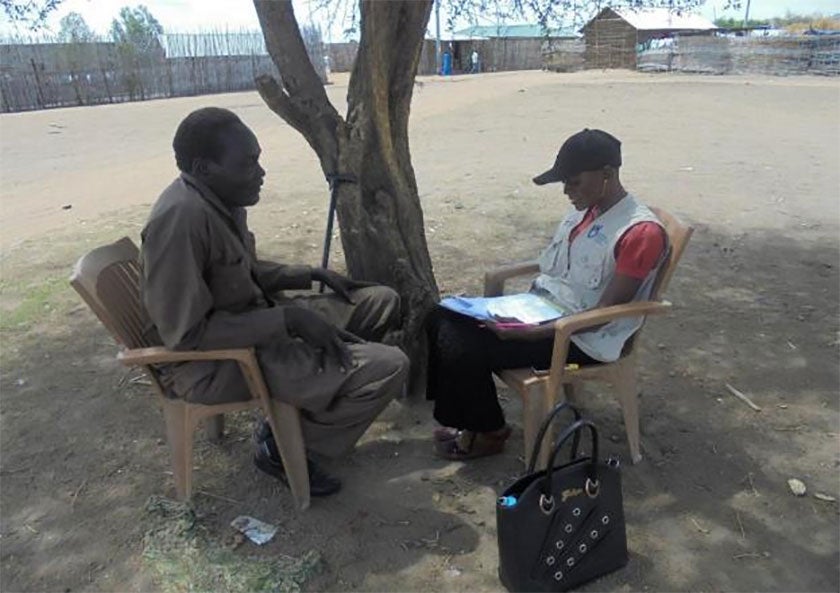 A member from the Organizations of Persons with Disabilities (OPDs) participates in the identification and assessment of persons with disabilities in Juba, South Sudan. Photo: Humanity & Inclusion

When collecting this data, it is critical to understand data privacy standards and concerns. There is evidence of the harm it can bring when locally sensitive identification data falls into the wrong hands. Community members may not trust that their information will be protected or want to engage if past efforts did not lead to meaningful change. Working through trusted local leaders, Organizations of Persons with Disabilities (OPDs) and community members to determine the approach, use of the data and who will have access, can help to strengthen trust and buy-in of the process.

Many teams are already supporting the collection of disability-disaggregated data in a number of ways, and it is important for the World Bank’s Global Practice for Urban, Resilience and Land, which is spearheading resilience building, to join in these efforts. Doing so will support our government counterparts in upholding their commitments to the Sendai Framework, and put a much-needed emphasis on the importance of disability-inclusive disaster risk management in Africa.

This research was supported by the Global Facility for Disaster Reduction and Recovery (GFDRR). To learn more, please visit our website.