Leave no Ethiopian behind by involving as many citizens as possible, and by solving the country’s challenges 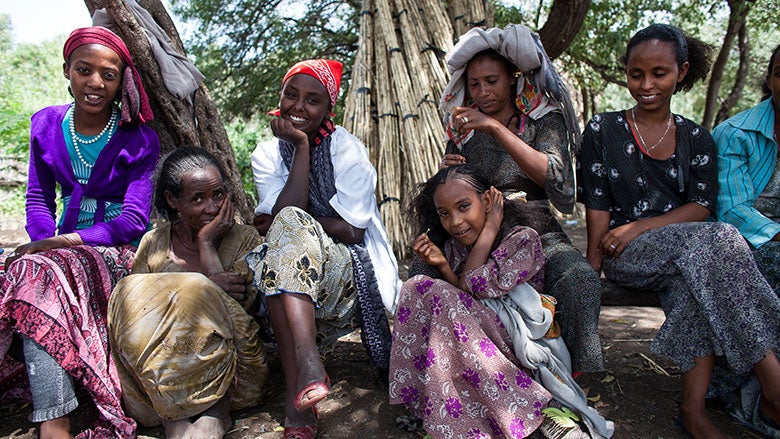 In 2016, World Bank Ethiopia launched a Blog4Dev contest inviting students to share their ideas for how Ethiopia can reach middle-income country status without leaving anyone behind. This is the second of three winning entries.

How can Ethiopia reach middle-income country status without leaving anyone behind?

This question is a rather complex one, but solvable nonetheless as it has been done by numerous other nations. I’d like to start by identifying the major problems of our society today. Firstly, the literacy rate of the general population is below average as compared to the rest of the world. Secondly, our traditional way of thinking. To mention the least, from a young age most of our women are taught the virtues of subordination and endurance to prepare for their home-confined roles as wives and mothers. Thirdly, the lack of motive and drive of the youth to work or initiate it and lastly, the majorities’ focus on major cities. These are four of the many obstacles we face in our society. I’d also like to mention our country’s strong sides of being agrarian and ethnically divided. If need be, we can better understand the concepts behind the mention by closely observing the histories of great nations, Korea and the USA respectively. As to the major obstacles, policies and reforms should be made to provide a long-lasting solution.

Among measures to be taken, progress on the current school system is yet to be achieved. Focus on elementary and preparatory levels of education is as vital as that on higher education levels if we must increase literacy rate. That is the first step to development. Also, even at university level, there’s need for changing the way of thinking of most graduates who possess an automatic mind-set of “get hired after graduation and be secure.” Entrepreneurship programs should be enforced so that everyone’s entrepreneurial spirit should be tapped into. This gives solution to another obstacle as well; the problem of non-productive activities. It’s becoming more and more noticeable that, in our neighborhoods, the youth are engaging in abominable activities like drinking alcohol and ‘chat’ chewing, for lack of ways to spend their time. First measure to be taken, I’d say, is the strict enactment of laws prohibiting these activities to certain extents. Another plausible way of deploying the youth power is spurring the expansion of enterprises and companies, thereby creating more work opportunities, local development and in extension national. Expansions could range from national to global markets. Strengthening private sector and foreign direct investment is a firm support to this. Also, building small enterprises that would in time become middle income, as it is being currently exercised is a great approach.

The other obstacle aforementioned is the excessive focus on major cities. It is a known fact that most citizens residing in the countryside see the capital and other major cities as a “pool full of money to grab.” Depending on cases, maybe true or maybe not. The problem with this is that, it dries out the potential of the countryside cities to flourish. Therefore, we need to spur the rich to invest in the countryside, have their companies built there, and provide incentives thereby creating opportunities for the local. We need also promote urbanization in those cities, which also serves as a solution for housing problems of the major cities.

To conclude, I think the best way to insure the development needed is to first focus on our agrarian land advantages. Agriculture accounts for 45% of the GDP and 80-85% of employment. As capital of the continent, Ethiopia shouldn’t have problems of reaching a wide market. We can use profits from a strong agricultural base to fund other pro-poor activities such as health, education and infrastructure. We can work on generations of students primarily attached to globally competent programs such as automotive and electronics. This, in turn, will become our safe guard for the future as well. All in all, putting the right amount of thought and energy into our school system, traditions, empowering programs, foreign investments, creating jobs and involving as many citizens are possible is, in my opinion, the right step towards reaching middle income country status without leaving anyone behind. Master's student at the Addis Ababa Institute of Technology

I appreciate the genuine concern and thoughts expressed to ensure all inclusive growth in Ethiopia. Rediet also mentions critical issues that need focus to ensure such a growth process. However, I am not sure how ethnic division could be an asset and whether our youth lack motivation.