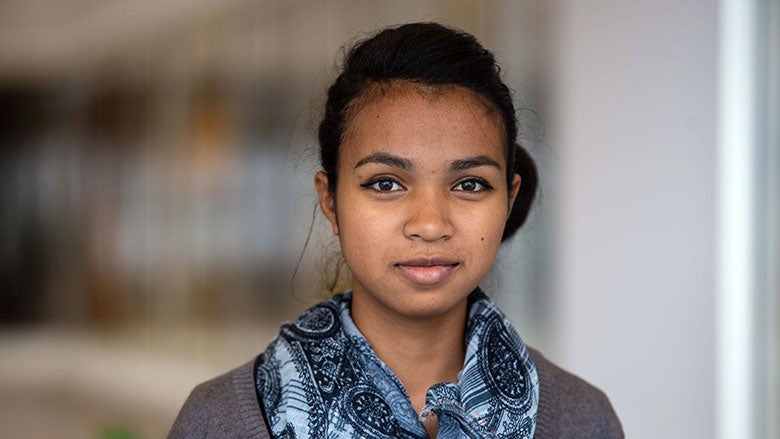 In 2018, Madagascar is said to be one of the poorest countries in the world. Antananarivo is said to be the third dirtiest capital. Some diseases like the plague persist in the country, even in 2017. Moreover, more than 35% of adult Malagasy people are still illiterate. One can witness corruption on every level. Every morning, a new political scandal can be read through newspapers’ headlines.

According to the World Bank, the Malagasy average salary was the sixth lowest in the world in 2012; and the average Malagasy lives with less than one dollar a day. For all these reasons and more, they say Madagascar is vulnerable and in constant crisis.

But that is not what we see.

What we see is that Madagascar is one of the wealthiest countries in the world with around 90% endemic species. What we see is that Malagasy students are recognized as some of the uppermost brilliant international students in the world. Year after year, more and more young Malagasy people create their own startups in order to generate work and opportunities. But above all, they take that leap of faith because they want to work for what they believe; they believe in change and in their country. Some others even founded their own NGOs in order to help their compatriots in need. We are a fragile country. But where they see poverty, we see potential. Where they see an archaic system, we see a will to change.

Where they see vulnerability, we see hope. We believe in Madagascar and we believe that we are the success story of tomorrow. We will have that incredible odyssey to tell our offspring and the world.

If the world saw what we saw, then the narrative describing our island would consider how the good will nullify the bad. If the world heard Madagascar’s voice, then it could speak back with solutions instead of contempt. One of the ways we have to help the voice of Madagascar, and Africa as a whole, is an ambitious project to use technology to inspire patriotism. We want to use social media to weave relationships across borders, to make the dream of a connected Africa closer to reality.

If your eyes are open to the dream of a better tomorrow today, then travel to our project’s home: https://www.flagpatriot.net to see the scaffolding of a dream awaken. Built with developers from Madagascar and South Africa, it is called Flag Patriot, and would make African news go viral and foster digital patriotism, by gathering news articles from reliable sources across the continent and making them easily shareable across social media. Every user can embrace the news from our Africa through the website or their smartphones. When continental patriotism is achieved, our nations will grow stronger than ever witnessed. Hi Claudia!!!
This is the best thing one ether said about Madagascar!
Thank you very much for saying such a thing about Madagascar. I totally agree with the approach, you agree there are bad things going on here (we cant ignore them), but let's focus on the bright sides of Madagascar, everyone knows the "story", so let's talk about the untold story about us, the beautiful sides, let's talk about good people working silently to improve our Nation!

Thanks a lot
Cheers
Hoby

As a musician, I have been experiencing unbridled support from the people of Madagascar. I live in New Zealand and have shared my music post via social media.