R.I.S.E., and speak out to end gender-based violence 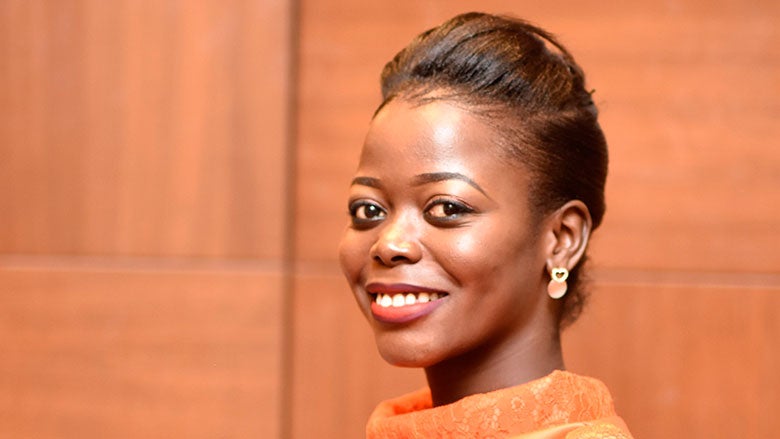 In December 2017, Josephine Karungi, a renowned TV host, invited me to share my story as a domestic violence survivor on her show “Perspectives with Josephine Karungi.” To say I was scared beyond my wits would be an understatement, and yet I still gladly wore my orange dress and boldly roared.

This was the second time I was publicly narrating my story within 14 months. First time was on my blog site, and in the Daily Monitor, a sister company to NVT.  Before then, I had only disclosed my ordeal to a few of my closest friends since I was afraid of speaking out.

According to African societal stereotypes, I was a young girl who had no business being in a relationship at my age, and therefore I believed saying anything would do more harm than good, so I chose to drench myself in depression until I pulled myself out of it after a year. According to the World Health Organization, an estimated 150 million girls under the age of 18 suffered some form of sexual violence in 2002 alone.

Keeping silent is what most youths do after they have been violently attacked, harassed or forced to do a sexually related act against their will. The perpetrators will do the same to another person, and the cycle of gender-based violence continues.

Those who speak up risk being doubted, punished or get victim-shamed from society. It is also a known fact that men and boys are also affected by physical assault and rape and in most cases, they keep silent about such incidences because of the social stigma regarding their perceived lack of machismo and other denigrations of their masculinity. I believe men should start supporting each other just like women have chosen to do. Encouraging survivors to speak up, creating awareness, providing support for survivors, and educating them and the public about online and offline gender-based violence (GBV), is what it will take to end this vice.

Technology can be used as an essential tool for combating this depravity, and it is precisely what I am setting out to do. This year, my team and I are launching a community-based organization called Roaring Doves, a digital and offline community where female survivors of GBV can fearlessly R.I.SE together through: I am choosing to roar so that a thousand years from now, another woman will not have to wipe their tears wondering where in history she lost her voice. What will you do to end gender-based violence?
Topics
Urban Development
Countries
Uganda
Regions
Africa
Series
Blog4Dev
Sustainable Communities You are brave Mary, sure someone will be inspired one day to boldly speak for themselves and others against the vices society underlooks.
That part where you encourage men to stel ul and fight for themselves is an eye opener. Society is fighting for the girl child, but who is there to fight for our brothers,our sons and our future husbands who are mollested but cant stand up for themselves because society will doubt them?
I am for the boy child,

You are a phenomenal woman Helda,
Thank you for sharing your story, I know it will inspire someone out there to break the silence.
God bless you

I am 27 year old woman from Namibia, can we please collaborate so i can learn from you as so many of young girls and woman are killed , raped to death , babies included and it truly disturbs me. Can you help me please.

I am writing this letter to solicit words of encouragement for women who have been experienced gender-based violence. As the head of my organization, we are now participating with the 16-day campaign to eliminate VAWC. Your response would be qouted in our page and it really means a lot to us. I am looking forward to your positive response regarding this matter.