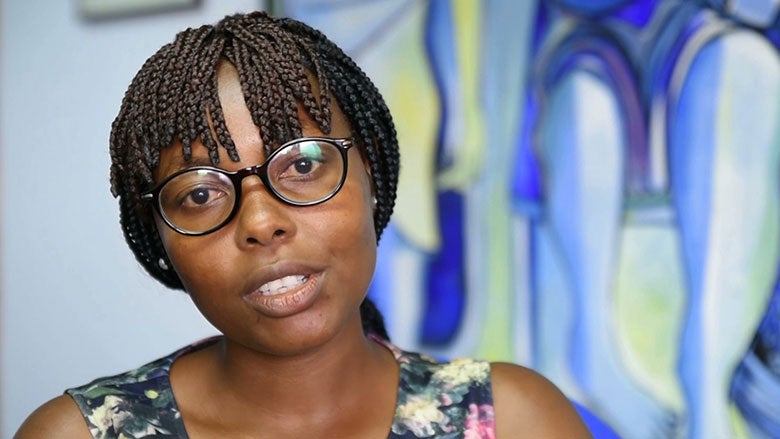 The communities of Kibaale East, Kamwenge, where I work and stay, lack informal and formal support structures that help girls, survivors and young mothers to cope with gender-based violence (GBV).

Although the majority of GBV violations are criminal cases that should be referred to police and consequently court, it is a huge hurdle for victims to overcome. The three sub-counties only have one magistrate court at Nkoma sub-county, which is 60 to 100 kms from both Biguli and Bwizi sub-counties, and would cost one 30,000 Ugandan shillings, to and fro, for a single trip. Each sub-county also has no more than two police stations that are stationed only in trading centers. Therefore, the community predominantly reports violence to male majority traditional courts that further interests of their own, as no women are allowed to attend sessions.

Informally, tradition acts as a barricade to justice. For example, defilement cases are rarely reported because of the shame that they bring to the entire family and the girl. A pregnant girl is also considered to have progressed to adulthood, no matter her age, and her place is confined to marriage and home-based duties thereafter.


In such villages, GBV has been normalized and because of deep informal traditional and religious systems, justice is rarely served. For such poverty-stricken communities, highly technological solutions cannot be the answer because gadgets are not easily possessed or respected as widely as inter personal relationships and face-to-face communications.

In my honest opinion, most interventions have failed because of their focus on girls that seem vulnerable to sexual and gender-based violence, but forget that if not duly empowered, their communities will not be able to participate in the creation of a sustainable support structure to encourage their efforts towards both prevention and intervention.

Through Embibo Gender-Based Initiative, a community-based organization that presents non-monetary solutions, we realized that the villages possessed water committees that were very efficient when it came to cleaning and maintaining water resources. Members that refused to do their part of the work were even arrested.

Employing this structure, we set-up a community-led approach that would empower the rural communities formulate village gender teams. These teams will be trained on positive messaging information on gender, and will constitute of 10 male and female lead members. These teams will then act as positive messaging centers and first referral on cases of GBV. The villages would then be expected to write down by-laws that clearly define the boundaries of GBV and actions to be taken for specific cases. The trainings will not only give the community the power to decide and act on cases of GBV, but will create leaders within the villages that will enable zero-tolerance zones for GBV violations, especially if this system is adopted widely.