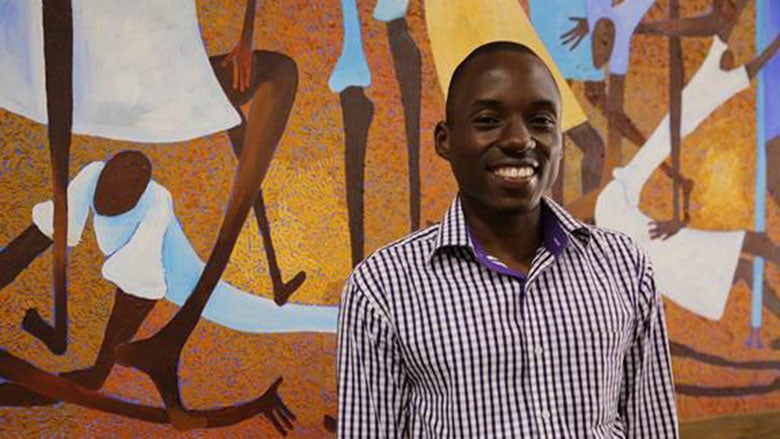 Getting more youth to engage productively in agriculture is not, and won’t be, an easy job. As an aspiring goat farmer and student in agribusiness management, I know that it takes real passion and commitment to make a living from agriculture. I am currently rearing 40 free range goats on a small farm in my village. On average, I spend about Uganda Sh30,000 to rear each goat—which I normally sell off during the Christmas season at Shs 200,000. This year, I intend to use the money to expand the business, and invest in high value crops to take advantage of the free manure from the goats.

I realise that not many youths see the prospects in agriculture as I do. And I don’t blame them. Those who are engaged in farming are frustrated by the traditional labour intensive methods of farming which offer very low returns. As a result, many have abandoned farming, leaving it to the old people, the poor, and those living in the rural areas. Youth have moved into the cities to work in petty trade, and there are many now, including university graduates, earning their living from riding the motorbike taxis known as boda-bodas.

Every country should see the engagement of youth in agriculture as a development priority if we are to make it cool for young people. By 2050, the world population will increase to 9.7 billion, and about 50% more food will be required to feed this population, according to the World Bank. With the world’s population growing younger every year, we cannot afford to have youth shun agriculture, or consider it not cool enough—not when we are also faced with the threat of climate change.

So how do we reverse the situation and get more youths to take agriculture seriously as a business? Just like the process of farming, you begin by planting the seeds of agripreneurship at a younger age by introducing agricultural clubs in secondary schools. This is a good time when most students are beginning to think and plan for their future careers. The students who participate in agriculture while in school also tend to view it only as a subject and engage in it mainly to pass exams, not to build a future out of it. Others are dragged unwillingly to the school farm as a form of punishment, which ends up cultivating a very negative view of agriculture rather than as an enjoyable activity and profitable career. In addition, the dividends from the farming are shared out to the whole school, or taken by the school administration, without much benefit to the individual students who put in all the effort.

The Ministry of Education should consider supporting schools with a one-time agricultural input-kit consisting of an irrigation system, improved seeds, fertilizers and pest and disease control chemicals that can support production of high value crops on at least one acre. The agricultural club will then use part of the revenues generated after the harvest to train students in agribusiness skills like starting agricultural enterprises, value addition, marketing and developing business plans. Another proportion of the revenues will be used to organize agricultural learning visits to increase students’ exposure to new technologies. Once students gain production, marketing, and value addition skills and see that they can make money out of agriculture at that young age, they will not abandon the sector and we will have a generation of youths who love and treasure farming—and who will hopefully also consider agriculture to be the coolest thing EVER in the world! Am so much impressed my this Article, I was thinking about having Agriculture club here and that was how I stumbled on this article and really blessed me

I need some information about agricultural clubs in schools