Agriculture as a buffer in COVID-19 crisis: Evidence from five Sub-Saharan African countries 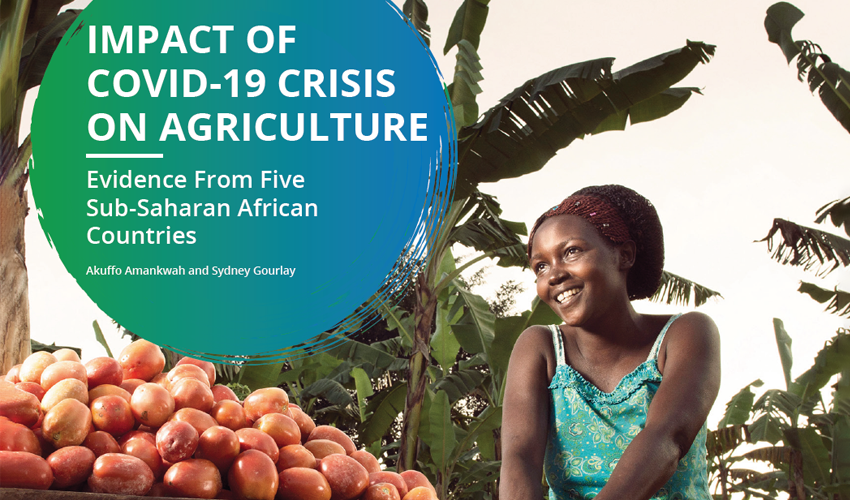 Countries in Sub-Saharan Africa (SSA) have not been spared from the negative impact of the COVID-19 crisis. Articulating a policy response to the impact of COVID-19 requires understanding how and which households have been impacted and if households may have been able to rely on or move into specific activities that may act as a buffer in crises. Governments of five SSA countries (Burkina Faso, Ethiopia, Malawi, Nigeria, and Uganda), in collaboration with the World Bank, are implementing several rounds of COVID-19 high-frequency phone surveys (HFPS) to monitor the socioeconomic implications of the pandemic. Agriculture is one of the focus topics included in these surveys. The sample included in the HFPS were interviewed face-to-face in 2018/19 as part of the Living Standards Measurement Study – Integrated Survey on Agriculture (LSMS-ISA) project, making comparison possible. Given that HFPS data collection coincided with the 2020/21 pre-harvest season, this piece focuses primarily on pre-harvesting using data collected from April-August 2020. 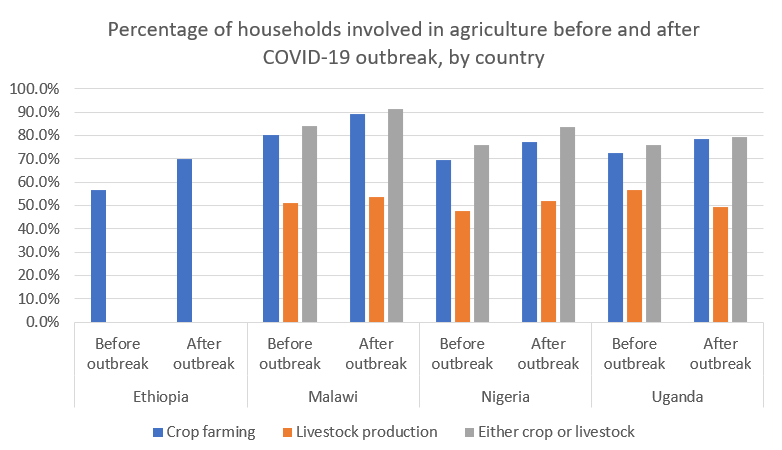 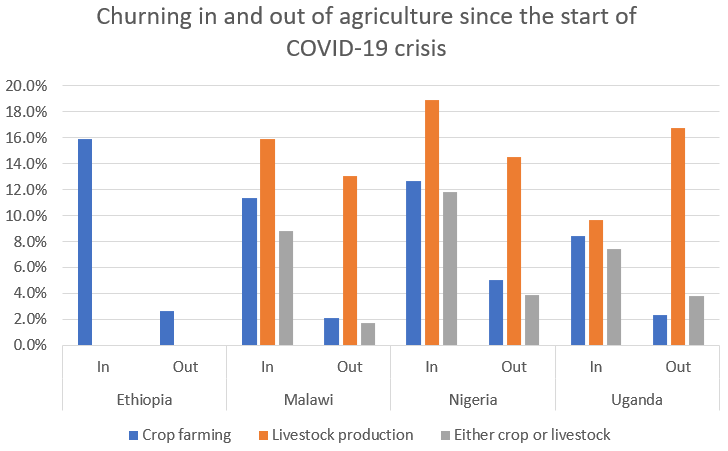 Looking deeper at the transitioning in and out of agriculture by rural-urban divide, the data show that, across countries, more urban households are moving into agriculture compared to their counterparts in rural areas. About 21% of urban households in Malawi who were not cultivating crops pre-pandemic are doing so now, compared to 9% of their rural counterparts. Similar results are observed in Nigeria and Uganda, where the share of urban dwellers going into crop production during the 2020/21 agricultural season seem higher than the share transitioning into some in rural areas. The high increase in urban dwellers participating in crop production might be the consequence of food security and employment challenges emanating from the pandemic's negative impact, which is more pronounced in urban areas. 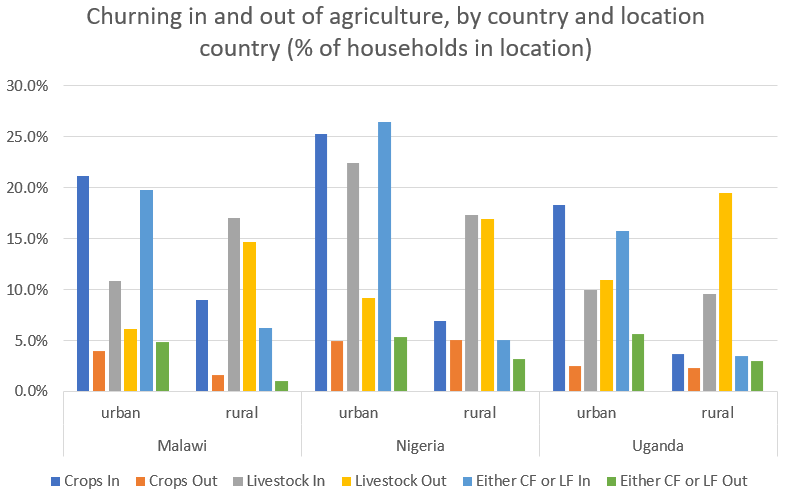 Overall, there is evidence that the agriculture sector is serving as a buffer for low-income households in the region, similar to the role it played during the 2008 global economic crisis (FAO 2009). 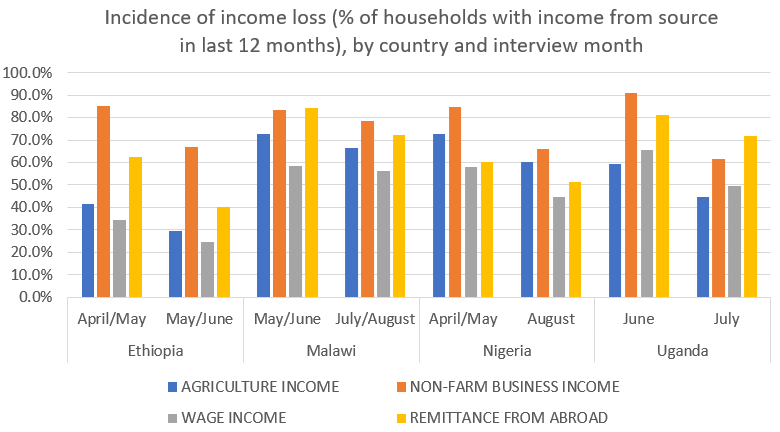