This blog is the third in a series of nine blogs on commodity market developments, elaborating on themes discussed in the October 2021 edition of the World Bank’s Commodity Markets Outlook.

Natural gas and coal prices soar. Natural gas and coal prices reached record levels in October 2021. Australian thermal coal prices and European and Asian spot natural gas prices were three, four, and two times higher than in January, respectively.  The increase in prices reflects a sharp increase in demand for electricity generation, especially in China and India, and constrained supply in part due to adverse weather events. Prices dropped back somewhat at the start of November, however, as China ramped up coal production, and seasonal demand eased.

Demand rebounds as the global economy recovers. Demand for natural gas and coal has rebounded as the global economy recovers from the pandemic, both for electricity generation and industrial use. In China, electricity production rose 11 percent in January-August 2021 compared to the previous year, while in India, it was up 17 percent y/y in August 2021. 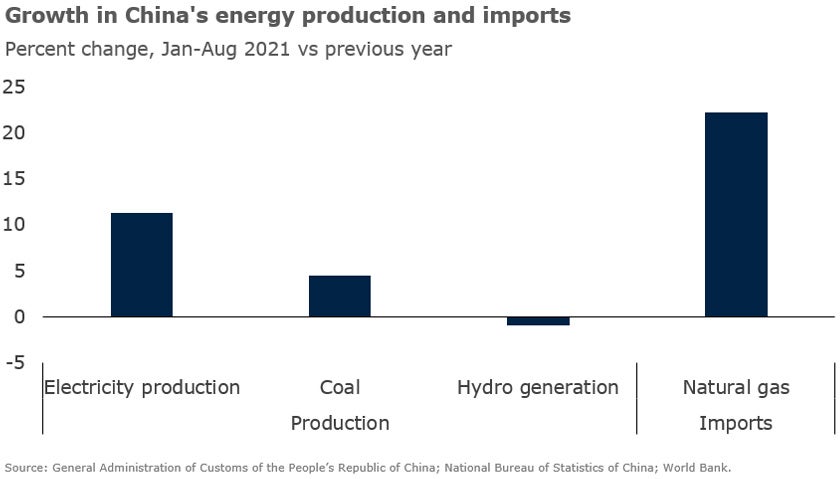 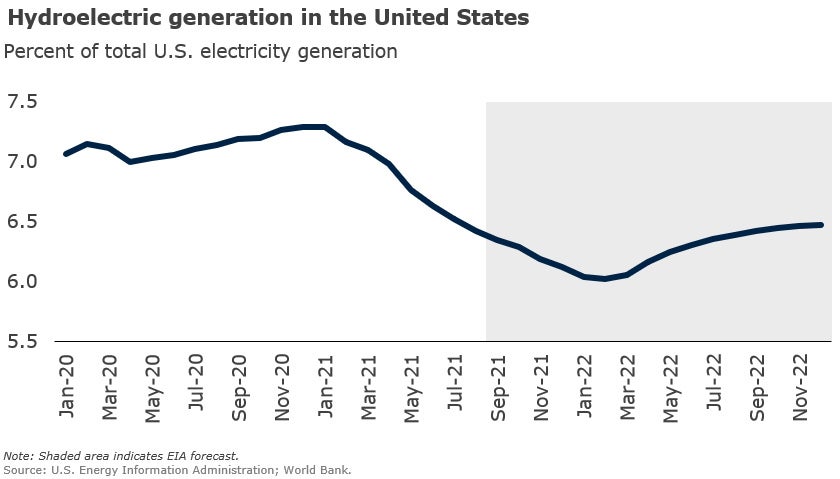 Increasingly integrated global energy market. The high correlation of natural gas and coal prices demonstrates how these markets have become increasingly integrated. This is largely due to the growing importance of liquefied natural gas (LNG). In 2020, LNG accounted for over half of all natural gas traded, up from just under one-quarter in 2000.  Europe in particular has become increasingly reliant on imports of LNG as domestic production has dwindled. As a result, a shortage of a fuel in one region, such as coal in China, not only can lead to higher coal prices in other regions, but can also exert upward pressure on the prices of substitutes such as natural gas.

Risks to the outlook. In the short term, prices of coal and natural gas remain highly vulnerable to weather-related conditions. Global inventories are currently very low compared to previous years, especially in Europe, where the current level of inventories remains well below their five-year average. That increases the risk of shortages and price spikes, particularly if the winter is colder than usual. More broadly, climate change and evolving weather patterns will increasingly affect the demand for these commodities by increasing energy use for cooling or heating due to extreme temperature swings. Weather-related natural events also affect the production of energy, both by their impact on renewable generation, as well as production of fossil fuels. 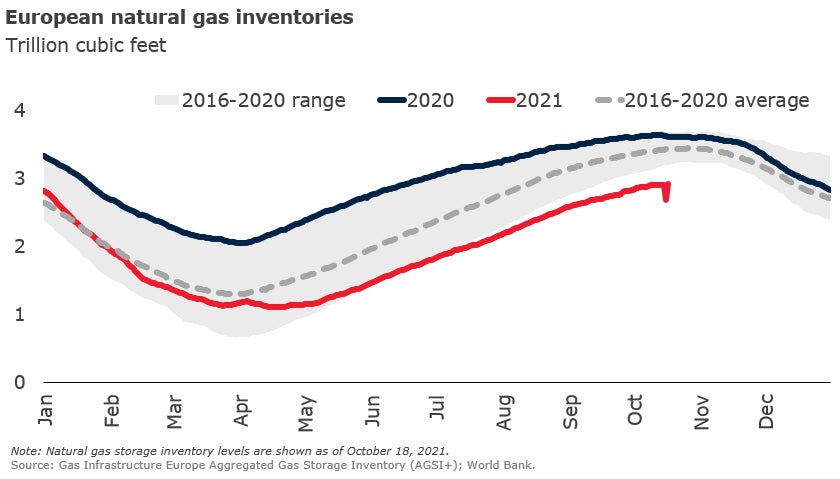 Broader impacts. The recent price surge in coal and natural gas prices (as well as oil) is having an impact on other commodity markets. Higher energy prices have impacted production of some metals (notably aluminum and zinc which are energy intensive to produce) and fertilizers (some of which use natural gas and coal as inputs).  Food production has also become more expensive because of high fertilizer prices and fuel costs. The surge in energy prices also highlights some of the challenges posed by the energy transition, notably ensuring there is sufficient investment in low-carbon energy sources to replace lower investment in fossil fuels. Reducing the share of fossil fuels in the energy mix can help reduce countries’ exposure to price volatility of these commodities.