Every data point has a human story


Good data leads to good policy, which means better lives for people around the world.  But where does data come from? And what’s really going on behind the scenes to arrive at these all-important numbers? A new PBS documentary called The Crowd and the Cloud brings data to life by showing us the real lives behind the data points and the hard work that it takes to turn a human story into a statistic.

Hosted by former NASA Chief Scientist Waleed Abdalati and written and produced by Geoff Haines-Stiles (Senior Producer of COSMOS with Carl Sagan), The Crowd and the Cloud is a four-part documentary that examines the rapidly growing field of citizen data science, showing how regular citizens are increasingly able to gather and share valuable data on the environment, public health, climate change, and economic development.

Episode 4: Citizens4Earth follows Talip Kilic from the World Bank’s Living Standards Measurement Study program as he travels to far-flung rural communities in central and southwestern Uganda, along with the survey teams for the Uganda National Panel Survey (UNPS). In the episode, James Muwonge (Director of Socioeconomic Surveys at the Uganda Bureau of Statistics) explains why household surveys like the UNPS are so important for investment decisions and policy-making, particularly in developing countries like Uganda.

A new commitment to household surveys at the World Bank

Household surveys are crucial for monitoring progress towards the Sustainable Development Goals  and the Bank’s twin goals of ending global extreme poverty by 2030 and boosting shared prosperity. However, we still face significant challenges around the world in terms of data availability - among the 155 countries for which the World Bank monitors poverty data, half lacked sufficient data for measuring poverty between 2002 and 2011. In response, the World Bank has committed itself to reversing this dismal state of affairs: in October 2015, World Bank President Jim Yong Kim announced that the Bank would support the 78 poorest countries in conducting an LSMS-type household survey every 3 years.

This commitment to household surveys at the World Bank builds upon the creation of the Living Standards Measurement Study (LSMS) program back in 1980. The household survey program was born after World Bank President Robert McNamara was appalled to discover that we had no way of measuring poverty across much of the developing world. From its home in the Survey Unit of the World Bank’s Development Data Group, the LSMS team has worked with the statistics offices of over 100 countries around the world over the last 35 years in order to improve the quality of their household survey data. 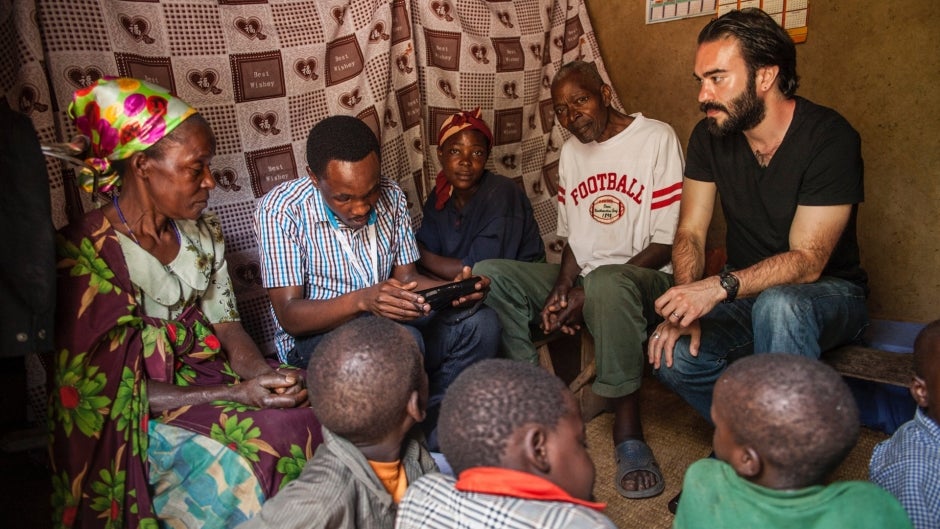 Aside from working with countries directly to improve household surveys, the LSMS team conducts methodological research to improve the way that we conduct household surveys and measure key development indicators. In many areas such as agriculture, gender, and food security, the international community is still struggling to develop best practices for collecting high-quality information at scale. The LSMS is at the forefront of many of these efforts. In partnership with topic experts at the World Bank and at other international institutions, the team works to establish methodological standards and best practices to improve the way that survey data is collected and used.

Now, thanks to The Crowd and the Cloud, we can get a behind-the-scenes look at the fascinating world of household survey data production. Along with Talip and James, we get to see the real faces behind the data points: people who are often struggling to make ends meet and improve their lives. Then we can start to really understand what’s involved in turning these human stories into data, and turning those data into policies for better lives.

Watch the documentary and join the live discussion online

Check out your local TV listings through World Channel to watch The Crowd & The Cloud Episode 4: Citizens4Earth on April 27 at 9PM EST. Following the episode, we hope you’ll join Talip at a live roundtable discussion from 10PM to 11PM EST! The data is already in the department of agriculture in our country. But the implementation of the project in each municipality and province. To deciminate in each barangay are very poor and the people are not aware in that paticular project. And the corruption of the officer and barangay official. If the project done with the signaturies. The project is like a poh. They forgeting after the money is in their hands.
If all the industry in my country can be restored again no one can live in a poverty. Everyone have is own job. By weaving of fiver. The other can be farmer. Because we have plenty vacat farm land. This is need to focus in agricultural industry. Thank you.

Talip, James and the Entire LSMS Team, Thanks for the good job you are doing amidst a host of challenges. Since we are able to measure and get the stories right from the ground, then we can manage the problems society is faced with. According to W. Edwards Deming, Without data you're just another person with an opinion. These are realities! I enjoyed the documentary!

Many surveys have been done in Uganda, generating factual information for policy, planning and actual development work that involves the participation of the communities themselves. Who is collecting the data and what instruments are they using? Both qualitative and quantitative methods apply here. What is required is to enrich the scope of Vital statistics, and train grass root leaders and authorities not only to collect the data as a routine exercise but to use, store it, well and avail it on short notice for reference and updates. Simple formats and soft ware could be developed for that. Places where traditional chiefs have influence, too could be incorporated. There is however that lingering problem associated, again with electioneering and haphazard resource allocation and the patronage that goes with it. It would be good to impress upon every child in high school the importance of statistics, records, their use in a community. For now the infrastructure for grassroots data collection has to be built or revived, revamped, and people trained to do the job, It is necessary to budget and fund this,National and regional, governments must give it support and own it. Let Donors come to give backup support.If we are to avoid confusion and conflict in the future,then the earlier we move into action the better; of course with careful planning.