Much of the world is deprived of poverty data. Let’s fix this.

About half the countries we studied in our recent paper, Data Deprivation, Another Deprivation to End are deprived of adequate data on poverty. This is a huge problem because the poor, who often lack political representation and agency, will remain invisible unless objective and properly sampled surveys reveal where they are, and how they’re faring. The lack of data on human and social development should be seen as a form of deprivation, and along with poverty, data deprivation should be eradicated.

Countries should measure poverty regularly, and have 2 or more poverty data points for every ten year period by 2030 – the target year for ending extreme poverty.

There is a growing chorus against data deprivation. Mo Ibrahim bemoans the ‘extreme poverty of data’ while Lawrence Chandy and Homi Kharas are underwhelmed and frustrated by the frequency of the global poverty estimates produced by the World Bank. Aleem Walji notes that recent poverty estimates are available for only half of the 155 countries the World Bank monitors poverty in, and a recent blog by one of us touches on this.

Finally, the recent United Nations IEAG Report “A World That Counts” argues that a lack of data can lead to a “denial of basic rights.”

We analyzed the availability of poverty data using the World Development Indicators (WDI) database, and have introduced a metric to measure the magnitude of “Data Deprivation.”  The WDI database identifies 1,101 different poverty data points based on household consumption surveys across developing countries between 1976 and 2013, for which poverty measures were computed at national or international poverty lines. While more data is becoming available over time, the extent of data deprivation is considerable.

To grasp whether poverty in a country is rising or declining, at least two data points within a ‘reasonable’ time interval are required. Inspired by the IMF's General Data Dissemination System (GDDS) that calls for poverty updates every 3 to 5 years, we measure the availability and frequency of poverty data across countries in 10-year intervals. In order to meet the recommendation by the GDDS, there must be at least 2 poverty estimates in a 10-year time period. 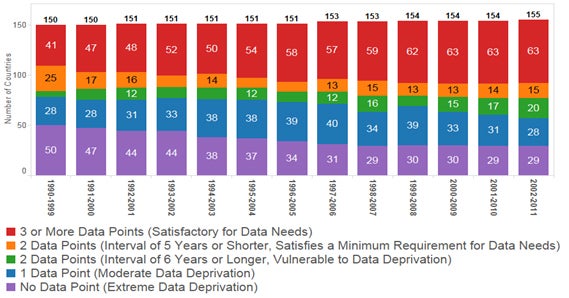 The challenges, however, are quite clear. A total of 57 countries from the study have either zero or 1 poverty data point between 2002 and 2011. While 35 countries have 2 data points, 20 of them experienced a stretch of more than 5 years without poverty data between 2002 and 2011. In summary, about half of the countries surveyed – 77 of 155 – are deprived of adequate data, 57 of them quite acutely. Using the terms proposed in our paper: 20 countries are vulnerable to data deprivation, while another 57 have either moderate (28) or extreme data deprivation (29).

A lack of survey data precludes country-level poverty monitoring efforts and also impedes global monitoring by reducing the precision of global estimates and relying on projections.
So how do we set targets to end data deprivation?

A proposal on indicators and targets for ending data deprivation

Based on the two principles of minimum requirements for data needs and satisfactory levels of data needs for poverty, we suggest two indicators of data availability:


Projecting the recent trends of the two indicators into 2030 (Figure 2), we propose the following targets:

Figure 2: The pace of growth in Indicator 1 and 2 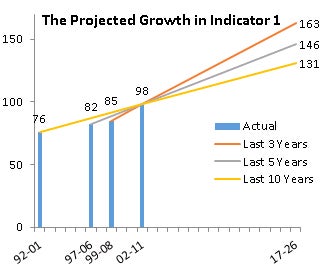 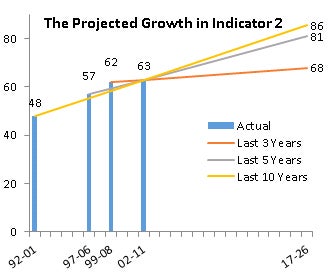 The implication of Target 1 is that the goal of ending extreme poverty by 2030 must be accompanied by the end of data deprivation. These targets are ambitious but possible. The proposed targets also align with the call for a ‘data revolution’ – exploiting advances in knowledge and technology, utilizing resources for capacity development, and improving coordination of efforts among key actors  to mobilize sustainable development (IEAG 2014).