Tracking the socioeconomic impacts of the pandemic in Nigeria: Results from the first three rounds of the Nigeria COVID-19 National Longitudinal Phone Survey

Nigeria has been hit hard by both the spread of the virus and the decline in oil prices—a sector on which the economy is heavily reliant. The government has thus been laden with the challenging task of managing a health crisis in an already weakened economy. To monitor the socioeconomic impacts of the COVID-19 pandemic in Nigeria, the National Bureau of Statistics (NBS), with support from the World Bank, is conducting the Nigerian COVID-19 National Longitudinal Phone Survey (COVID-19 NLPS).

The survey sample of 1,950 households was drawn from the regionally representative General Household Survey (GHS) Panel fielded in 2018-2019, and is well distributed across urban (39%) and rural (61%) areas.

Knowledge of preventative measures is almost universal and most respondents report engaging in safe practices. During the baseline round of the survey in April/May 2020, when a federally mandated lockdown was in effect, respondents were largely well-informed about important preventative measures against coronavirus, such as handwashing (97%), avoiding gatherings (90%), and social distancing (89%). By June, certain restrictions in movement had been lifted, but the majority of respondents continued to engage in safe practices to mitigate against infection, with 73% of respondents wearing a mask and 77% of respondents washing their hands all or most of the time after being in public. 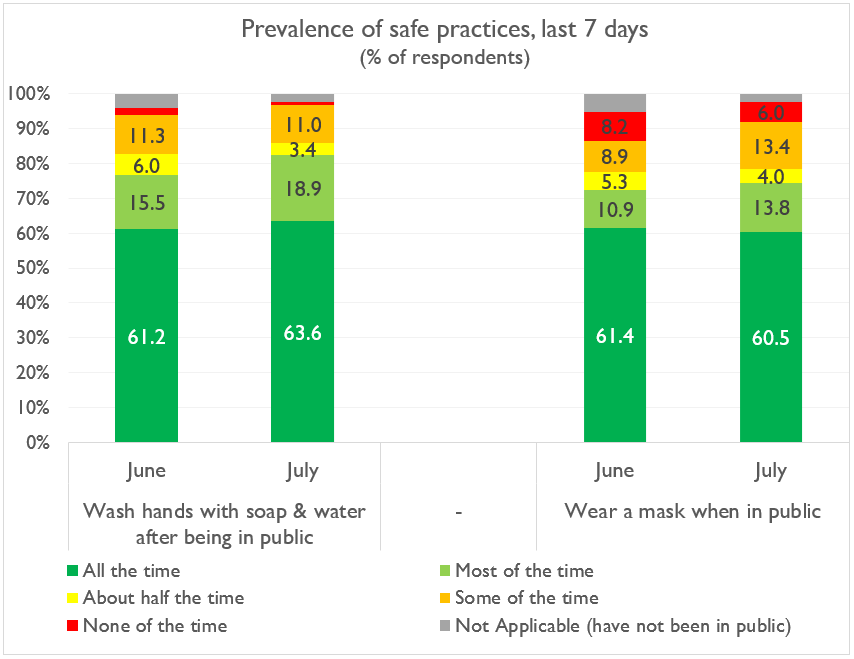 While significant recovery in employment was registered in latest rounds, a high rate of households reported income loss, and many are still moving in and out of work. During the first round of the survey, 42% of overall job loss could be traced directly to COVID-19, with a higher percentage of lost employment among the poorest (49%) and urban (48%) households, relative to the wealthiest (39%) and rural households (38%). The commerce, service, and agricultural sectors were hit hardest by the spread of the virus.

However, the second and third rounds in June and July showed significant recovery in employment, especially for rural households, as well as those in the agricultural sector. 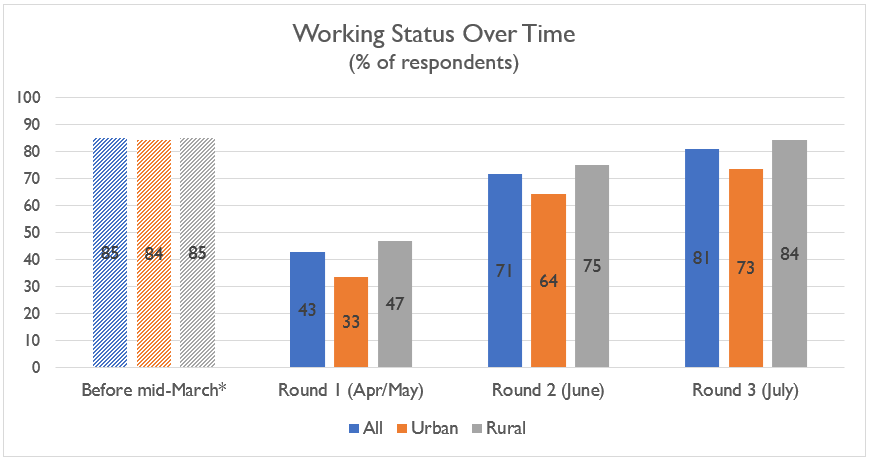 As of July, even though the overall share of respondents who are working has recovered, there is some evidence of people moving in and out of work. Only 34% of respondents have been working continuously since mid-March, while 66% have experienced some period of time out of work. 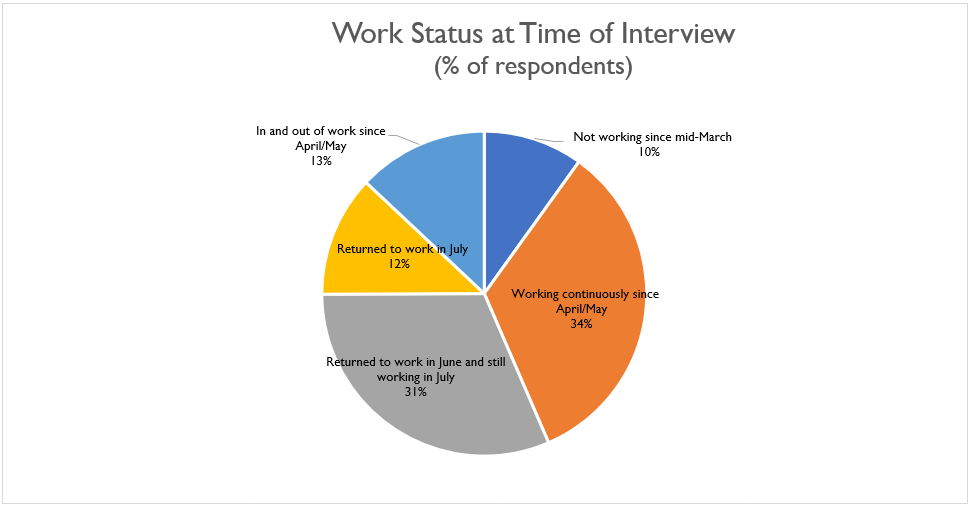 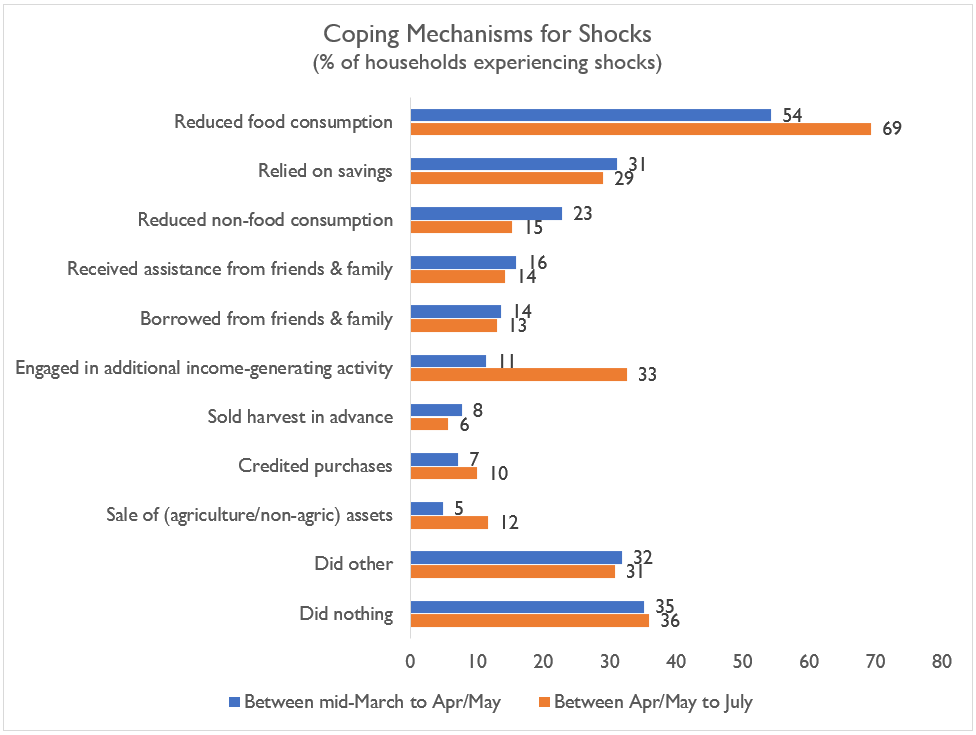 More children have had contact with teachers, but the share of those engaging in educational activities remained stable, with a higher rate among urban children. In April/May, 38% of households with school-age kids reported that their kids had not engaged in any educational pursuits in the 7 days before the interview took place. 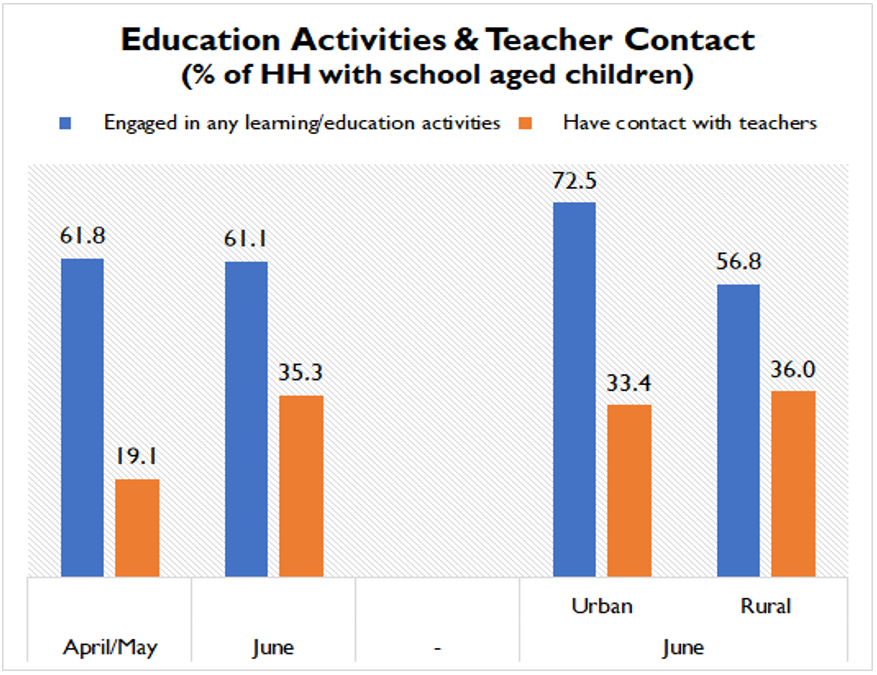 Survey reports and related documentation from all available rounds can be accessed here. Good work done... how can individuals nd households adversely affected by the impact of the pandemic get help from the world Bank based on these findings?

Thanks for sharing your findings (June-July, 2020) which I consider as the baseline. I find these very interesting and informative as I am currently engaged in a study on the impact of COVID-19 on the basic education system in Nigeria.

I am wondering if you could share with me your subsequent findings particularly in relations to the prevalence of safe practices and contacts between students and teachers (July-October). Thanks

As I have been and gone through the result of the survey I much interested on how can this communities survived amidst pandemic. It seems that it is also happening in our small & depressed community.

Can other poor communities specially poor school children & seniors citizens adversely affected by impacts of pandemic access assistance from world bank or other financing institutions.(currently we are on lockdown people aged below 21 yrs old & seniors 60 up are confined in their homes)