Tracking Urbanization: How big data can drive policies to make cities work for the poor 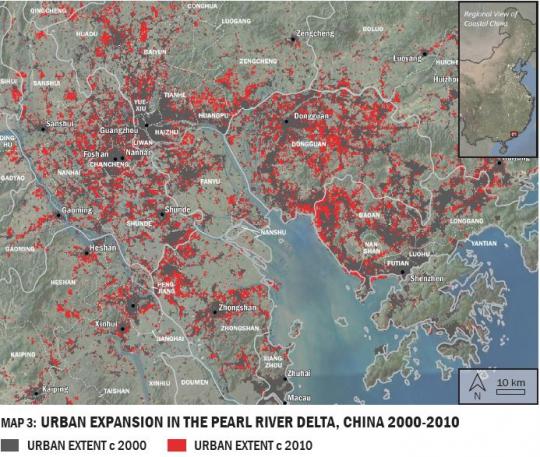 Every minute, dozens of people in East Asia move from the countryside to the city.
The massive population shift is creating some of the world’s biggest mega-cities including Tokyo, Shanghai, Jakarta, Seoul and Manila, as well as hundreds of medium and smaller urban areas.

This transformation touches on every aspect of life and livelihoods, from access to clean water to high-speed trains that transport millions of people in and out of cities during rush hour each weekday.

People move to urban areas in search of more jobs and a better life. However, urbanization comes with risks that can prolong impoverishment and lack of opportunity instead of improving future prospects.

Once cities are built, their urban form and land- use patterns are locked in for generations. Getting it right now prevents spending decades and large sums of money trying to undo mistakes.

Therefore, it is critical to understand the inter-related megatrends that accompany urban growth. To do so requires monitoring and tracking the complex issues involved, including migration, labor, employment, income, transport, health, education and public infrastructure.

Big data can be a critically important tool in this exercise, which is the focus of our new report titled “East Asia’s Changing Urban Landscape: Measuring a Decade of Spatial Growth,” It uses satellite imagery and geospatial mapping to provide an analytical overview of the region’s urbanization in the first decade of the 21st Century.

Until now, different countries have used different definitions of urban areas and populations. This report uses comparable data on an international scale to build a foundation to help planners ensure rapid expansion of cities benefits people. This is critical for poverty reduction, because we already know that urbanization is associated with increased incomes.

The report’s findings bring a new perspective on what is happening:

It identifies 869 urban areas throughout the region with at least 100,000 inhabitants, more than two-thirds in China under the government-implemented urbanization program.

Almost 350 of the East Asian urban areas have expanded across local administrative boundaries to fragment their management and revenue sources. In some cases, multiple cities are merging into a single entity while they continue to be administered separately.

While urbanization in the region is largely driven by market forces, policy makers at the national and municipal levels have an important role to play in ensuring it is sustainable and inclusive.

We’re releasing this data so that governments and urban leaders in East Asia can get a better picture and take action to ensure that growth benefits the increasing number of people moving to cities, especially the poor.

This is a first step toward creating data sets that can improve policy planning and collaboration, a requirement to ensuring that the unstoppable demographic, social and political transformation helps reduce poverty and boost shared prosperity.

The new data is part of the World Bank’s ongoing series of initiatives to engage with governments across the region on urbanization.

The report offers new ways of looking at where urbanization has gone wrong and new incentive ensuring it is done right so that it works for people and reduces poverty. Some of the best policy approaches include: facilitating access to land and guiding development so it can occur efficiently; ensuring high-density areas are well located and planned to produce a livable and walkable environment; addressing the entire system of cities by coordinating urban services across municipalities and governments; and making urbanization inclusive so economic opportunities are accessible especially to recent urban migrants.

This new urbanization data is a tool to help policy makers and planners build better cities for the millions of people who are moving into East Asia’s urban areas in search of a better future with more jobs and opportunities for everyone.