The unequal burden for new mothers in the Caribbean 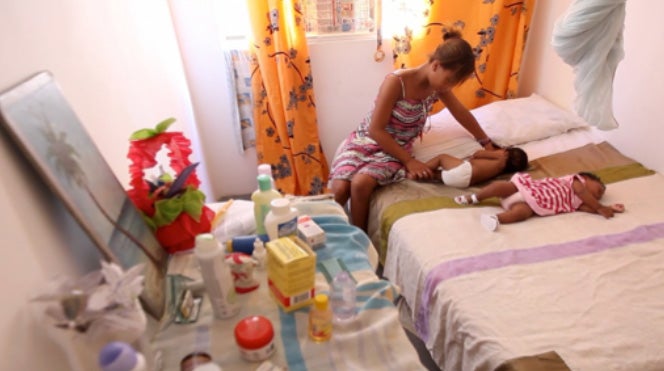 When I was born in Trinidad and Tobago, my mother took leave from work to care for me. She did it alone as no national law empowered my father to do so. My father could only afford to take time off from work for two days after my birth. Not much has changed since I was born: today, no Caribbean country contains adequate national legislation for paternity leave.

The recently released Women, Business and the Law 2019: A Decade of Reform shows that, on average, countries in the Caribbean score 27 out of 100 in the Having Children indicator, which examines laws affecting women’s return to work after childbirth. Meanwhile, the average for the rest of Latin America in this indicator is 60 and the global average is 54, meaning there is a lot that Caribbean countries can do to catch up.

Provide adequate maternity leave, paid for by the government.

Only Belize, the Dominican Republic, and Trinidad and Tobago have paid leave of at least 14 weeks available to mothers, which is the minimum standard recognized by the International Labor Organization. Additionally, Barbados, Belize, Guyana, St. Kitts & Nevis, and St. Lucia are the only Caribbean countries where the government pays 100% of maternity leave benefits, making it less expensive for employers to hire women of child-bearing age . Research shows that employer liability schemes work against the interests of women workers by placing the financial burden on employers and creating a possible source of discrimination against women. This is why it is important that the government pay 100% of maternity leave benefits.

To facilitate mothers’ return to work after giving birth and fathers’ uptake of shared childcare responsibilities, governments should allow for paid paternity and parental leave. In the Caribbean, the only country with paid paternity leave is the Dominican Republic, which has 2 days. Jamaica has taken an important step towards introducing paternity leave by starting consultations.

Prohibit dismissal of pregnant workers.
There is no national legislation that protects pregnant workers from being dismissed in Antigua and Barbuda, Dominica, Suriname or Trinidad and Tobago.