What can you do with a high-resolution population map?

Population density is one of the most important statistics for development efforts across many sectors, and since early 2016 we’ve been collaborating with Facebook on evaluating a new source of high-resolution population data that sheds light on previously unmapped populations.

With the building footprints detected by artificial intelligence (AI) over high-resolution commercial satellite imagery, the data sets provide estimates of population at 30m spatial resolution, making these maps the highest-resolution population maps ever produced. This is only possible through recent breakthroughs in computer vision due to deep learning algorithms and technological development of computer processors, as well as the increasing availability of high-resolution commercial satellite imagery. 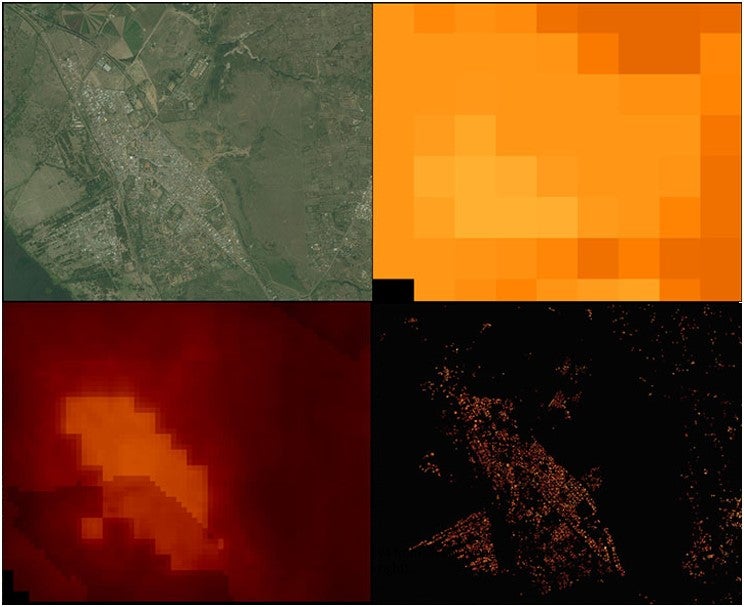 Population density is one of the most important statistics for development efforts across many sectors; a survey of World Bank staff working with geospatial data showed that they consider population density data to be one of the most important data sets for their work. Since early 2016, we have been collaborating with the Facebook team to assess the accuracy of the maps and explore potential uses for our efforts in reducing poverty and boosting shared prosperity.

Given the scale of resource and engineering skills required for this project, Facebook’s contribution was unique and significant. At the outset of our collaboration, we were delighted by the team’s plans to make the maps publicly available, and we hope this example encourages such initiatives from other technology companies.

This project is not the first attempt to create a global model for population density mapping. So far we have been working with two freely available population distribution data sets, WorldPop and GHS Pop which already cover, or will soon cover, the entire globe. These offer a lower spatial resolution than the Facebook data as a result, but have individual strengths:

WorldPop uses a range of layers, such as built-up areas estimated by satellite imagery, roads, elevation, various facilities' locations from OpenStreetMap, as inputs into a machine learning model, based on which it distributes census population to 100m resolution. Compared to the Facebook-CIESIN approach to uniformly distributing population across all built-up areas within a census unit, WorldPop provides reasonable density estimation in urban areas.

In summary, we see Facebook’s contribution as a significant improvement in spatial resolution, and its usefulness especially lies in improved estimates of population distribution in rural areas.

Our immediate use cases

With this unprecedented level of granularity, Facebook’s population distribution maps are able to pick up previously unseen small population clusters in a systematic way, and present us with many opportunities in the international development and humanitarian space. Although the usage of these maps depends on their accuracy, and Facebook’s plans for their spatial and temporal coverage, we see three immediate applications, especially for rural population.

As an international organization working around the world to end extreme poverty and boost shared prosperity, we have been collecting a myriad of data from household surveys. Especially in rural areas where obtaining information on household location is difficult, the population distribution maps provide valuable information. The researchers across units from the World Bank are keen to start experimenting with the data sets for their survey sampling process.

In particular, the LSMS team will continue to study the accuracy of Facebook maps on a cross-country basis, and develop methodological guidelines, in collaboration with other World Bank units and external partners, for using high-resolution population maps and building footprint estimates, alongside other geospatial and Big Data, for sampling in household surveys. The value of this effort cannot be understated particularly when the census-based sampling frame in a given country is non-existent/incomplete and/or outdated as such household survey sampling errors could be pronounced. The resulting guidelines will constitute a substantive input into the global household survey agenda, with direct implications for the World Bank Group’s ability to support 78 IDA-eligible countries to conduct a multi-topic household survey every 3 years from 2016 to 2030 for dramatically enhancing the availability and frequency of statistics on poverty and shared prosperity, and understanding welfare in its many dimensions.

The population distribution maps will help us plan for and assess the impact of infrastructure investments on surrounding communities, especially in hard-to-reach rural areas.

The World Bank maintains a substantial portfolio of rural road investment projects throughout the world, comprising nearly a quarter of the Bank’s transport lending. With these high-resolution maps, combined with road network and point of interest data, we plan to calculate rural accessibility to markets and key services, such as health clinics and banks, in terms of travel time. With these analyses, our counterparts can prioritize road investments by considering socio-economic objectives, and the Bank can more effectively evaluate the true impact of our programs.

Similarly, these maps inform the efficient provision of services such as the locations of water points, maternal health clinics, and pop-up social services; they also aid in the effective planning of rural electrification or other utility-based infrastructure for rural populations based on expected reach and welfare impact.

Knowing where people are is key to assessing the current and future risk of natural disasters. With these high-resolution maps, the World Bank can better design effective risk reduction and preparedness measures. For example, these maps will help us spot and target support to areas where high concentrations of people overlap with areas at heightened risk of hazard due to climate change. They will also help us rapidly assess affected populations after disasters and better plan for disaster recovery.

Moreover, the disaster risk management community has been developing and embracing high-resolution geospatial data and these maps will be a great complement to the methodologies and tools we have been employing. For instance, the data can be immediately used in Inasafe to measure the precise human impact of a disaster scenario. It will also help us better understand where to focus community mapping and crowdsourcing efforts to create more detailed maps using OpenStreetMap.

For the details of LSMS team’s research collaboration with the Facebook team and CIESIN on validating their data sets, see their blog post.