5 trends in public-private partnerships in water supply and sanitation 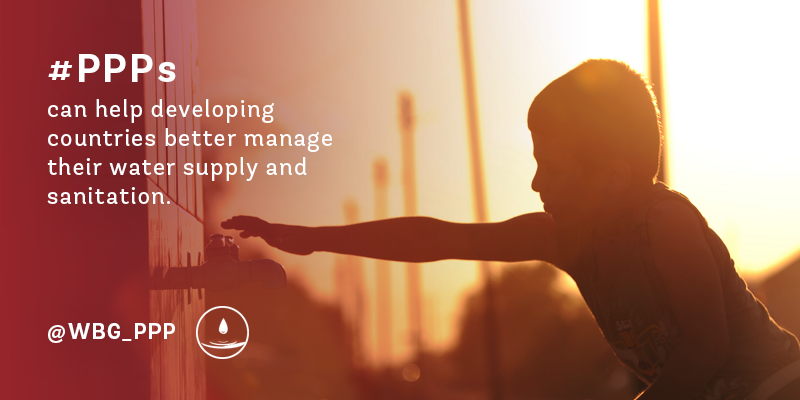 A lot has been happening in Public-Private Partnerships (PPPs) in the water supply and sanitation sector over the last few years, contrary to some misperceptions. Today’s market is radically different from the 1990s (dominated by the large concession model and appetite of private investors to finance projects) or the 2000s (contract terminations and nervousness about benefits that PPP could bring in the water supply and sanitation sector).

Developing countries, facing the challenges of sustainability and financial viability due to the inescapable realities of poor water supply and sanitation services and constrained budgets, are looking at PPPs as an option worth considering to help performance or to develop new sources.  Applying lessons learned from the past, with a better understanding of what PPPs in water can and cannot bring, water PPPs are being used increasingly by public utilities in a more focused way, to manage a specific subset of activities or challenges, such as increasing energy efficiency and water availability through non-revenue water management, or development of a new water source.  The focus is on performance based contracting, with payments against outputs.

Some of the contracts are smaller in value and less complex, opening the way for new regional and local players and industries to emerge to meet these challenges.
Some trends:

A major feature of the current environment is an overall push for a more customized approach to water PPP design. The development of water PPPs has become very country specific, with governments keen on developing their own PPP schemes - usually with hybrid features which do not fit easily in the traditional classification lease/concession/BOT.  For examples of some of the different forms of contracts used in water supply and sanitation sector, please take a look at the re-vamped water pages on the PPP Infrastructure Resource Center.
Topics
Infrastructure & Public-Private Partnerships
Competitiveness
Agriculture and Food
Water I agree with the main points you are making. I would suggest a couple of other points:
Local or regional firms have an increased role to play. In the old days of concessions it was mainly European utilities / firms that undertook the concessions. However, more recently, there are local or regional firms doing them. The case of Manila Water in Ho Chi Minh City is pretty well known. But in Brazil, Brazilian firms are taking concessions and doing a good job and gaining a stronger place in the market, especially in medium sized municipalities not served by the State level utilities in Brazil. Colombian and Brazilian firms have been active in other parts of the LAC region. I hope that this can be encouraged, as local solutions to local issues are usually best.
On PBCs my analysis of some 30 or o PBCs to reduce NRW, shows that they can usually reduce NRW FASTER than traditional methods. This is fine except the sustainability of those reductions is often not a focus. Having an external specialist fix a problem in the short run, is not as hard as the job of transforming a traditional public sector entity into an efficient customer oriented service provider. I am of course over simplifying to make a point.
In any case progress can be made if local champions find a way to show value in new ideas and approaches - which fit the local scene, generate employment and tangible benefits. I think finding them and helping them out is the nature of our work in the developed world.
Cheers