No more “business as usual” in Benin’s water sector 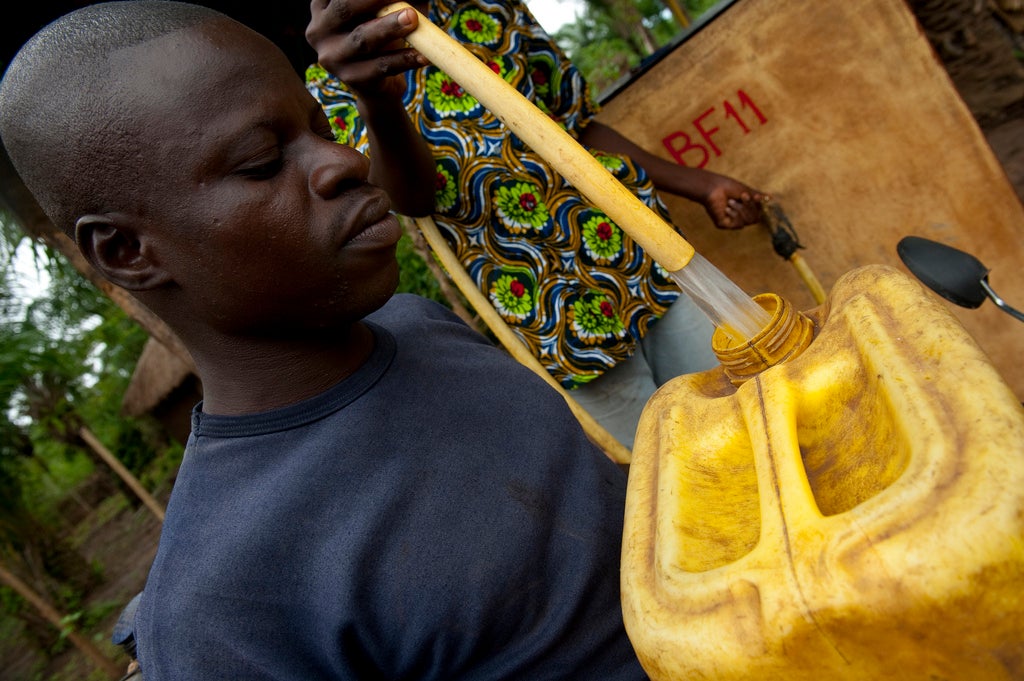 As countries consider how to meet their Sustainable Development Goals (SDGs), creating water supply services that are more sustainable – with investments that are longer-lasting – is a high priority. This is the case in many rural parts of Africa where today’s villages are quickly becoming tomorrow’s small towns, and demand is high for an improved system to develop piped water schemes. It’s certainly true for Benin, where I work.

But when our team started examining what it would take to create an effective public-private partnership (PPP) for sustainable rural water services, it became clear that the step before the transaction was not due diligence or other research, as is typical – it was reform. Legal and institutional reform needed to take hold first so that the change we wanted to help the government implement would be effective for many decades to come.

Every country’s story is different.  In Benin, the “before PPP” picture shows non-financial participation of the domestic private sector in the water sector in terms of CAPEX, where the local government has the asset but not the improved services.  When the World Bank Group (IFC and Water Global Practice-Water & Sanitation Program) was brought in to advise on a PPP transaction in 2012, we tested the market with a plausible service delivery model.  Immediately, it was clear that we needed to improve the operating environment and facilitate access to finance for water service providers. This was necessary for the country to achieve its millennium development goals with improved levels of service.

Despite the promising implementation of the affermage model in Benin, there were serious obstacles (highlighted in a 2010 diagnostic study commissioned by the Government of Benin with funding from the Water and Sanitation Program). But the implementation of affermage contracts was hampered by a number of factors, including:

• Municipalities did not have an accurate knowledge of their assets;
• Municipalities lacked technical, monitoring, and financing capacity;
• Water private operators (POs) had limited technical skills, lacked experience with the tendering process, and had limited access to finance to carry out required investments that would make the management of piped water schemes (PWS) more profitable;
• The contractual framework did not provide enough incentives for POs to perform; and
• The tender process was obstructed by political agendas or personal interests.

These findings provided the basis for launching reforms to enhance the sustainability of rural water services, with support from the Water and Sanitation Program. The main objective of these reforms was to improve the contractual arrangements between decentralized municipalities and POs and to test an enhanced PPP model on a number of selected PWS across Benin.


Ranking the reforms
We understood at the outset that creating and implementing reforms would be a difficult process – and it was.  We were trying to change the rules of how business was done, and that’s never easy. But we succeeded in part because we had an “ambassador for change” within the administration who was informed, engaged, and willing to speak out.  He prepared notes to give to Cabinet members, for example, and championed this cause with a number of audiences.  When I advise others with similar reform mandates, I always tell them that the first step is to find an ally in government who can work on behalf of these forward-minded activities.

1.      Introducing knowledge of the condition of the asset;
2.      Defining the responsibility for operation and maintenance of assets to each local government affected;
3.      Defining how to delegate management to private operators;
4.      Organizing private regulation at the national level; and
5.      Allowing private operators to use financing to develop services.

Easier said than done? Perhaps. But we approached it as a science, and that helped move the process forward. To begin with, we were clear on our key goals. In this case, our goal was to improve the level of services so that people would consume more volume, make more sales, and ultimately lower the price of water.  We explained this to our stakeholders, including the official who became our “ambassador,” and once he was convinced, he was willing to reach out and convince others.

Internally, going this reform-minded route was a risk.  Although many people on the team were in agreement that reform was the critical first step – an opportunity to try out an idea that, if successful, would scale up – it hadn’t been done before.  The trust and vision among our managers, who made it possible for our team to take this risk and advocate for reform, was a key part of the process.

Once the reforms took hold, we saw further evidence of the potential to attract private sector engagement in piped rural water systems. There is an important learning opportunity for the rest of Sub-Saharan Africa to develop similar PPP projects, with some of the same reforms tailored to their own situations, to address the challenges with a greater emphasis on sustainable services that evolve together with the changing demands of rural populations. Great insight to water PPP in a developing African economy.
I think the "before" scenario appear typical and could help other entities develop and adapt the typology to their situation.
Thank you for this experience sharing which I believe, would contribute to sustainable water PPP services even in my State in Nigeria.

Many thanks for your encouraging remarks. We are moving now to scale up and there will be again more learning opportunity for the rest of Sub-Saharan Africa to develop similar PPP schemes to address the challenges on sustainable services that evolve together with the changing demands of rural/small town populations. The most important one is fixing the institution and their empowerment.

I confirm that the dynamic completely changed when a structured approached was proposed to all the stakeholders:
- The Municipalities felt supported; guided; and more at ease in a supervision role than execution role which involved lengthy procurement processes;
- Commercial banks involved to support the domestic private operators discovered a niche of new clients to be closely monitored;
- domestic private operators: felt empowered and given an opportunity to growth;
- Users were pleased to be given access to better and regular water services.
Although the sector remains highly dependent on subsidies as well as at the CAPEX level than at the connection level this first step is not negligible.

Many thanks Dear M. SYLLA for your comments that well summarize the lessons that we are learning from this innovative approach in rural and small town. The Water Global Practice is preparing a new investment operation to scale up.

That’s also true to say that the availability of CAPEX is critical especially in terms of public subsidies (on result base). However the particularity of the approach resides in that fact that the construction risk is shared with the private operators who now bring a financial contribution (up to 27% in the pilot case).

Thank you for your article. Do you think PPPs are main element of success in your project. It appears to me that your technical assistance (financing, rate structures, sources of funding, contracts, governance polices, understanding of local ability to pay water bills) was the main element of success for you versus the PPP concept alone. Also, maybe your technical assistance created a better governing structure that resulted in the described "ultimately lower the price of water," versus the PPP concept. Nice of you to entertain comments.

Could the author indicate how the reforms have tackled or will tackle corruption in the Benin water sector? In 2009 there were reports that corruption was "enormous" - http://bit.ly/1XHTZo5 and last year the Dutch government "announced the suspension of the phase 2 of its multi-annual support programme to the water and sanitation sector in Benin" following the discovery that EUR 4 million (US$ 4.4 million) had been misappropriated (http://www.waterintegritynetwork.net/2015/06/12/on-the-crisis-in-the-wa…). The Dutch press said the suspected brain behind the fraud was Water and Energy Minister Barthélémy Kassa, a good friend of the president and one of the richest men in Benin - http://www.nrc.nl/next/2015/12/12/goede-bedoelingen-in-benin-1566439 (in Dutch).

This is a good comment - it is encouraging for the support work that we are developing in Benin against the phenomena of embezzlement of funds while searching the way to ensure the service provision to the population in the rural areas. With the first results, we can see the reduction of the risk that public funds will not be used for the purposes for which they have not been allocated.  Under the PPP subsidized concession contracts reform, the private sector entrepreneurs are providing service as well as re-investing their own private resources for significant system expansions and increasing household connections. The reform initiative reported in the blog is not only intended to ensure the sustainability of the service but to avoid the risk of embezzlement of public funds in 4 ways:
1. Contracting authorities are not the central Government (the issues of the Minister as reported with respect to Dutch Government multi-annual support to the water and sanitation sector program), but local governments. It is after the conclusion of our due diligence, we discovered that one of the ways to shorten the chain of funding flows is by bringing the decision-making as close as possible to the beneficiaries for a closer citizen control and engagement.
2. The planned investments (rehabilitation, network expansion, household connections) are pre-financed up-front by the private sector funds (equity and loans).This innovative way of risk sharing leads the private operator to properly cover construction and O&M risks transferred in order to benefit the contractual public subsidy from the local government afterwards .
3. The disbursement of the public subsidy is results based (acceptance of investments and works by the local government).
4. Performance monitoring and frequent physical check of contractual obligations by the local government   (as opposed to only annual technical and financial audits that have shown their limits in the cases indicated).
This innovative arrangement tested by the World Bank Group since October 2014 for service provision has the potential of moving rural water supply along the path towards sustainability as well as introducing a mechanism for capturing private resources for system expansion in a particular Benin county context.