Takeaways from the First IsDB PPP Forum In Riyadh 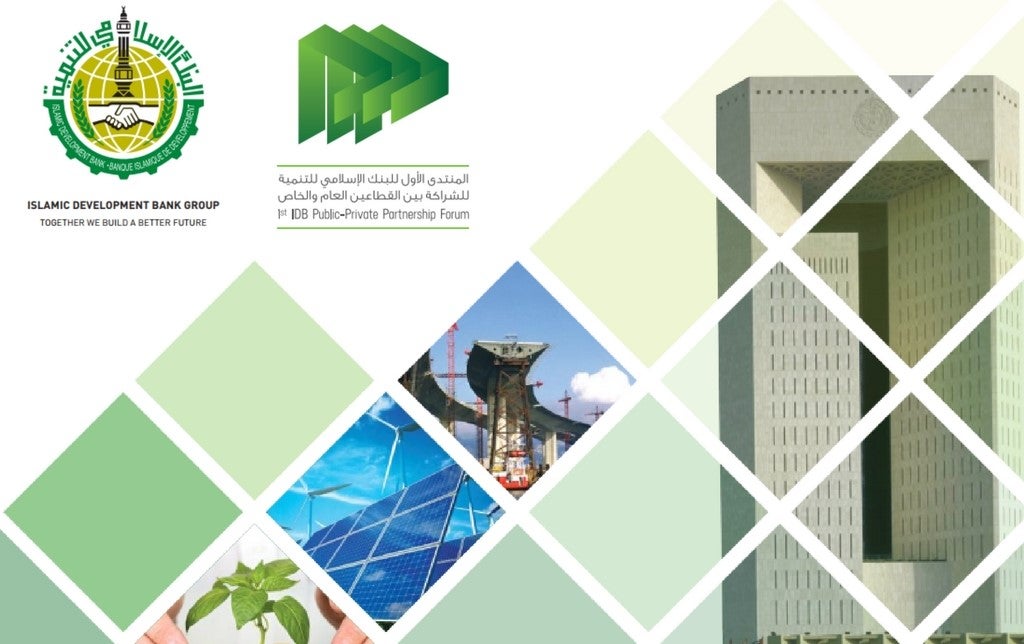 “Proceeding from the Islamic Development Bank’s interest, as well as my personal concerns about what benefits the Member Countries, where the subject of partnerships between the public and private sectors (PPPs) has become a major hub in fostering development in several sectors in many countries, I have initiated a forum to address the most significant issues and topics related to the importance of partnerships between the public and private sectors, in addition to the optimal means to activate them and benefit from their acclaimed development role."
– Dr. Bandar Mohammed Al-Hajjar, President, Islamic Development Bank

The first Islamic Development Bank (IsDB) Public-Private Partnership (PPP) Forum took place in Riyadh, Saudi Arabia in March 2017, which I attended as a guest moderator and panelist. The IsDB organized the Forum to support its communication with its member countries by initiating a debate that would introduce forum participants to opportunities and challenges that PPPs present in various countries and various sectors.

The PPP landscape is by no means homogenous in the 57 IsDB member countries. Existing and prospective members—who should be a member of the Organization of the Islamic Cooperation (OIC)—face different challenges when it comes to adopting PPPs as a development tool. Member countries vary in their levels of development and ability to implement PPPs. Member countries include some of the wealthiest countries; others are among the least developed.

Additionally, member countries face serious infrastructure challenges as conflict or post-conflict countries where massive amounts of investment will be required to rebuild and re-habilitate seriously damaged infrastructure. These are not the only challenges. Other challenges include the lack of institutional capacity, limited capital and financial resources, the absence of legal frameworks, and challenged enabling environments.

Careful planning and an ongoing commitment by the IsDB can mitigate many of the challenges that are faced.  The IsDB leadership realizes that it needs a pragmatic approach to PPPs that is flexible, based on best practices, and which is cognizant of perceptions of political stability. Potential investors may also require education on how the financing of Sharia-compliant projects works.

Due to unique geographies, regional specific climatic-influenced needs, and levels of societal development, the types of PPP projects that need alternative gap financing can be divided into two groups: either hard or soft projects. Projects to date within the IsDB sphere of influence have been predominantly water, energy, and transportation (hard projects) and healthcare, and education (soft projects). It is expected these types of projects will remain the focus for the foreseeable future.

The infrastructure funding gap for the 57 member countries is estimated to be in the range of approximately $93 billion per year. This gap creates a challenge, but one that I believe can be addressed by PPPs. The urgency to close the gap is also driven by the challenge that declining oil and gas prices has imposed on its oil rich member states.

The IsDB is becoming increasingly serious in its consideration of PPPs. To date, the IsDB has a PPP portfolio of 44 transactions in 17 countries that value $80 billion. This commitment of funding has been insufficient to close the gap and there is acceptance that a greater emphasis and commitment is needed by the IsDB to mobilize its resources to support a focused PPP program for its member states. Mobilization will include finding ways to catalytically leverage private sector finance to complement public sector funding.

Part of the IsDB PPP programmatic focus will be driven by commitment to the 17 UN Sustainable Development Goals (SDGs), six of which have been identified by the IsDB as priorities. They include: good health and wellbeing; quality education; clean water and sanitation; affordable and clean energy; industry innovation and infrastructure; and sustainable cities and communities.

Throughout the Forum, it was clear the IsDB wants to hear what the aspiring PPP community is thinking. At the end of each of the forum’s four sessions the organizers polled attendee opinions—in real time—through a set of screen projected questions.

Following the sessions, here are some of the issues discussed among the 300 delegates: President of the Islamic Development Bank Group, Dr. Bandar Mohammed Al-Hajjar, stressed in his speech that challenges facing member countries can be transformed into promising opportunities and that the IsDB was confident that limited resources would not prevent the IsDB from implementing high quality PPPs. This goal is reachable if the IsDB continues to engage PPP experts and PPP practitioners from the 57 member countries and beyond, to outline a well-defined strategic path forward.

The discussion generated at the forum will help pave the way for the fresh commitment the IsDB is making to PPPs in the coming year. It will be interesting to see what progress has been made when the 2nd PPP Forum is held in 2018.

Media and other references to the Conference:
- IsDB
- Arab News
- Eye of Riyadh


The full version of this blog appeared on David Baxter's LinkedIn page. For sure , cooperation between the Islamic Development Bank and the World Bank is
a promising step towards a glorious future for the Middle East, Africa, Asia and among
other world developing countries , this kind of cooperation can be reflected positively on the world PPPS projects , specially in the least developeed member
countries of the Islamic Development Bank .
Both the Islamic Development Bank and the World Bank should be open minded towards dealing with all the public and private projects sectors to be able to
guarantee the coherence between the public and priivate sectors , and to deliver high quality PPPS projects in both hard projects and soft projects.
Yours Very Respectfully,
Dr. Mohamed Taher Abdelrazik Hamada, Ph.D
Retired Professor at Strayer University, USA

It really helpful and dynamic effort to reflect the views of the World Bank Group, its Board of Executive Directors, staff or the governments it represents. The World Bank Group is an unique,bold,timely and economically viable which may provide the accurate monetary or economic data, findings, or analysis to guide one individual or institutions or organization or even a state.Best wishes and greetings for World Bank Group.All the best...!!

Affordable and Clean Energy, direly needed by the Pakistan's economy, but unfortunately the political government of the country has least focus towards the issue. The problem can be well managed by encouraging the private sector to invest in the sector, having a large market gap and opportunity with high rate of return. On the other hand present government of the country due to political insecurity needs short term solution and facilitating the private sector in fossil fuels consuming industries. These kind of workshops can help the policy makers to look back and bring a paradigm shift to right track.

David, I am glad you found the forum topic interesting. As organizer of the event, I will be happy to put you on the list of our upcoming 2nd PPP Forum in Morocco. regs MH

I'm really interested to see the comments here being so honestly expressed. There is very real need for PPP to develop understanding of context and mobilise strong experience in the field. Too often projects are not being developed with enough ongoing change strategies. The vision can remain but sometimes how we get there does need to alter and without dialogue, integrity and a degree of flexibility this is very difficult to achieve. Having worked in education for a number of years and involved in PPPs, I am interested in how we build the D into PPP - D for development. National interests must lead. Development is what so many people need , and for me policy is all about people.