Waste not, want not: PPPs lead to better waste management in Greece 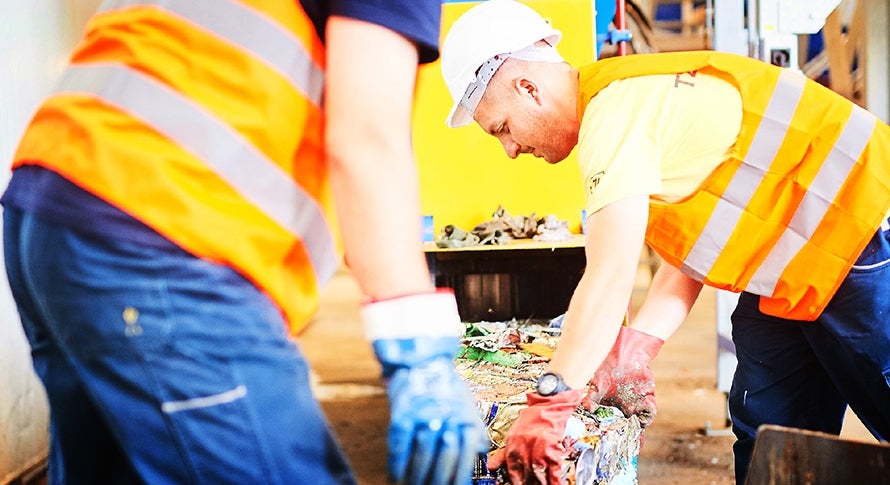 Greece has had a very poor track record in reducing the amount of waste going into landfills. One of the main reasons for this, other than the NIMBY (not-in-my-backyard) opposition to creating waste management facilities, was that for decades choosing the right technology was the apple of discord, causing disagreement and delaying advancement towards integrated waste management. In the last few years, however, three Public-Private Partnership (PPP) waste management projects have been initiated in Greece.

This past July, within two years of signing the PPP contract in 2015, the first project was inaugurated in Western Macedonia—without a day’s delay, any contract change, or cost overrun. The system will cut the amount of waste going to landfill, reuse material for commercially-viable products, boost the region’s growth prospects through job creation, and raise public awareness to prevent waste.

PPP waste management tender procedures allowed all available technologies as long as they meet European Union (EU) directives and have a proven track record. The project was not based on detailed technical specifications, but on detailed service output specifications.

The bidders competed mostly on the gate fee (the charge applied for waste management at a facility), adherence to environmental standards, and on minimizing burdens to citizens.

The private partner would also bear the burden of obtaining the environmental permit for the proposed solution before signing the contract and arranging financing. In the event the private partner fails in this respect, the state would not be liable for any compensation and the runner-up would take the place of the preferred bidder. This logic worked and led to the successful financial close and implementation of the three waste management PPPs.

The Integrated Waste Management System PPP project in the Western Macedonia region was the first to become operational and is the first integrated waste management system in Greece. It can handle 120,000 tons of waste per year from 12 municipalities and 300,000 people in northern Greece. Its mechanical separation facilities can recover eight types of recyclable material.

The system is based on a Design-Build-Finance-Operate-Maintain model and integrates the region’s existing waste management system, which is compatible with the EU’s environmental strategy. The project is an availability payments scheme and is performance-based, in that the private sector is assessed against the Partnership Agreement’s requirements in delivering the services. The total cost of the project was €49 million, which includes €25.4 million from the financial engineering instrument of Joint European Support for Sustainable Investment in City Areas (JESSICA) and European Investment Bank (EIB) lending, and €23.6 million in private capital and bank loans.

The project was named “Waste Deal of the Year” by the World Finance magazine due to the project’s innovative funding structure.

Waste management is of critical importance for public health and quality of life. In this respect, the Western Macedonia waste management system will significantly contribute to improving the environmental footprint associated with waste management by using state-of-the-art biological waste treatment through a combination of mechanical sorting technologies.

After just a few months in operation, all targets have been met or exceeded: 89% of biodegradables (including food waste) were treated, meeting the Partnership Agreement target of more than 80% and exceeding the 65% target set by European legislation; and 35.5% of recyclables were reclaimed, in addition to those first collected separately from recycling bins.

Waste (after mechanical sorting) is converted into a compost-like material that can be distributed to the market for various uses such as covering landfill sites or soil remediation, significantly reducing the amount that gets buried.

This paradigm for developing and tendering waste management PPPs sets an example for other countries and systems   in using the most advanced technology while meeting EU directives and national policy, as well as in ensuring financing, environmental permitting, and a low charge for citizens.

PPPs give Greek economy the boost it needs

From trash to treasure: Public-Private Partnerships can help with waste management

The 24 Schools PPP in Greece: a lesson in perseverance and innovative funding i want to partner with in nigeria

Raising public awareness to treat with waste is the main job of the assigned governments in the developing countries . Cooperation between the public sector and the private sector sponsered by the right governance with the help of the World Bank can deal with waste and keep up with good records of waste management .
Treating waste is fundamental for citizens in terms of health issues and money
compensations. Waste management is a smart process that can save the huge amounts of money that are spent on climate change because it can help to control enviornmental concerns.
*redacted*
Yours Very Respectfully,
Dr. Mohamed Taher Abdelrazik Hamada, Ph.D

A good action plan for every country that wants utilise its waste potentials for growth.

THANK YOU THIS ARTICLE IS REALLY INFORMATIVE