Bucking the trends of the past: Doing Business in the Balkans 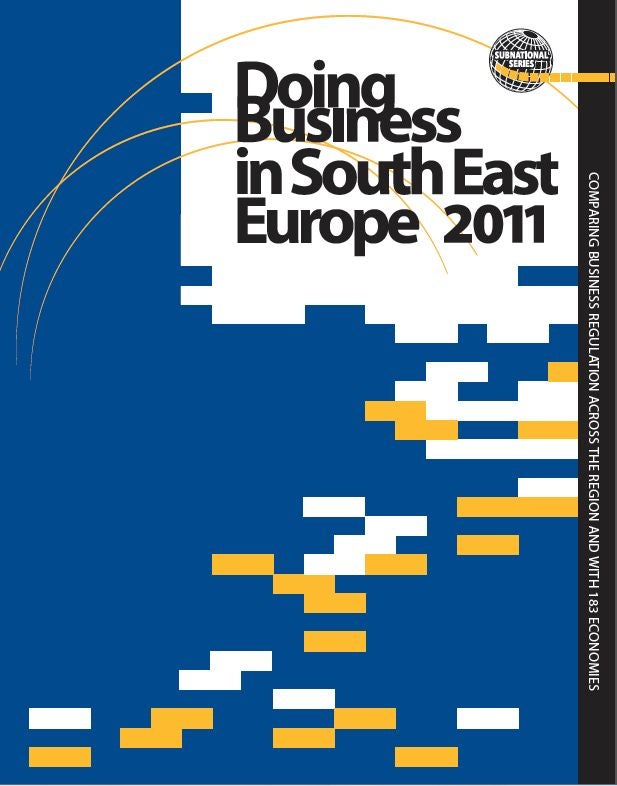 The region may have once been defined by the term 'balkanization’ - which refers to the disintegration of a state into smaller, antagonistic parts-but no longer. Recent history has instead taken on a more positive hue-one of increasing cooperation, economic growth and foreign direct investment.  Indeed, South East Europe has been improving business regulations, often in response to circumstances—such as the prospect of joining the EU or as a way of mitigating the effects of the global financial crisis.

-The report finds that all 19 cities measured for the second time show improvements in at least 1 of the 4 areas measured. Between January 2008 and January 2011, national and local governments carried out 48 reforms aimed at making it easier to start a business, strengthening property rights, rendering the process of dealing with construction permits more efficient, and improving the efficiency of commercial dispute resolution. For example, across the region, the average cost to start a business decreased from 22% to 13% of income per capita. In addition, the average time required to process construction permits and register property also decreased by more than one month.

-Skopje (FYR Macedonia) and Banja Luka (Bosnia and Herzegovina) took top honors with the most improved business regulation in the past 3 years. They implemented business reforms in all 4 regulatory areas, resulting in significant time and cost savings for domestic entrepreneurs.

-No single city outperforms the others in all 4 areas. However,it is easiest to start a business in Skopje (FYR Macedonia), deal with construction permits in Niksic (Montenegro), register property in Balti and Chisinau (Moldova), and enforce a contract in Zrenjanin (Serbia). On the other hand, it is most difficult to start a business in Pristina, register a property in Mostar, and enforce a contract in Prizren (Kosovo). Dealing with construction permits is most burdensome in Belgrade (Serbia).

-Cooperation seems to have been encouraged by economic interdependence. Regional leaders nowadays understand that competitive economies cannot survive as islands of growth but must build interdependency with their neighbors and further afield. As a consequence, economic forces are asserting their pre-eminence in the region. Where there was once political disintegration, markets are encouraging investment and trading linkages across state borders.

-Within the region, good practices in one country can be easily applied to another. This is because the region shares a similar regulatory framework and a common vision of integration with the European Union. There is no need to reinvent the wheel - it is sufficient to start by introducing business reforms successfully implemented in other places throughout the region.Indeed, a hypothetical city adopting the best practices identified in this report across the region would rank 6th among 183 economies globally—similar to Denmark or Canada.

It's nice to see things have progressed since I lived in Belgrade a while ago. Many regional SME owners complained about the onerous regulations that even magazine and snack stands had to contend with. One actually described the rules then in place as "just ridiculous."

We should keep encouraging best practice and helping entrpreneurs realize their dreams.