Building resilience against drought: the case of Uganda 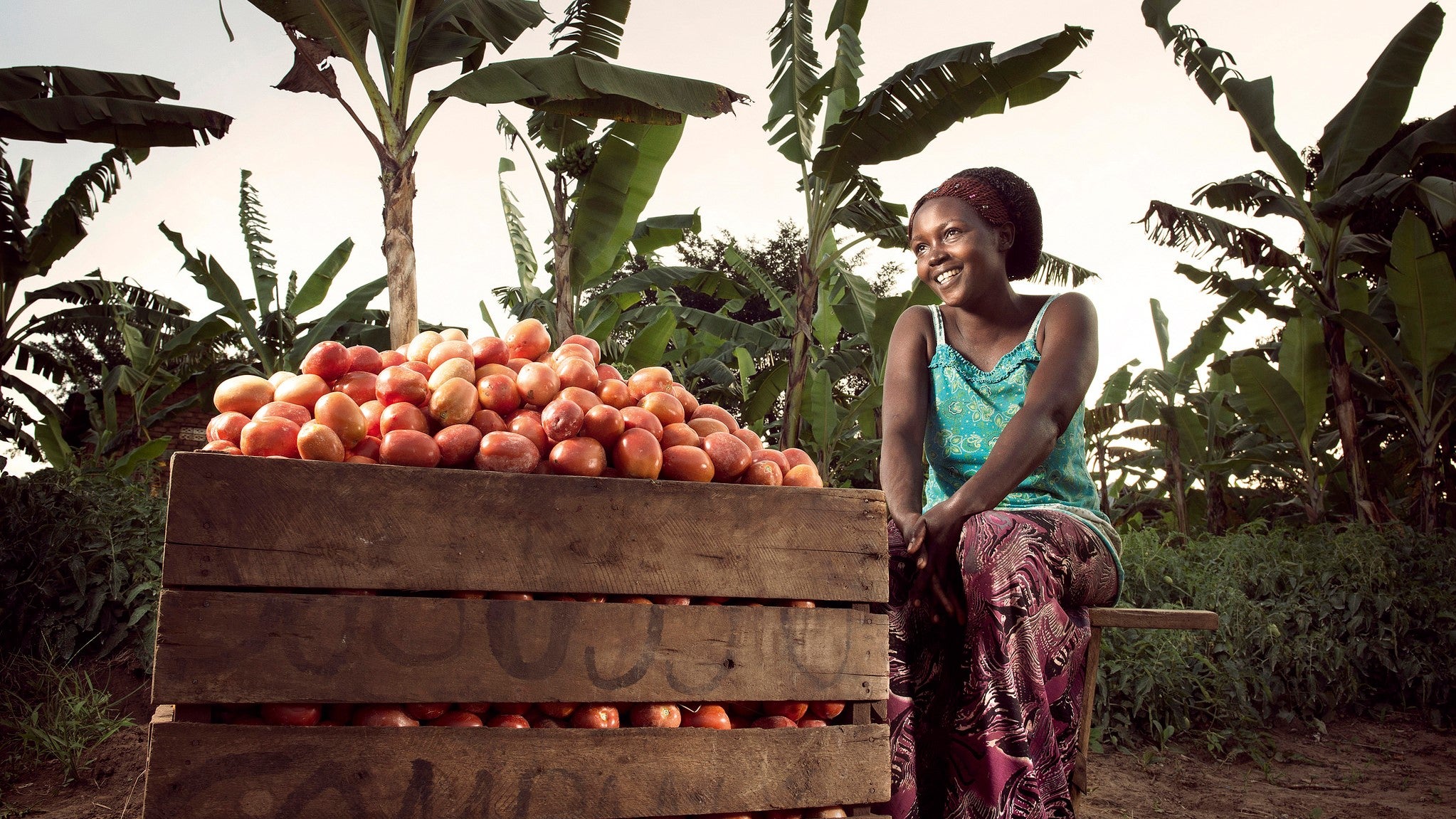 “This can’t be Karamoja,” I thought, looking around me.  I had read the reports, which focus on the vulnerability and poverty of this region in northern Uganda, home to the Karamojong, a nomadic people with their own language, traditions, and customs.  But it’s one thing to read about a place, and quite another to visit it. Karamoja was stunningly beautiful: there were boulders the size of mountains scattered across the horizon, vibrant green bushes and pasture atop red clay earth, and uninterrupted blue skies.

Recently, I had traveled to Karamoja on a field trip to review the implementation of a government safety net, the Third Northern Uganda Social Action Fund (NUSAF III), which had scaled up in response to the recent drought.

Uganda’s population is predominantly rural and is limited in its ability to cope with production shocks. The country’s smallholder farmers, and especially the poorest 40% of households, are extremely vulnerable to drought [Uganda poverty study, WB 2016]. Drought response in Uganda has primarily been financed by international donors and delivered through humanitarians and NGOs, with the government playing a coordination role. This ad hoc, reactive approach presents drawbacks, including delayed response.

The government of Uganda decided that it needed to change this approach. It wanted to take more of a leadership role in responding to disasters, and it wanted to ensure that immediate needs could be met more quickly than in the past. So in 2015, it introduced a disaster risk finance (DRF) component in the NUSAF III project, a US$130 million lending operation that seeks to build the resilience of poor and vulnerable households in northern Uganda by providing income support in the form of labor-intensive public works (LIPW). The scaled-up social safety net under the DRF component was designed to offer support for additional poor and vulnerable households in times of crisis so that hard-won development gains can be preserved.

The disaster risk finance component—worth US$12 million—allowed the government of Uganda to develop and test a system that can be used to rapidly respond to disasters through scaling up the public works activities of the broader project.

It supports governments in understanding the financial costs of delivering assistance to the poor during crisis events; works with governments to use financial/actuarial analyses and tools in designing the rules of response and the risk financing strategies that support scaling up of safety nets; and ensures that financial strategies are monitored and evaluated—both for the country’s sake and in order to support the global knowledge agenda in this new and evolving area of work.

Karamoja was selected as the region to pilot the mechanism, as everyone agreed that it was the region where the need, and vulnerability to disasters, is greatest. But the government of Uganda had a big ask for their DRF mechanism—they wanted it to respond early, when the initial signs of drought were beginning to emerge.  This would enable a quick reaction and protect the Karamojong from resorting to negative coping strategies—pulling children out of school, cutting back on food and health care, selling livestock—which can wreak havoc on development outcomes.  Through the DRF component, the government is hoping to protect its investments in the livelihoods of the Karamojong, and ultimately allow them to achieve self-sufficiency.

Drawing on experience our team had gained in Kenya, where we worked with the government to predict droughts using the latest satellite technology, we worked with Uganda’s Department of Disaster Preparedness and Response to design a satellite index that could spot the early signs of drought in Karamoja.  The team also supported GoU in two key areas: 1). develop a transparent decision making process, with accountability and checks, to trigger a response, and; 2). Develop a range of estimates for the financial cost of the scalability mechanism, which supported financial preparedness planning and enables rapid response.  With the necessary elements in place—the drought index, clear triggering rules for disbursement of funds, and a contingency fund to finance the response—the DRF mechanism was launched in July 2016.

And so we began the wait to see if the index would work.

We didn’t wait long. The El Niño event of 2016 caused a failure of rainfall in northern Uganda, which developed into a devastating drought.  The index captured the early signs of drought, and in August 2016 a scale-up of the NUSAF was triggered.

A sum of US$4 million was drawn from the US$10 million contingency fund to finance extension of the safety net to an additional 30,000 Karamojong households comprising  150,000 people, over 50 percent of whom are female.
Hence my presence in Karamoja this spring as part of a team reviewing payments made under the scaled-up safety net. I was inspired by what I saw there: the response was being led by members of the Ugandan government, ranging from the dynamic project director down to the energetic community facilitators.  The public works activities—designed by and for the communities—that were undertaken gave 30,000 Karamojong households much-needed funds to support themselves through the disaster.

It’s still early days for the DRF mechanism of NUSAF III, and there were of course implementation challenges created by its being triggered in the first year of the project.  But if the evidence gathered during the August 2017 impact evaluation  is encouraging, the potential for this government-led disaster response mechanism is immense.

The World Bank Group’s Disaster Risk Financing and Insurance Program (DRFIP) is a leading provider of analytical & advisory services on disaster risk finance, it helps governments, businesses, and households manage the financial impacts of disaster and climate risk without compromising sustainable development, fiscal stability, and well-being. The partnership on Financial Protection for Resilient Livelihoods with the Swedish International Development Cooperation Agency (SIDA) strives to increase the resilience of chronic and transitory poor households to disaster events. This blog is having the general information. Got a creative work and this is very different one.We have to develop our creativity mind.This blog helps for this. Thank you for this blog. This is very interesting and useful.
Java Training in Chennai

thanks, very interesting. keep up the good work