The challenge of affordable housing for low-income city-dwellers 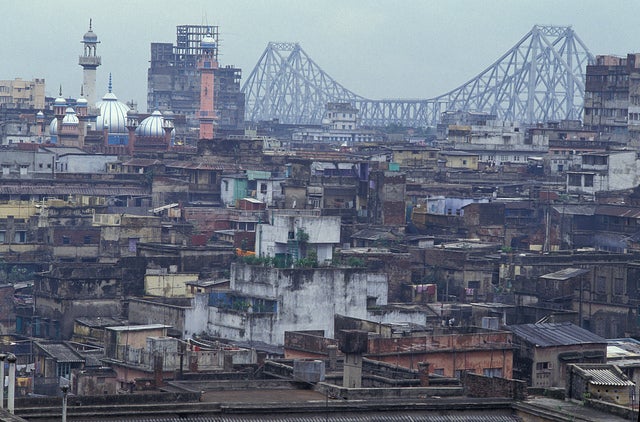 Housing is a numbers game: The more people there are in any city or town, the greater the need is for housing. The number of people living on the planet is rising every second, as the World Population Clock shows, while the amount of habitable land (what housing specialists call “serviced land”) remains limited.

It is critical that additional affordable, decent dwellings be developed, as today’s world population of about 7.38 billion (increasing by more than 80 million per year, at the current population growth rate of about 1.13 percent per annum) approaches about 9 billion by 2030 and a projected 11 billion by 2050.

Urbanization intensifies the need for city-focused housing: By 2030, nearly two-thirds of the world’s population will be urban – and, even more daunting, nearly half of that urban population will be living in poverty, in substandard housing or in slums. The challenge of providing affordable housing for low-income city-dwellers is universal , with intensifying urban congestion making it an urgent priority in Asia and Africa.

Almost half of the world’s population lives on less than $2.50 a day, and four out of five live on less than $10 a day. Poverty and unemployment are concentrating in the cities due to the urbanization trend – which is being driven by such factors as the search for employment opportunities, the occupational shift from agriculture to manufacturing and services, changing family cultures and lifestyles, and shrinking household size. As people migrate into cities, they increasingly confront limited or nonexistent health-care services, substandard education facilities and inadequate water and electricity supplies.

Slums, illegal dwellings and indecent shelters are proliferating as city planners and city managers are overwhelmed by the urbanization trend. The problems are especially acute in Asia, where the population growth rate far outpaces the global rate: In India, Pakistan and Afghanistan, it is close to double the global average. The total Asian population is now close to 4 billion – meaning that every second person on the globe is now an Asian. Although China’s population (at about 1.4 billion) now exceeds India’s (at about 1.29 billion), India’s higher population growth rate means that India will overtake China by 2030 and become the world’s most populous country .

Asia, which is already facing a massive housing backlog, will soon be facing an even bigger housing challenge – compounded by the deterioration of the existing housing stock and the continuing shrinkage of household size. The housing deficit, with demand outpacing supply, is destined to intensify today’s already-massive housing backlog.

India is currently facing an urban housing backlog of about 18 million housing units; Pakistan’s backlog between 3-4 million units. Despite government promises to alleviate the situation, most countries are making no progress toward meeting the housing challenge. Thus ground realities are fast deteriorating and are getting complex for urban planners for viable and doable solutions.

More than one billion people – one out of seven persons on the planet – are now slum-dwellers . Such Asian cities as Karachi, Dhaka, Mumbai, Kabul and Manila have some of the world’s largest slums.

Dharavi, the area within Mumbai that is featured in the film “Slumdog Millionaire,” is among the most prominent of the world’s slums. Its three main ethnicities originate from three different geographical areas of India, and its people pursue such light household-based industries as pottery-making, leatherworking and apparel manufacturing. While they are important contributors to the economy, their own economic conditions are not seeing any change.

The massive housing backlog in the Asia-Pacific region – made all the worse by the absence of adequate, affordable institutionalized housing finance and the apathy of stakeholders in addressing housing-related issues – requires an assertion of political leadership that goes far beyond political sloganeering.

It is imperative that political leadership comes forward, in a determined manner to take on this challenge, by mobilizing urban planners, academic scholars, local governments and regulatory authorities. Equally important is the need for knowledge-sharing – within the Asia-Pacific region and across all of the world’s regions – to apply best practices. Such forums as the International Union for Housing Finance (IUHF), the Asia-Pacific Union for Housing Finance (APUHF), and the African Union for Housing Finance (AUHF), could all play a significant role, helping share knowledge among urban-policy practitioners about the best-practice initiatives that have made progress in each of their regions.

To meet the housing challenge will require an enormous assertion of civic resources and community willpower , yet the alternative – the prospect of ever-worsening urban housing conditions – is surely intolerable. By sharing the lessons learned through successful partnerships and well-focused programs, urban policymakers and housing-policy practitioners can make significant progress in easing the burden that, without more urgent action, threatens to overwhelm the developing world’s urbanizing billions.

Today, 1.2 billion people live in substandard housing and by 2030 almost 3 billion people will need new housing. The 7th Global Housing Finance conference, which took place in May 2016,  focused on finding solutions to make housing more affordable to all. We invited our partners to share their ideas on how to ensure access for all to adequate, safe and affordable housing and basic services. This contribution comes from the Asia-Pacific Union of Housing Finance.