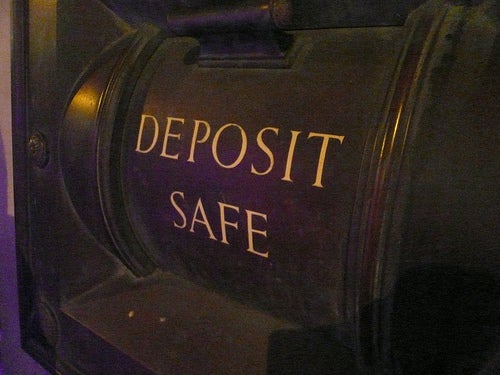 These revised recommendations introduce some significant changes, some of them critical for World Bank client countries. One of the main challenges going forward will be for those stakeholders tasked to implement them, whether policy makers and legislative drafters, government agencies (supervisory authorities, financial intelligence units, law enforcement), banks and other financial institutions, and what are referred to as designated non-financial business service providers (DNFBPs) (e.g, casinos, real estate agencies, dealers in precious metals/stones, lawyers and accountants, and trust and company service providers).

Take for example the new Recommendation 12 on politically exposed persons (PEPs), individuals who are or have been entrusted with prominent public functions, for example Heads of State or of government, senior politicians, senior government, judicial or military officials, senior executives of state owned corporations, important political party officials. This recommendation does not imply that all senior public officials are corrupt.  Established to target grand corruption and to recognize that these senior officials present specific risks, it now requires financial institutions to adopt risk mitigation measures for both domestic and foreign PEPs – previously these measures had only applied to foreign PEPs. Senior officials from international organizations are also covered under the new standard. These risk mitigation measures also apply to family members and close associates of such PEPs.

This addition of domestic PEPs was supported by the Bank through its study on Politically Exposed Persons, one of the publications of the Stolen Asset Recovery Initiative (StAR) – not least because this is what is required by the United Nations Convention against Corruption.  The enhanced due diligence on PEPs has raised significant implementation issues since the requirement was introduced by FATF in 2003. The recent reports by the Financial Services Authority (FSA) of the United Kingdom and the Swiss Financial Market Supervisory Authority and fines imposed by the FSA against Coutts Bank are evidence of how much more needs to be done, and of how lack of strict implementation facilitates the laundering of corrupt money. While some banks are already applying additional measures for both domestic and foreign, this new recommendation raises important implementation challenges for the others. How to identify who is the PEP? How to gather the information to conduct an informed risk assessment and adopt proportionate risk mitigation measures? Are there additional tools that might be more helpful for detecting and monitoring domestic PEPs?Fortunately there are tools available.

Just this year the Financial Market Integrity Unit released a paper on how asset disclosures can be used to identify PEPs.  Like the PEPs requirements, disclosure legislation is another means for combating corruption that  generally requires a certain range of public officials (MPs, heads of state, cabinet members, etc.) to declare their financial and business interests. These systems have been found to be widespread across different countries and regions, and their prevalence is growing as the importance of fighting corruption and promoting transparency also increases. Currently, there are about 137 countries globally that implement disclosure regulations.

The paper explores how asset disclosure information can be used by financial institutions or government agencies (e.g., financial intelligence units) to identify PEPs. It can provide guidance on who is a PEP, the types of positions that would be filled by prominent public officials, distinguish false positives, and provide information on family members.

To be useful for end-users, an asset disclosure system (or the information a system holds) needs to be easily accessible (on-line), contain relevant information, and be user-friendly.  The paper provides some recommendations in this regard, including practical recommendations on information that needs to be held and ideas for increasing accessibility and user-friendliness, as well as suggestions for institutional arrangements.

Both effective asset disclosure systems and implementation of PEPs requirements form an important part of a jurisdiction’s corruption prevention regime.  The two have operated separately to date; however, there are potential synergies that could foster corruption prevention efforts and ultimately produce better results than under a silo-approach.  By sharing asset disclosure information and making it accessible to financial institutions and financial intelligence units, asset disclosure regimes can help with PEPs identification and ultimately help to fulfill their own mandate of preventing corruption – essentially a win-win scenario for both sides.

The reality is that corruption is devastating developing countries, with an estimated US$20-40 billion loss per year through corruption.  It can be tough to get away from our silo-approaches and share information.   Having a requirement on paper on PEPs is good, but far from sufficient. Providing more information to financial institutions on who are PEPs and how to have better knowledge and understanding of these clients – and hold the financial sector accountable for its preventive role, can make a difference.