Jump-starting job growth through new approaches to Industrial Policy was the topic of the final public event convened by Justin Lin in his role as the Chief Economist of the World Bank, assembling a distinguished group of policymakers and policy-watchers – including one of his predecessors as Chief Economist: Nobel Prize-winner Joseph E. Stiglitz of Columbia University. The wide-ranging roundtable and forum, co-chaired by Lin and Stiglitz, brought Industrial Policy to the fore of the International Economic Association (IEA) agenda. 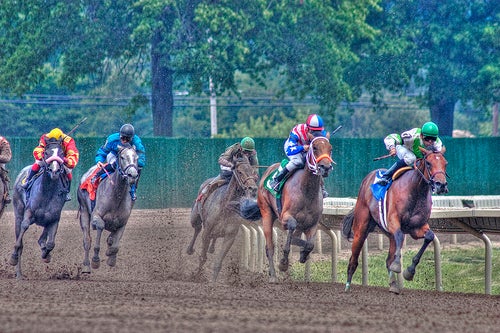 “From history, we know that all the successful countries . . . all benefited from government’s active participation” in economic development, Lin emphasized. Government has an indispensable role, he said, in helping facilitate the development of industries that can drive “continuous structural changes through technological innovation” through active Industrial Policy – thus leading to the kind of industrial upgrading and diversification that sustains long-term growth.

“Industrial Policy”: Now there’s a phrase that you seldom hear nowadays – at least in the mainstream Washington debate. The concept of Industrial Policy – which calls for calibrated policy interventions to promote growth in specific sectors – has been downplayed for far too long in American economic policy. That has needlessly narrowed the country’s range of policy options – even though country-by-country variations on Industrial Policy have succeeded in focusing many nations on their most promising economic priorities.

The recent IEA roundtable and forum were a logical follow-on to Stiglitz’s September 2011 Development Economics lecture, chaired by Lin, in which he underscored government’s positive role:

“The key to Industrial Policy is thinking about ‘market failures.’. . . It’s not about ‘picking winners’: It’s [about] trying to figure out why markets may not work. . . . The fact is that almost all successful innovation has involved a large role for government,” said Stiglitz.

“So there’s been a long history,” said Stiglitz. “And it’s not really ‘picking winners.’ You don’t want to ‘pick losers,’ of course. But it’s really identifying sectors where the government can have a catalytic role and address a whole set of ‘market failures.’ And there’s really a credible record of governments in doing that. . . . The fact is that Industrial Policy can [have] and has had a very important role – in all countries, and it’s even more so in developing countries, in emerging markets.”

Even the formidable intellectual firepower of Lin and Stiglitz, however, must still contend with an unreconstructed remnant of free-market dogmatists who dwell in some libertarian echo chambers of Washington and Wall Street. The idea of any active government role in the economy, however pragmatic it may be, remains anathema to the laissez-faire absolutists who helped propel the global economy toward the abyss. Before the Crash of 2008, their opposition had been so vehement, Stiglitz told the IEA roundtable, that the very term Industrial Policy “was a word that had a bad odor, including within these walls [of the Bank], not that long ago.”

After a generation in thrall to free-market fundamentalism, Washington continues to speak only hesitantly about activist policies – even though its fealty to laissez-faire orthodoxy provoked the greatest crisis of capitalism since the Great Depression. Perhaps Lin’s and Stiglitz’s efforts to rehabilitate Industrial Policy will eventually help Washington loosen its old ideological blinders.

Free-market purists have been chastened now that the Great Recession has removed the intellectual underpinnings of their theories, making this economic juncture “a really important time for rethinking Industrial Policy,” said Stiglitz – with Lin’s works serving as “landmarks in shifting the intellectual debate on these issues.”

Lin departed from the Chief Economist’s post on June 1 to return to teaching at Peking University, but he will be remembered at the Bank, along with Stiglitz, for his contributions to reviving the debate over Industrial Policy.
Lin saw the IEA forum as “an opportunity to plant seeds” so that his successors can “re-open the discussion of Industrial Policy in the coming years.” Lin’s books, journal articles, policy whitepapers and speeches have laid a strong foundation for continuing to refine Industrial Policy.

It will never be easy to tailor precise policy responses to countries’ different development conditions – and many questions about variations in Industrial Policy surely remain to be answered. Yet with laissez-faire passivity now thoroughly discredited, many policymakers are eager to fine-tune policies to spur the economies of each country, region or metropolitan area.