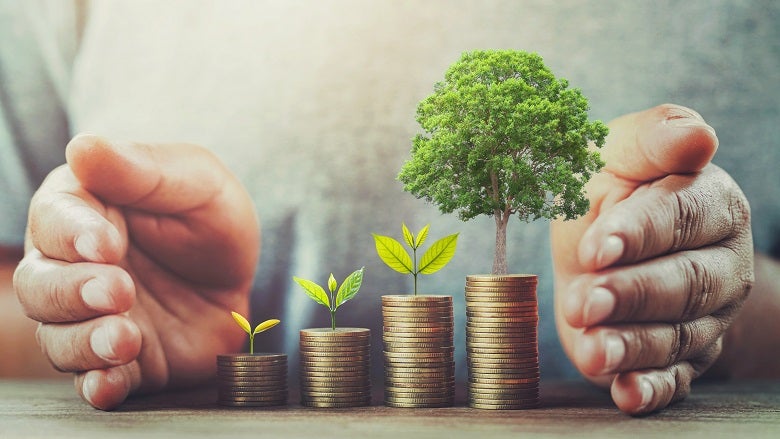 This blog is part one of a two-part series on the shift toward sustainability among global firms (part 1) and the way in which a conducive investment climate can help developing countries achieve a green recovery (part 2).

2020 was an unprecedented year. The COVID-19 pandemic resulted in not only significant loss of life around the world, but a dramatic disruption to the global economy that is expected to usher in the first reversal in the fight against extreme poverty in a generation. At the same time, threats to environmental sustainability reached new heights with the amount of carbon emission rising to levels not seen in four million years (417 parts per million). In fact, 2020 capped the warmest decade on record and was tied for the warmest year ever.

One silver lining of the COVID-19 crisis is that it has raised critical awareness of the sustainability dimension of economic development.  Policy makers and development institutions, including the World Bank and the IMF, are calling for stronger emphasis on environmental sustainability as countries plan for the recovery period.

In parallel, increased scrutiny from regulatory authorities, consumers, investors, and financial markets could push firms to be more environmentally responsible and identify synergies between sustainability and business rationale.

Rising pressure from governments and markets

In April, leaders of major economies pledged to take aggressive action to combat climate change, including a commitment by the United States to reduce its emissions by 50 percent by 2030 from 2005 levels. The announcement followed the European Union’s green deal, which commits the bloc to climate neutrality by 2050, and comes ahead of the 2021 United Nations Climate Change Conference (COP26) summit taking place in November.

The implications could be felt by countries—and companies—across the world. Both the EU and the U.S. are exploring the possibility of imposing a carbon border adjustment tax, which would apply to imports from countries with less ambitious climate policies. The move could shift the calculus for global companies as they assess their business strategies for these major markets, upending global value chains.

Pressure from financial markets has also been growing. Investment managers such as BlackRock, as well as financial regulators such as the U.S. Federal Reserve, are pushing major companies to disclose emissions across their supply chains and draw up plans to decarbonize their operations. At the same time, the United Nations Conference on Trade and Development (UNCTAD) estimates that the value of sustainability-related investment instruments (such as green bonds) reached between $1.2 trillion and $1.3 trillion in 2019, signaling that there are opportunities for firms to capitalize on the push for sustainable growth.

New evidence from the World Bank’s Quarterly Pulse Survey of Global Multinational Enterprises (MNEs), as well as data on foreign direct investment (FDI) projects, shows that companies are responding to this pressure with an increased focus on sustainable investment. Results for the fourth quarter of 2020 showed three-quarters of respondents—MNE affiliates operating in developing countries—increasing their focus on sustainability and decarbonization of products since the onset of the pandemic.

Foreign investors are also responding to rapidly declining costs and significant growth potential in renewable energy generation, which will be central to achieving a low-carbon economy. As the pandemic wreaked havoc on oil markets, data suggest that a dramatic shift toward investments in clean energy has taken place.

Greenfield FDI in renewable energy totaled $85.5 billion globally in 2020, hitting new highs and eclipsing FDI in fossil fuels for the first time. This shift wasn’t limited to developed economies: FDI in renewables in developing economies totaled $17.6 billion (across 142 projects), exceeding the $13.6 billion announced in fossil fuels (across 42 projects), based on analysis of fDi Markets data.

A challenge and an opportunity for developing countries

The shift toward sustainability will fundamentally change the way that countries need to think about competitiveness and investment attraction. As multinational enterprises look to decarbonize their supply chains, robust national green policies and local supplier capabilities may become a key selling point to prospective investors, as they in turn look to meet the sustainability standards expected by end consumers.

For developing countries, the rapid growth of green sectors—including renewables, energy storage, electric vehicles, green buildings, and waste recycling—present opportunities for skilled jobs, productivity growth, and economic transformation. But whether countries can access these benefits will depend on their climate goals and strategies, their approach to carbon pricing, access to finance for their companies, and a conducive investment climate.

The Impact of COVID-19 on Foreign Investors : Evidence from the Quarterly Global MNE Pulse Survey for the Fourth Quarter of 2020