The COVID-19 crisis has contributed to increased global awareness of the critical importance of biodiversity and ecosystem services, or the benefits people obtain from nature, for both social well-being and economic development. The Dasgupta Review, a seminal study published earlier this year, found that global “natural capital” per capita has declined by almost 40% over the past 30 years, even as “produced capital”, and the global economy more broadly, recorded booming growth. The impacts of this degradation are becoming more apparent. They include reduced resilience to climate change and a higher risk of zoonotic diseases jumping to humans, which has been cited as a possible cause of the current pandemic. 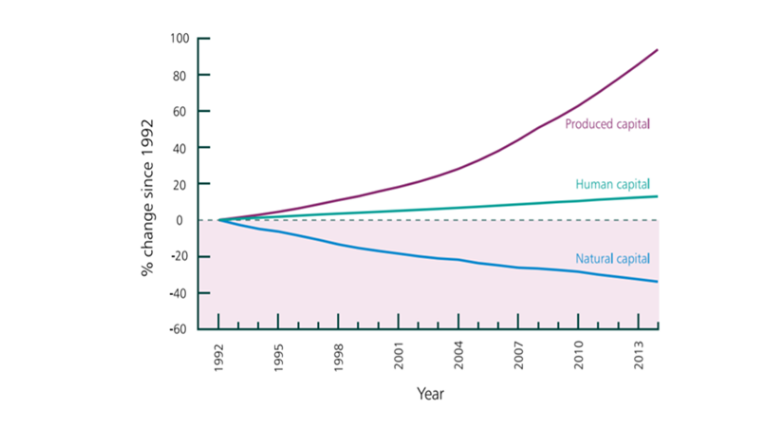 Protected areas (PAs) that are well-funded, socially inclusive and effectively managed are the most effective tool for conserving biodiversity.  That’s why protecting at least 30% of the world’s land and seascapes by 2030 (up from 16% of land and 7% of oceans now) is among the 21 targets included in the post-2020 Global Biodiversity Framework being negotiated under the UN Convention on Biological Diversity (CBD).

Despite their enormous social and environmental benefits, PAs remain grossly undervalued and underfunded. The pandemic has further intensified the challenge of raising funds for conservation. Government spending has been directed to emergency healthcare and social-protection measures, and the level of emerging market sovereign debt has risen. At the same time tourism, which is the backbone of private conservation finance, has collapsed. One recent study estimates that $67.6 billion is needed annually, between now and 2030, to manage existing PAs globally.

New sources of sustainable revenues – from regenerative agriculture, sustainable fishing or the sale of carbon or biodiversity offsets – are not yet at the scale required to reliably fill the gap. As a result, there is an urgent need for new funding sources for PAs. Adapting existing national park concession models to a new form of ‘PPP’ partnership – between public parks, public pensions and public companies – could be a solution.

Institutional investors increasingly demand that the capital they deploy not only generate a financial return, but also have a measurable social or environmental impact – as evidenced by initiatives such as the Finance for Biodiversity Pledge. The world’s largest pension funds have been described as “universal owners” – with millions of members and assets so large that they, in effect, own a slice of the global economy. As the United Nations-backed Principles for Responsible Investment has pointed out, these funds “give more weight than traditional portfolio managers to intergenerational concerns and to the sustainability of the economy as factors affecting future risk-adjusted returns.” This has led universal owners to use their money to support their local economies through investments with social and environmental impact – a practice known as “place-based impact investing.” This has long been the approach of the Government Employees’ Pension Fund (GEPF), which manages the retirement savings of public servants in South Africa through its Isibaya Fund. Additionally, several local government pension funds in London have committed to investing 1% of their funds to support local development.

A global coalition of universal owners investing together, in collaboration with the largest institutional investors in emerging markets, could be formed to pursue “place-based investing for the planet” – supporting the conservation and restoration of global public goods that are essential to the health of humanity, the biosphere and the global economy. Together, the global top 10 public pension funds combined with the global top 10 sovereign wealth funds control $15 trillion in assets.  If two-thirds of these funds set aside just 1% of their assets, they would create a pool of $100 billion. This could provide important seed equity to address the PAs funding gap in developing countries between now and 2030.

How can PA funding needs and public pension funds’ investments be brought together? One proposal involves the innovative use of public companies – Natural Asset Companies (NACs).  In this approach, championed by the Intrinsic Exchange Group (IEG), national parks could build on existing concessions frameworks. The land would still be owned by the national government with universal investors (international and local pension funds) making an equity investment in a NAC, which would have the sole purpose of maximizing nature and biodiversity. Sustainable revenue generated by the parks (through concessions for tourism, agriculture, sustainable timber or new revenue streams – including the sale of carbon or biodiversity offsets) would create “dividends” that could contribute to sustainable livelihoods for local community members, be reinvested in the NAC, shared with the government and invested in new PAs.

The NAC would be valued based on the intrinsic value of the natural asset as well as the value of the revenue streams coming from ecosystem services which can be monetized (now and in the future). Existing measurement and monitoring tools – such as the Management Effectiveness Tracking Tool (METT) for PAs – could be applied, alongside innovative ecosystem accounting approaches, such as the one that IEG is developing. Ultimately, the NAC could be listed on a stock exchange (preferably a local emerging market exchange to support capital market development) enabling all interested investors to invest in nature. This would create a new and uncorrelated asset class.

Former Bank of England Governor Mark Carney, speaking in London last year, asked, “why do markets rate Amazon as one of the world’s most valuable companies, but the value of the vast region of the Amazon appears on no ledger until it is stripped of its foliage and converted into farmland?” Creating the opportunity for NACs within national parks’ estates may enable investment from universal owners such as public pension funds to contribute to PAs' conservation and restoration activities  and may start to address the issue of markets failing to value nature. The national parks concept has been around for more than 100 years and these parks are well positioned to tap into new funding sources through the NAC model to ensure the preservation of vital biodiversity and ecosystems for the next century.