How are future blue-collar skills being created? 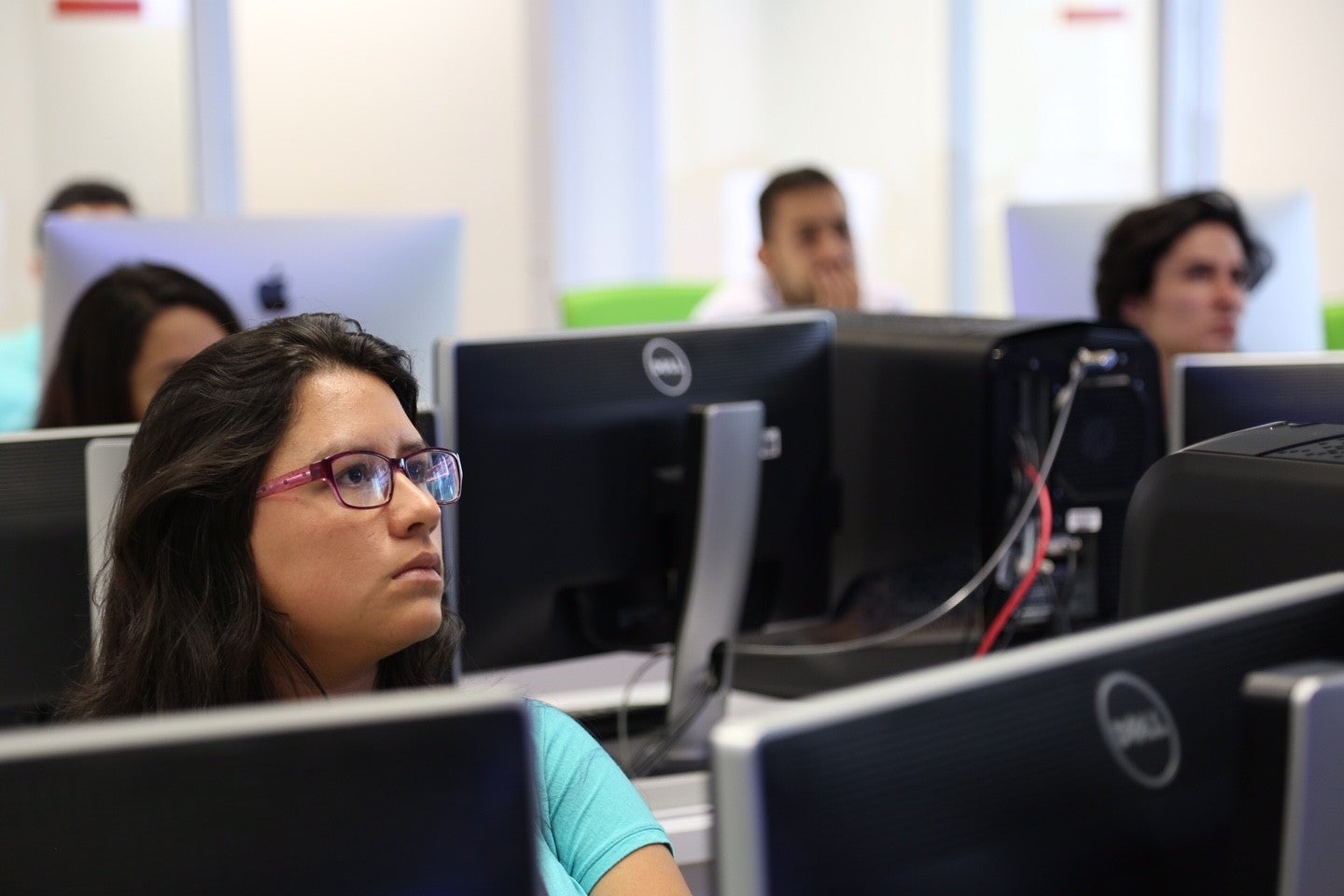 
The fourth industrial revolution is disrupting business models and transforming employment. It is estimated that 65 percent of children entering primary school today will, in the future, be working in new job types that do not exist today. These changes have been more noticeable in developed countries, with the 2008 financial crisis accelerating this transformation process. However, they are also affecting emerging economies that have traditionally relied on routine blue-collar jobs (e.g., textiles, manufacturing or business process outsourcing) for broad employment and economic development.

Start-ups are at the core of these disruptions in business models. In recent years, we have witnessed how completely new market categories have been created out of the blue, transforming entire sectors of the economy, including transportation, logistics, hospitality, and manufacturing. When start-ups disrupt a market, a new business category is created and new sources of growth and employment are generated.

When we think about start-ups and employment, the first thing that come to mind is the start-up founders, typically highly educated and motivated individuals. However, evidence from New York startup ecosystem, a testing ground of new jobs generated through technology after the financial crisis, suggests otherwise.

Second, more than 40 percent of these new jobs did not require bachelor’s degree skills or above. These are jobs like building a website, a basic database, a web or mobile app.

What are the skills needed to fill these categories — which we can call tech blue-collar skill jobs — and how people are being trained for them?

In New York, most of these skills have been generated through coding bootcamps. General Assembly, the largest bootcamp provider in the city, has become a basic tech-skills factory, producing hundreds (we estimated over 800) of graduates per year trained in intense two-  to three-month courses. These graduates turn directly into entrepreneurs or become employed in tech functions for both start-ups and other tech or non-tech companies.

My hypothesis is that these tech blue-collar jobs are a new category of blue-collar jobs that will increasingly allow lower-educated and lower-skilled populations to access new job opportunities. Anecdotal evidence supports this hypothesis. Coalition for Queens, a small coding program targeting low-income populations in Queens, is already achieving rates of employment of over 80 percent of their students in the start-up ecosystem in Manhattan and Brooklyn. Laboratoria, focused on women in the Latin American context, and IronHack, targeting unemployed youth in Spain, are achieving similar results.

To test this hypothesis further, we are conducting Decoding Bootcamps, an activity that will run coding bootcamps focused on lower-income, lower-educated populations in emerging economies and test with random control groups for the creation of new sources of employment and opportunities.

We selected three locations with sufficiently formed start-up ecosystems for this experiment in three different regions: Medellin, Colombia; Nairobi, Kenya; and Beirut, Lebanon. We have just finished the first batches of coding bootcamps in these locations and will start sharing the results of this experiment.

What are the coding bootcamp programs we are testing? The term “coding bootcamp” is sometimes used to refer to different categories of training, including simple one-day workshops. We focus on coding bootcamps that address the mismatch of skills demanded by tech needs of an increasing number of sectors in the economy.

In essence, these coding bootcamps are acting as skills demand aggregators, crowdsourcing skill demand and conducting a sort of “in-house training” for a fragmented constellation of startups and tech-related businesses.
Typically, these bootcamps conduct demo days for their students to get exposure to employers, acting as a clearinghouse of tech skills supply and demand.

This characteristic of matchmaker of supply and demand of practical skills for the industry and the emphasis on practical 21st-century skills makes the bootcamp model a methodology that can be extended beyond tech.

It is important to note, however, that coding bootcamps are not a substitute for traditional university education. They are complementing it in a very practical way, addressing the growing gap between traditional education and industry skills needs. This is not to say that school and university education is not reacting to this gap and evolving to address it and incorporate 21st-century skills. There is an increasing number of initiatives going in this direction, which will be the subject of a future blog.